What role does a school's curriculum play in terms of how well parents are likely to rate their experience of distance learning..? According to the WhichSchoolAdvisor.com Distance Learning Survey it matters a lot, with considerable differences in how IB, UK, US and Indian schools are perceived to be faring.
This article is part of an editorial series on Covid-19 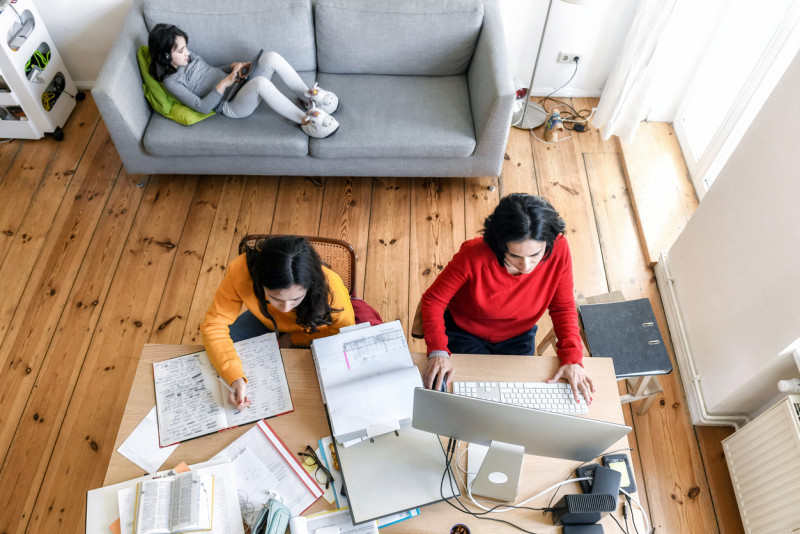 Q: Does the curriculum make a difference? Is a school's curriculum a predictor of how well parents are likely to rate their experience of distance learning..?

A: Absolutely, perhaps even more so than which phase a child is in.

IB schools lead the way, according to parents, followed very closely by UK schools, then Indian schools, and very much at the back of the class, US curriculum based schools.

In terms of how well a parent's school is perceived to have made the transition, 83% of parents at IB schools say their school has made the transition well, 80% of UK schools, 69% of Indian schools and just over one in two, 53%, of US schools.

It's a similar story for how well parents have been able to transition which means that it's not just about the age of the child, but how well a school is delivering, that determines the perceived effectiveness of online learning. IB and UK schools sit fairly close together, with a fairly positive story to tell, while Indian and US schools lag some way behind. In numbers, 69% of parents at IB schools, and 62% of the parents at UK schools, are said to have transitioned well. However, less than half of parents at Indian schools (47%) and US schools (40%) say they have done so.

The pattern holds for students. 84% of students at IB school are said to have adapted well to distance learning, falling to 71% at UK schools, 69% at Indian curriculum schools and just 40% of US schools.

Reading the open responses sent in with the survey "too hard" can mean one of two things. First, it can be too hard for the parents in terms of how much time pressure it puts on them when a school day is perceived to be very long, and the workload is not easily achievable. It also means, more simply, whether a child is able to understand and complete the projects given to them.

Getting the pitch right for Early Years and Primary seems most problematic. Parents do not want it to be too easy as then there is little substance to keep their child engaged. However, there is also a resistance to work that keeps working parents tied to their child, or causes conflict, in order to get them through their work.

In terms of engagement UK and IB schools both perform well, with 71% of parents saying work is sufficiently engaging. This falls to 63% in Indian schools, and a concerning 40% for US schools.

Parents of children in IB schools are the happiest in terms of the use of all of this technology, 80% of whom say it works well. 74% of parents at UK curriculum schools think the same. Surprisingly this figure falls sharply to 48% at Indian schools, and just 33% at US curriculum schools.

What seems abundantly clear from the survey, is that some of the biggest wins could come if schools were able to share best practice, and "What Works", not within but across curricula. We should bear in mind, however, that resources available to educators are not always equitable. UK and IB schools do tend to also be the schools with the best teacher to student ratios, and highest fees...

More: Is age an indicator for how well distance learning is perceived to be working?

Note: The WhichSchoolAdvisor.com Online Survey has, so far, had 284 responses from schools across the UAE. It is still open if you wish to share your thoughts. You may find it here.