Trying to choose a school and feeling confused about inspection ratings? With acronyms aplenty, and seemingly contradictory inspection ratings for British schools, how should a parent decide?
BSO, KHDA, ADEK Inspections: Why ALL Matter
By Susan Roberts 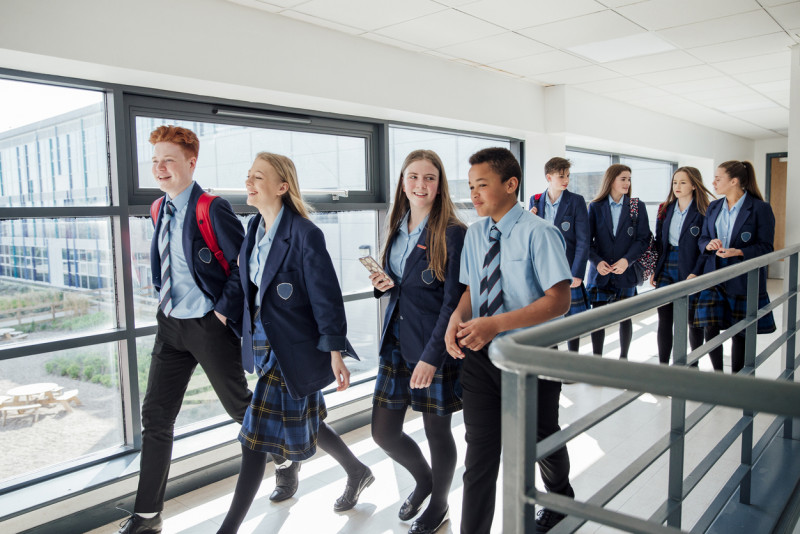 The British Schools Overseas (BSO) inspection scheme is a voluntary accreditation that British schools outside of the UK can choose to undergo in addition to the inspection schemes of their local education regulator (KHDA in Dubai, ADEK in Abu Dhabi, SPEA in Sharjah). The BSO inspection framework was created by England’s Department of Education, although inspections are conducted by inspectors from approved inspectorate organisations rather than from the Department of Education. These approved organisations charge a fee to schools who choose to undergo accreditation.

According to England's Department of Education, the BSO voluntary inspection scheme “ensures schools provide their pupils with the skills and qualifications they need to enter or re-enter the British education system.” It is also designed to “inform parents about how the standards in British schools overseas measure up against the standards that apply to independent schools in England”.

How are government inspections different?

Dubai’s private education regulator, the Knowledge and Human Development Authority (KHDA) is responsible for the growth and quality of private education in Dubai. ADEK has the same role for Abu Dhabi, and SPEA for Sharjah. SPEA, ADEK and the KHDA share the same common inspection framework.

The framework has been designed specifically for the needs of the UAE's multicultural population, within the context of the country's own cultural, religious and linguistic context. It takes into consideration the range of curricula present in the Emirates and aims not to assess the quality of education provided on the basis of a particular curriculum, but on broader indicators.

The most notable and significant difference between the two frameworks is the focus on Arabic and Islamic Education from the UAE framework, which is not a focus in a BSO inspection.

The UAE framework has recently included a forward-thinking wellbeing element, which is due to be featured in the next round of inspection results.

Why are so many schools rated 'Outstanding' by BSO?

While it may appear this way due to those rated ‘Outstanding’ often shouting the loudest, it is not the case that ‘Outstanding’ ratings are given out freely by BSO. Several UAE schools have been awarded a ‘Good’ rating from BSO in recent years (still very much a respectable rating), including Capital School, International School of Creative Science Nad Al Sheba and Arcadia School, all of which are also rated ‘Good’ by KHDA. It can certainly be argued also that, as the BSO inspection scheme is voluntary, schools who are not confident of receiving a respectable rating are unlikely to enter into it.

It is generally considered not to be the case that one of these inspection frameworks has higher standards than the other, but rather that the two frameworks differ according to their very different contexts. Both types of inspection take place over multiple days, include a broad range of class observations, interviews of leaders, teachers, parents and students and an in-depth look into school policies, planning and assessments.

He went to explain:

“The inspectors were highly experienced and had delivered over 200 inspections worldwide, including many for the KHDA.”

BSO inspections are typically conducted by three - four inspectors, who will typically visit between 30 – 60 lessons, conduct 25-40 meetings, and may observe other activities such as assemblies, enrichment activities and parent workshops.

How can a school get different ratings?

Simple, while the two inspections have some areas of commonality, they also have areas of difference. Parents need to understand what each is examining to determine which individual ratings are most important to them.

The performance of a school in Islamic Studies and Arabic are extremely important to the UAE rating, but much less so to the BSO, for example. The BSO weighs Britishness as valuable, while the KHDA, SPEA and ADEK seek to understand how the UAE is integrated into the curriculum.

It is extremely rare for a British school (or any international school for that matter) to receive a rating of more than ‘Acceptable’ or ‘Good’ in Arabic or Islamic Education in their government inspection report. While this will not necessarily pull down a school’s overall rating, for a school to be rated higher than 'Good' overall, they must receive a rating of ‘Outstanding’ or ‘Very Good’ across almost every other inspection area (a tall order indeed).

New schools also typically find themselves at the lower end of the KHDA, ADEK or SPEA inspection ratings. While KHDA state that a new school can achieve a 'Very Good' or 'Outstanding' rating in their first KHDA inspection, no new school has actually done so. It is generally considered a significant achievement for a new school to receive a KHDA rating of ‘Good’, although this may confuse parents using these ratings in selecting a school in Dubai for the first time.

One such example is Brighton College Dubai, a highly regarded school that achieved a ‘Good’ rating in its first KHDA inspection, in the 2021-22 inspection cycle, while receiving a rating of ‘Outstanding’ in all areas, in its BSO inspection. As is often the case in British schools, the highlighted areas for improvement in the school’s KHDA inspection report were its Arabic and Islamic Education provision, which are significant areas of focus within the criteria for students’ achievement within the KHDA framework.

Head Master, Simon Crane, referenced this major difference in the frameworks when asked about the disparity between the two ratings:

“The two frameworks are quite different, in particular the KHDA has a much greater weight on Arabic medium subjects. BSO also has a British values element while KHDA, understandably, includes UAE elements. Nonetheless, any inspectorate will focus on pupil achievement, compliance, and welfare. We were delighted to be graded outstanding in every category.”

In its KHDA inspection report, Brighton College Dubai was praised highly for students’ personal development, partnerships with parents, procedures for health and safety, quality of facilities and student attainment in English. Praise for these elements of the school were consistent in the school’s BSO inspection report, although with differing assessment criteria around teaching and learning, and notable areas such as spiritual, moral, social and cultural development (where British values are a criteria), BSO rated the school at a higher level.

Another Dubai school to be inspected by BSO in 2022 was Safa British School. There is less of a disparity between the school’s KHDA and BSO inspection ratings, with a ‘Very Good’ from KHDA’s most recent inspection result, and an ‘Outstanding’ in all areas from BSO. It is important to note, by way of comparison, that this school has undergone eleven KHDA inspections prior to the most recent one published, from 2019-2020.

Areas of excellence, rated as ‘Outstanding’ in the KHDA’s inspection report, were personal development, social responsibility and innovation skills, health and safety, care and support and parents and the community. Almost all other areas were ‘Very Good’, with the exception of Arabic and Islamic Education. When removing the most significant differences in framework criteria (Arabic and Islamic Education from KHDA and the British values element of Spiritual, Moral, Social and Cultural Development from BSO), there is little difference in the ratings given.

Which inspection rating should parents value most?

When assessing how to use the information these inspection reports provide, it is important to keep them in context and consider your own individual needs and expectations from a school. For families intending to return or relocate to the UK during their children’s education, BSO ratings will be of relevance. These inspection reports can not only provide an insight on the quality of education provided, but also on the alignment of the school to independent schools in England, allowing for a smoother transition upon their return.

For families who regard Arabic and Islamic Studies as being key elements of their child’s education, a BSO report does not provide any in depth assessment in this area. The UAE inspection framework used in the SPEA, ADEK and the KHDA inspections provides considerably more relevant information in this area.

For families who do not fall in either of these categories, it is a good idea to consider both reports when assessing the strength of a school, as well as other voluntary inspection schemes, and reviews and parent ratings on WhichSchoolAdvisor.com and SchoolsCompared.com. Rather than using the overall school ratings only, it is advisable to consider what your priorities and your child’s key needs are, before delving into reports to explore which schools excel in the areas that matter to you.

Further reading: School inspection reports and how to read them