'Beyond Insha'allah': How To Make Arabic Engaging

'Beyond Insha'allah': How To Make Arabic Engaging
By James Mullan 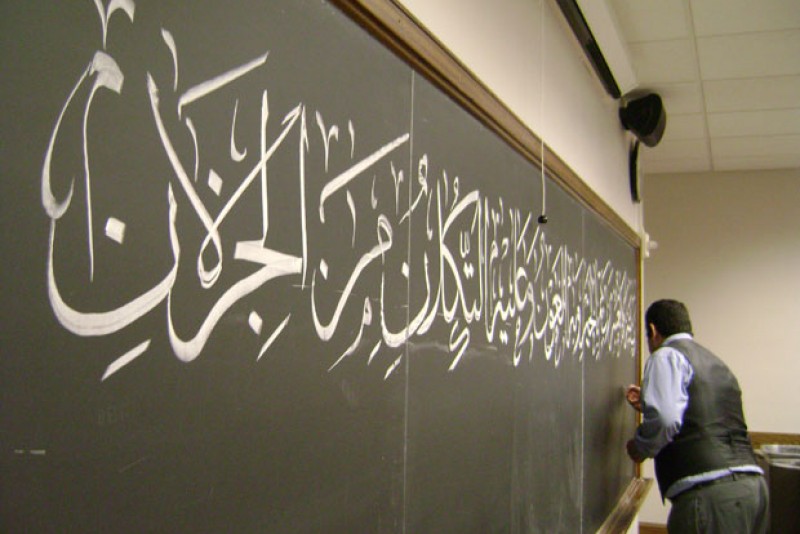 In the UAE Arabic is part of the curriculum. Due to KHDA initiatives, its teaching now takes up many hours of the school day, but the success that should follow is yet to come.

There are many reasons for this, ranging from the quality of the curriculum to the limited availability of quality resources, such as books. The training of teachers needs to be of the standard, and in numbers, that can satisfy this noble ambition. However, that is not all.

Not so long ago it was considered an essential part of good manners to learn the language of a host country. The readiness and ability of most Emiratis to speak good English, partly accounts for this seeming lethargy on the part of many expatriates, because, unfortunately, most non-Arabic speakers who live in the Emirates stay that way, despite even an extensive stay. Why is this?

Arabic is a difficult language for many learners, as the orthography is both challenging and complex, and the sound system feels very alien to many speakers of other languages. While European, Asian and South American people are familiar with, and more accepting of, the need to learn foreign languages and the difficulties facing learners when confronted with such challenges, those who grew up learning English first are not. Part of this is no doubt caused by the ready availability of English speakers the world over, leading to an unfortunate complacency towards the need for language learning. There is still more to this.

Children attending non-government schools in the Emirates learn whatever language the curriculum they are studying demands from them, in addition to Arabic. This is quite a burden, but not an insurmountable one.

Another contributory factor is that due to the large numbers of resident expatriates in the Emirates, originally many signs and instructions were in English; in some cases in English only. This reduced the need for learning even the most basic levels of Arabic, by all but the most enthusiastic language learners.

All this is about to change and rightly so.

It takes a minute to look around in the world and understand that the old ways of finding employment for life and sticking with it are gone. Our children will need a wider and more diverse range of skills than any generation before, because the world is changing and they need to be adaptable to stay afloat. Economic, social and educational storms come and go. Governments and reforms come and go. But for now the need to make a living does not.

Is it really fair to condemn the learning of Arabic as a difficult and time-consuming challenge? In reality our children are given the chance to learn a language IN THE COUNTRY (well one of them) IN WHICH IT IS SPOKEN - which is usually heralded as the greatest language learning asset – yet we readily overlook this. Why? This is an opportunity missed.

Our attitudes have to change, and perhaps, with our help, initiatives, enthusiasm and understanding, the necessary resources and facilities will follow suit.

Foreign children rarely have the opportunity, and are often too shy, to try their language skills out in the streets of the country. This robs them of the pleasure of having real life experiences of their success at meaningful communication in Arabic. Once learning is reduced to a classroom exercise, with no connection or need for it outside the classroom, it becomes an artificial and futile-seeming activity; it is doomed to failure.

At the moment seeing an expatriate child trying to interact, for example at the border crossing, causes pleasure and amusement to those encountering it. Would it not be possible for this to become an everyday occurrence?

One initiative, being put in place by a British school in Dubai, is attempting to help with this noble endeavour. By providing children with a badge identifying them as children wanting to try out their Arabic in the world, this school is working on providing its students with opportunities to practise their spoken Arabic skills on willing members of the wider community. Much more could, indeed should, be done.

Looking around us we see companies all over the Gulf increasingly focusing on employing Arabic speakers, for business reasons. Most people thus employed attain senior positions in companies because, in addition to Arabic, they speak at least one other language to a very high level.

Can we not give our children the same benefit in reverse – the bonus of learning Arabic in addition to their mother tongues? Arabic, in our times, is often the difference between getting a job or not, here in the Middle East. Instead of bemoaning the ever increasing numbers of Arabic lessons, should we not change our stance and support rather than fight or dismiss these developments? Perhaps if children had more of an interest and curiosity towards Arabic as a language, its orthography and conventions, they would approach it in a more willingly.

In this, as in so many other things, parental example goes a long way. If parents also work towards enhancing and supporting the learning of Arabic here in the UAE, the production of quality resources, the development of state of the art interactive teaching materials to complement a curriculum relevant and enticing to young learners will soon follow suit. In the past the curriculum did not progress or alter from one study year to the next, resulting in generations of children learning nothing but the Arabic alphabet. This has changed considerably due to the efforts of the government and the KHDA. Realising that a precious opportunity was being squandered, they are working to improve the teaching of Arabic in the land. It is the start of a long process for now. However, with the support of parents on board all such moves will go a lot further.

Many people find the different types of Arabic confusing – Classical? Gulf? North African? Sudanese? These are valid questions. Although classical Arabic, the language of the Quran, is common to all and the formal written language, spoken Arabic can have huge regional variations -  in many cases leading to two Arabic speakers not being able to understand each other (similarly to German and Swiss German). Unfortunately here a learner has to make a choice or follow the curriculum of the country.

To a lesser degree, the learning of English provides the same challenge: American? Scottish? Irish? From Yorkshire? London? Put yourself in the shoes of a learner for a moment. Imagine a child who has a teacher from Birmingham one year, followed by one, say, from Scotland the next. The accents, pronunciation, even turns of phrase vary, yet ultimately every learner learns English, many to very high levels.

Could our own children not achieve the same in Arabic, with a little help from us – their parents? Should we not work on ways forward together?

All parents want their children to be content, no, happy. As the boundaries between work and daily life become ever more blurred, the need for future employment to be something that gives our children pleasure and satisfaction becomes paramount. As we work towards that, shouldn’t we exploit all opportunities that may present themselves?