The top university destination choices for UAE school-leavers are changing, with the Netherlands becoming a popular choice in recent years, and an increasing number of UAE teens gaining scholarships for top US universities. In this guide, we focus on applications to some of the most popular university destinations for UAE school leavers: UK, USA, Netherlands, Canada, Germany, Australia, India and UAE.
Applying to Universities: A Guide
By Susan Roberts 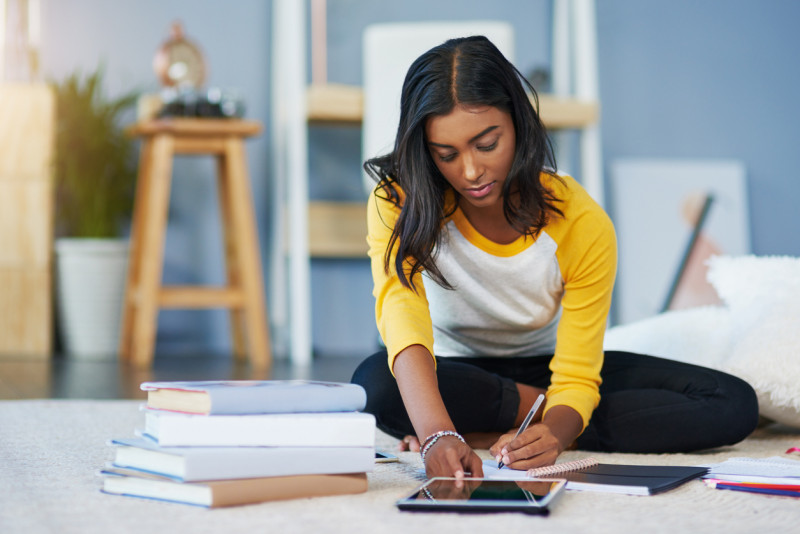 University destinations for UAE school-leavers are changing. While the UK remains the dominant choice, there is no doubt final destinations are becoming more diverse. This should not be a surprise: Some countries, notably the US, are actively targeting top UAE teens with scholarships, while the likes of the Netherlands and Germany offer highly attractive fees and still teach in English.

What do university applications entail?

"Generally a student will require a personal statement or entrance essay, a reference from their school teacher or careers counsellor (often also called a letter of recommendation), a list of their qualifications, their predicted final grades and an application form containing basic details like name, address and passport information."

For many students, the personal statement is the area in which they will need the most guidance. A personal statement should not merely be a record of the student's academic achievements, but should paint a picture more broadly, including activities and initiatives they have lead or taken part in, within and outside of school, skills they have developed and relevant experiences they have had. It should also detail why they are applying for the course, and what makes them a suitable candidate for it.

"In addition to the written application, a student may have to sit an entrance exam, submit a digital or physical portfolio, complete an audition or send a video entry. They may also be invited to interview, either face to face or via Zoom. Finding out what the requirements are as early as possible will help students prepare and be thorough in their preparation, allowing them to avoid stressful last-minute cramming."

How can applicants stand out?

Students are advised to do all they can to stand out from other applicants. Having top exam results is not enough to secure a place in the world's top universities. Ms Dickerson provided her top tips on how students can stand out in their applications:

When should students complete their applications by?

With some university application deadlines being as early as September of the year prior, it is advisable to start researching university and course choices well in advance of this. Ms Dickerson explains:

"The university application process, as a rule, should start in the student’s penultimate year of study, though research and exploration of potential destinations should start much earlier. Each country has its own deadlines, so being aware of these a year in advance is helpful."

USA: Universities in the US have three in-takes across the year (September, January and May) but September, as with most countries, is the primary in-take. Application deadlines for US universities vary between universities and courses, but also according to the conditions of the application, which the student can choose. The US has a system called ‘Early Decision’, which involves a student applying early (usually in November) and then being legally bound to accept an offer if one is made. ‘Early Action’, meanwhile, also enables a student to apply early, but without the legal obligation to accept any resulting offer. 'Regular Decision', which most students apply under, usually has a January or February deadline.

Germany: German universities have two in-takes per year: September/October and April. The majority of courses start in September, with some a little later in October. For the main September/October intakes, the application deadline is usually 15th July, while the April in-take deadline is usually 15th January. Some universities set deadlines earlier, particularly for courses with "numerus clausus" (limited spaces available).

Australia: The academic year in Australia typically starts in February, rather than September,  although many universities also have a July in-take. Application deadlines vary but are typically between October - December for the February in-take and March-June for the July in-take, although some universities have earlier deadlines.

"It's a good idea to apply as early as possible for two reasons: being first in line means your application will be considered earlier and a decision will be made quicker, giving you peace of mind or more time to find alternatives if you are unsuccessful; and applying early also means you can then take your mind off filling in applications and focus on your studies, leading to better results."

How does the application process work?

United Kingdom: UK university applications go through a streamlined platform operated by UCAS, which allows students to process all their application documents in one place. For a small fee, UCAS then collates and directs the application to each student’s chosen universities. This system allows students to select up to five course/university choices. In the event that all five applications were unsuccessful, a student would be given the opportunity to add one more choice at a time. In recent years, a small number of UK universities have started to accept applications from international students outside of UCAS, and these must be handled directly with the university.

Netherlands: Applications for universities in the Netherlands generally go through a platform called Studielink, however it is best to check with individual universities whether you should apply this way as a minority use alternative methods. Applicants can select up to four courses at a time, of which only two can be subject to Numerus Fixus.

Germany: 180 of Germany's 380 universities use an online application platform called uni-assist for applications from international students. This centralised system will review your  documents and provide a VPD certificate, which provides the German universities you apply to with the German equivalency of your grades, allowing them to respond with their decision on your application.

Australia: While there is a centralised university application system for applicants within Australia, international students are generally required to apply to individual universities directly. Most universities will detail their requirements and process on their websites.

India: While there are some centralised state-wide systems for government universities and colleges, the majority of universities in India will require students to apply directly, as per the individual university's requirements and processes.

UAE: There is not a centralised system currently in place for UAE university applications. Applications are submitted directly to the individual university and the student will typically be made an offer quite quickly and on a case-by-case basis.

Conditional Offer: In most cases, a conditional offer of a university place means waiting for results day to see if exam results meet the conditions set by the university. This is common from universities in the UK, Netherlands and some UAE universities. While US universities do not typically use this terminology, offers typically come with the condition that the applicant retains their level of academic achievement in their final year.

Unconditional Offer: This means the applicant has already met the entry requirements and can accept the place should they choose to.

What happens if the applicant is unsuccessful?

With applications at an all time high in many top universities, it's a good idea for students to have a plan B up their sleeve. Ms Dickerson offered this advice:

"If a student doesn’t get the offer they were hoping for, all is not lost. Many universities now offer entry-level or foundation programmes that are designed precisely for this scenario. Students can apply for these as per the same deadlines or when final results have been declared, provided there are spaces available."

A foundation programme is a UK-inspired study course designed to fill the gap between a student's current level of qualification and knowledge and the level needed to be admitted to their desired degree programme. This means an additional year of study but it would still result in gaining an undergraduate degree as planned.

"Other options include taking a gap year to re-sit examinations alongside a fruitful employment or charity position. In a gap year, a university will be looking at how the student has enhanced their skills and how they are now a better student than when they first applied. Ultimately, all universities are looking for the strongest candidates who will go on to achieve great things, so they can be proud of the opportunities they provided students and so the students can be credible alumni for them."