Al Najah: An Affordable Future on the Horizon

Al Najah, owners of Horizon schools and Sabari Indian School has had its share of ups and down, but WhichSchoolAdvisor.com gets the feeling with the appointment of Kenneth Jones, the school group now has a clear and defined plan for the way ahead.
Al Najah: An Affordable Future on the Horizon
By C Hoppe 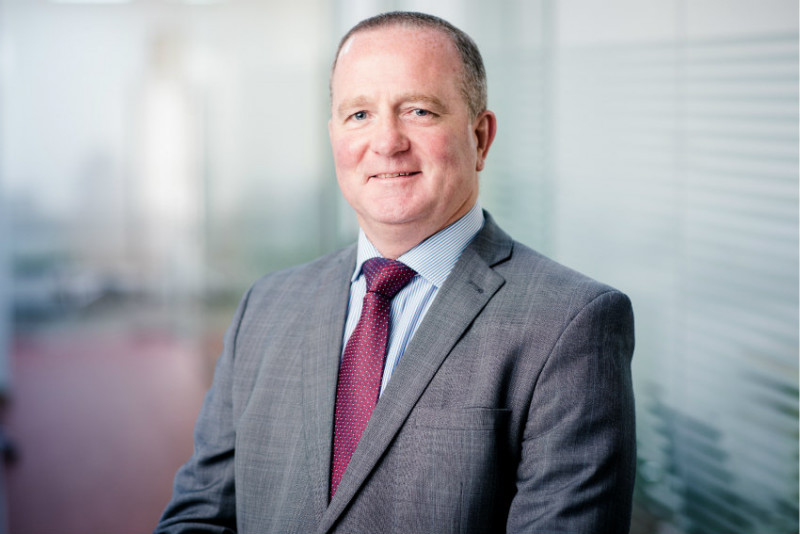 We meet the group's new director of education to find out more about the man himself and of course, and how he plans to make the UK curriculum schools a compelling proposition.

Jones first arrived in the Middle East in 2010, working initially for GEMS Education. He began as director of consultancy services, then went on to become country director for Qatar.

During this time he launched two new 3,000 capacity schools for the group in Doha - "from land deal, through construction, to launch,” he says.

Although his stint at GEMS Education in Qatar had been successful, Jones learned through the process that he most liked and missed the feeling of turning around and improving ailing schools.

“My background is in school improvement,” he says. “I started as a teacher way back in 1989, I was a very young head teacher, very young senior advisor… I took that experience and I set up my own business as a school consultant.”

Jones arrived in the UAE after being contacted by several head-hunting companies that were looking for turnaround expertise for Abu Dhabi based Dhafir Group.

The Dhafir Group owns and manages two schools, one in Abu Dhabi and one in Al Ain. The school group’s origins began back in a villa in the Western region, when the owner couldn’t find the right school option for his own nine sons.

“One of the schools was making money the other wasn’t. It was being supported by the owner, and they’d only ever had poor inspection ratings.”

“But there was a lot of potential. They were full, and they had waiting lists… so I met the whole family a couple of times over a week, I really liked them… They really wanted the schools to be better.

“The first inspection [for the Al Ain school] was about six months after I arrived. We worked really hard and it paid off. The school went up to Good. That was great for the community. It was the first time the school had got to that level.

"On the back of this, the waiting list for that school jumped from three or four hundred to nineteen hundred.

"And then six months later the school in Abu Dhabi was inspected too, and that went up to Good as well.”

Although the original plan had been to pen more new schools, Jones says it became clear that the costs of construction would be prohibitively expensive.

“I could carry on making incremental improvement,” he says but the fundamental part of the job was done, “and substantial expansion was not going to be there.”

So he left and joined the Al Najah Group based in Duba where he believes there is a real opportunity to roll up his sleeves and make a difference.

We’ve got schools at three different rating levels in Dubai, from Very Good to Acceptable,” he says.

“I don’t move jobs lightly. But I visited each of the schools and spent time in them. I got to know the people. These are great places for students to be. For the most part the parents love their schools. In each one there is already a history, a community...

They also succeed in being international, and quite British as well says Jones. "Horizon English in particular has that international flavour, but if you walked into the schools having just arrived in Dubai from the UK, it would feel comfortable. There are happy children learning, the environment is fantastic, the staff work really hard.”

Interestingly, and perhaps very much a sign of the times, when Jones speaks of improvement his biggest focus is not staffing, buildings or facilities. “All schools are premium offerings in terms of staff, and quality of teaching. The focus now is on student achievement, and - an area the CEO and I have been discussing for the last month - on affordability.”

“In my first eight weeks, all three schools were inspected.”

“It was a tough first eight weeks because I spend quite intensive periods in in each school in the build up to the inspection, for me to get to know the staff and where the school was.”

“And what was really clear in all of the schools was they had all made really significant progress since the last inspection… across significant numbers of indicators.

“School improvement is a hard process, but what I’m absolutely sure of is, they all have the right principals and the right leadership teams…

"We have got the people who can keep building the capacity and moving those schools forward.”

Good rated Horizon International School (HIS), the UK curriculum all through school, is where Jones is placing initial significant focus.

Located in Umm Al Sheif, Dubai, HIS has always felt very much a ‘community’ school, with a focus on a rounded education at slightly more affordable fees than many of its competitors in the area.

However, much of the momentum the school had built up was lost in 2016 when its principal resigned and with him a substantial number of the teaching staff. Parental confidence followed.

“Inevitably, when a principal who has been at the school for a while, leaves… staff always leave with him or her… people don’t like change, even if the change is for the better. They just don’t like change,” says Jones.

“Some are loyal to the principal and follow, some people just don’t like a new regime that puts in more demands on people.”

However, the appointment of Lee Davis formerly of GEMS Winchester as head, has seen upper management at the school stabilise once again.

“The principal has gone through that pain barrier and he’s also completely restructured the senior management team. What was really great about the latest inspection, was the Secondary department came out really well. This is very much an endorsement of what the principal is doing, the new Secondary leadership team is doing, and recognition of the standards students are now achieving..

Jones admits they still don’t have the numbers they want moving from Horizon English (HES) to Horizon International (HIS) at the end of primary.

"We are still working to the point where HES parents are saying HIS is at the top of my list; where they say, "you know what, I can see there are advantages of staying within Al Najah... So let's do that”.

“I think the more distance we put behind the exit of the previous administration, as we increasingly publish inspection reports which states the leadership of HIS is now the strongest it has ever been… the more students will naturally just jump to HIS. It will become obvious and natural.

To encourage HES parents to remain with the group and attract other parents to HIS, Jones took a long hard look at the pricing of Horizon International.

“If you visit the website, look at the published fees, yes, they look quite high.” he says.

When you look at the school, at the Foundation stage, it’s been rated at Outstanding… and the fees are really reasonable at around AED 30,000.”

“Then you go into the early Primary and the fees are still reasonable,” he says. “But then, all of a sudden, you reach Year Five and it spikes up, and then the Secondary really goes up.”

The steepness of the rise just wasn’t even.”

“So we WILL make it easier for our parents who love the Foundation and love the Primary and start finding it tough at the top end of Primary, particularly if they have got more than one child.”

Jones has applied to the KHDA to lower the fees at HIS.

"More than that we’ve also gone to our Year Five parents and our Year six parents and said "Listen, this is going to be the new fee structure, however to make it even easier to stay with us, we’re actually giving you a bigger discount… We have reduced our Year Seven fees for existing HIS and HES students by 25 percent."

As a parent of four himself, Jones gives the distinct impression he not only understands education, but is acutely aware of the increasing financial strain on so many of Dubai’s parents.

“The approvals are with the KHDA right now.”

Clearly these kinds of changes are substantial and show that Al Najah is serious about making things work, both for the school, and for its parents.

Although there is still a lot to finalise, Jones is talking about a new series of scholarships at Horizon International although they won’t come into effect until next September. "For some students, there will be anything from 10 to 100 percent scholarship, and that will be based on abilities and talents.”

Al Najah and Horizon's recent history has been marked by the need to react to unexpected events. The company's director of education is clearly drawing a line in the sand, and putting in proactive measures to wrestle back control of the company's future. Our interview with Mr Jones gave us an awful lot of confidence that, at last, the horizon really is opening up for the school group, its parents and most importantly of all, its students.