We thought an update to our original article following the release of the KHDA inspection reports and public exam results in 2020 was overdue. But with no full inspections since that time, the feedback from parents has become all the more important. In addition to what the inspectors thought, find out which schools parents think are the Best Indian Schools!
21 Best Indian Schools in Dubai, 2022 Update
By C Hoppe 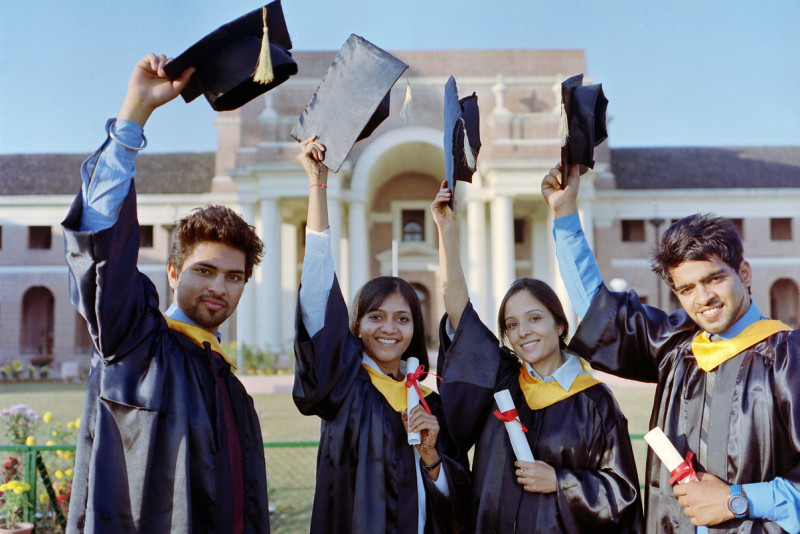 Our review of the best Indian curriculum schools in Dubai is driven by information from several sources.  Traditionally, we have relied heavily on the results of the Dubai School Inspection Bureau (DSIB) annual school inspection process - and will continue to do so.  However, with no full inspections taking place since early 2020, and exams having been postponed or assessed, what parents have to say about the schools their children attend is all the more vital now!

Increasingly, we are using feedback provided to us by parents, students and teachers through our school surveys as a key means of identifying the schools felt to be performing at the highest level by their community.  A further set of increasingly relevant data being made more available by schools are examination results and where these have been revealed, they are now included in our updates.

The Dubai schools’ regulator, the Knowledge and Human Development Authority (KHDA)'s DSIB teams started to inspect schools in the emirate in 2008. The KHDA has put in place an increasingly rigorous process of inspection visits. Schools are inspected against a core set of six performance standards - usually on an annual basis - and rated from Outstanding, Very Good, Good, Acceptable and Weak to Very Weak.

The KHDA also seeks to focus on and improve performance across a range of specific areas that reflect the UAE’s National Education agenda. This means that the demands on schools increase annually, and it is only through a process of continuous improvement that schools are able to retain or improve their rating. To understand the criteria behind the KHDA's ratings, read What Makes a School Outstanding

For parents new to the UAE education scene wondering where the remaining families from the sub-continent and its neighbouring countries send their 40,000 plus children to school, the answer lies predominantly with British curriculum schools. The English National curriculum remains popular with families who may be considering sending their children to university in the UK, or who expect to continue to provide their children with an international education (in the UAE or elsewhere) until they leave school.

Recently, there has also been some interest in the International Baccalaureate curriculum, which is viewed generally as the most broad and academic curriculum, and increasingly as the gold standard for the world’s highest rated universities.

The opening of Ambassador International Academy offering a mixed UK/IB curriculum (and with a strong reputation as a result of its well-regarded CISCE curriculum Ambassador School and Kindergarten), appears to have piqued the interest of some Indian families.  In addition, the only Outstanding rated Indian curriculum school - GEMS Modern Academy - also offers an IB Diploma Programme option for Grade 11 and 12 students. Global Indian International School also had plans on opening to offer the IB Diploma programme to its Grade 11 and 12 students, though has stuck with the CBSE for the time being.

The 2019-20 KHDA inspection cycle saw 32 of 34 Indian curriculum schools in Dubai inspected - the closure of AMLED and Bilva Indian schools has reduced the overall figure of 2021-22 to 32 schools.

To WhichSchoolAdvisor.com, 2019-20 looked like a period of on-going consolidation for most Indian curriculum schools, though there have been several improvements in KHDA ratings from Good to Very Good. No school was added to those achieving the top Outstanding rating – leaving GEMS Modern Academy to carry this banner alone again.

There were never going to be changes among the very top rankings with Outstanding rated GEMS Modern Academy, and The Indian High School, together with Delhi Private School (both rated Very Good) retaining their ratings. This followed the decision announced by the KHDA in September 2019 that schools operating at the two highest rating levels would be inspected in a shortened one day visit which would essentially (barring disaster) lead to them retaining their current rating. The focus was clearly on showing that these schools were continuing to improve against those recommendations set out by the inspection team in the previous year.

For the first time, our tables now show the WhichSchoolAdvisor.com Parent ratings, based on the Parent Opinion Survey which parents are asked to complete. Based on replies to the 28 questions on the survey, schools can achieve a top rating of 5. Our chart shows the parent rating for each school out of this figure.  Interestingly, just because a school is rated highly by the Inspectors, this is not necessarily reflected in the Parent Rating!

* Fees for Grades 11 and 12 for CBSE versus IB curriculum respectively.

According to KHDA data, this means that 6,244 students attended Indian schools that have improved their rating. For the second year, no schools declined in the overall performance judgments.

Of the remaining Indian curriculum schools, 11 were rated 'Good'. This means that they are performing at a level above that required by the Regulator (Acceptable is the lowest required rating). Historically, and somewhat controversially, the KHDA had encouraged and related improved performance to an ability to increase school fees.  This now appears to have been adapted to ensure that schools which genuinely need additional resources to improve are able to apply for additional funding through fee increases.

There were no new schools added to the list of Good schools in the 2019-20 inspection round.

10 schools were rated 'Acceptable' and just one received the lowest possible 'Weak' rating. Among the Acceptable schools, was Amity School Dubai, which had been inspected for the first time.

Global Indian International School, which was due for inspection for the first time during 2019-20, missed out on its inspection due to the Covid 19 related school closures, but still succeeded in achieving second place according to parents on the 20 Best Indian Schools as rated by Parents.

Not all schools that are in the WhichSchoolAdvisor 20 Best Indian Schools as rated by Parents are included in the above charts - some, such as Global Indian International School and Bright Riders School (rated no.18 by parents)  because they have not yet been inspected, whilst others are rated Acceptable and yet are still highly regarded by parents such as Gulf Indian High School (rated no.1 by parents!)

Finally, the third source of information that we at WhichSchoolAdvisor.com consider when arriving at our view of the Best Schools is in relation to Academic Performance, notably in respect of public examinations.

Where schools publish this information (and we strongly urge all schools of all curricula to make this information available), we see this as a useful and important set of data, even if, for Indian families, results from the CBSE or CISCE exams are less relevant for university entry. We do also strongly believe that exam results are not, and should not be the be-all and end-all of education, but they are, none-the-less a relevant measure.

However, as a measure of how well students are achieving by comparison with other schools, this is the closest to independent information that is generally available. Of course, with the cancellation, postponement and use of assessment to arrive at results for exams students missed as a result of the Covid 19 pandemic, even these results do not provide as much data as would usually be the case.

The majority of schools did not publish results information for 2020-21, and the last full updates are therefore:

Where schools have published results for 2020-21, these will be included within the school review.

We strongly advise parents to look at all three sets of information, together with the detailed reviews provided for each school. Parent opinion can be found under the tab above the school review. Where insufficient data has been provided by parents, the data will not be available.
The KHDA inspection reports also include a final section which covers Parent and Student Feedback to the regulator, though this is not as detailed as the WhichSchoolAdvisor.com survey.

The latest KHDA inspection reports can be found under the Inspection Report tab above the review, and we would always encourage you to read the full report, in order to understand the reasoning behind the overall rating.

It may well be that as a parent, you do not necessarily share the same priorities as the Regulator, and it is important to understand where the inspection team's focus lies and how relevant this is to your child's needs.  Understanding the context of the inspection particularly applies to schools who may not yet be rated as Good or higher, but may well be a long way along the road to improvement.