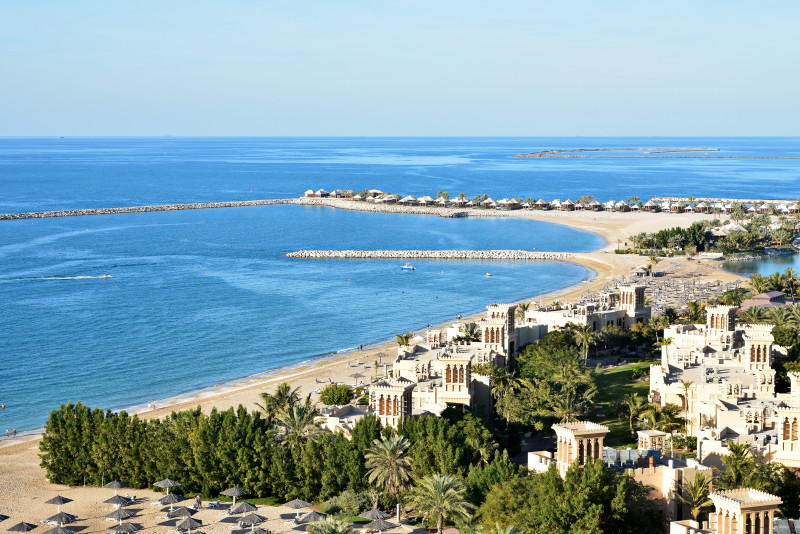 Jazirat Al Hamrah is in the southern part of Ras al-Khaimah. The town was originally a tidal island and occupied by those who worked in the pearl fishing industry. It is currently well known for its collection of abandoned houses, popular with tourists who come to photograph them.

Jazirat Al Hamra is broken up into the smaller Jazira Alhamra old village and old town and the newer residential area where nurseries and businesses are located, all overlooked by the famous Al-Hamra Rachellee Watch Tower.

The main economic sectors of Jazirat Al Hamra are real estate projects and industry, including cement and ceramics.

Jazirat Al Hamra is based in Ras al-Khaimah, which borders the Omani enclave of Musandam. Convering an area of 1,684 square km and with an estimated population between 250,000 and 300,000, Ras al-Khaimah is one of the smallest of the seven emirates. Due to a larger share of rainful and underground streams from the surrounding mountains, Ras al-Khaimah has the most fertile soil in the country.