Nothing is impossible
“We, in the UAE, have no such word as “impossible”; it does not exist in our lexicon. Such a word is used by the lazy and the weak, who fear challenges and progress. When one doubts his potential and capabilities as well as his confidence, he will lose the compass that leads him to success and excellence, thus failing to achieve his goal. I require you, youth, to insist on number one.”
HH Sheikh Mohammed bin Rashid Al Maktoum
Vice President and Prime Minister of the UAE
Umm Suqeim 3
Dubai, UAE 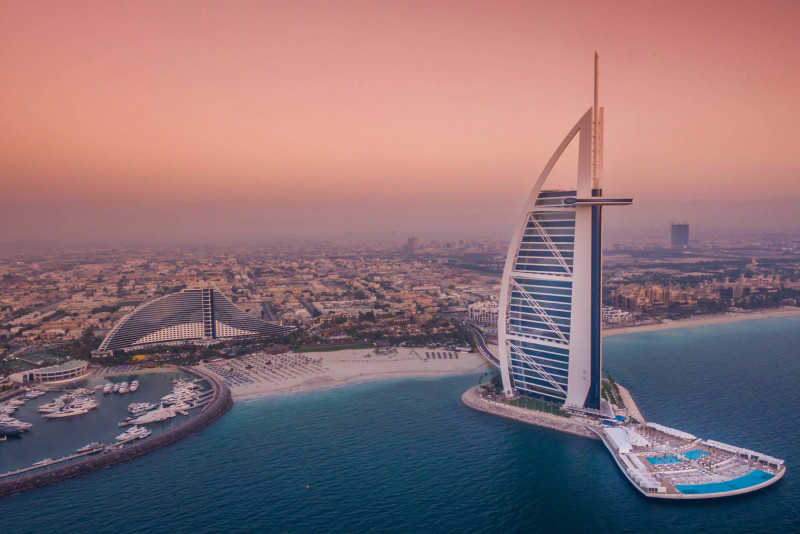 Bordering one of, if not Dubai's best open Beaches, Umm Suqeim 3 also is next to two of its landmarks - Jumeirah Hotel and the Burj Al Arab. These two buildings are certainly not the newest or tallest towers in Dubai, but they are probably its most elegant, one depicting an Arab sail, and the other a wave. They were built prior to the boom of 2002 -2008, and perhaps reflect, despite their modernity, an older, slightly more relaxed Dubai.

Umm Suqueim itself, in between Jumeirah Road and Al Wasl road, is very laid back. The area is largely one of villas, but there are still big plots of land just off Al Wasl road that are empty - but won't be for long given the development going on. The majority of this development is for the Madinat's second phase of development, which will include 45 luxury villas and hotel apartments, a 450 room hotel, commercial centre, and more restaurants. The cost has been estimated at 2.5bn AED.

Current rents in the area for a 3 bedroom villa range from 200,000 AED to 300,000 AED per annum. Inhabitants are a mix of Emiratis and expats. Villas can be either standalone, or part of a compound - the latter perfect if you like your communities ready made.

The beach is 10 to 15 minutes away from pretty much anywhere in Umm Suquim 3, and residents regularly walk, and bicycle their way to the sea on the weekend. The Madinat with its restaurants and bars is also a few minutes away.

Umm Suquim 3 is home to a number of schools, most notably Raffles and Kings' school, two well regarded schools. There are also a number of primaries in the area - Jebel Ali Village Nursery, Golden Beach Nursery and Kids Palace Nursery - which means some of the smaller roads get a little choked come the times for school pick up and drop off.

There are lots of restaurants across Umm Suqeim (Surf Cafe in neighbouring Umm Suqeim 2 is very, very popular), most of which deliver. However if you like to do your own thing in the kitchen a Waitrose has opened up on Thanya Road. Just a little further (5-10 minutes away, just over Sheikh Zayed Road) the Mall of the Emirates has pretty much everything you could possibly want from a retail outlet.