Nothing is impossible
“We, in the UAE, have no such word as “impossible”; it does not exist in our lexicon. Such a word is used by the lazy and the weak, who fear challenges and progress. When one doubts his potential and capabilities as well as his confidence, he will lose the compass that leads him to success and excellence, thus failing to achieve his goal. I require you, youth, to insist on number one.”
HH Sheikh Mohammed bin Rashid Al Maktoum
Vice President and Prime Minister of the UAE
The Sustainable City Dubai
Dubai, UAE 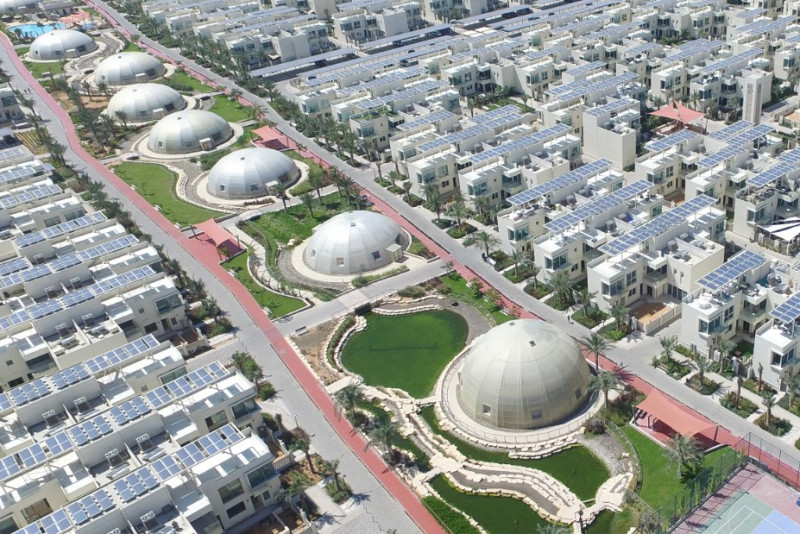 Situated on the Al Qudra road, just behind Arabian Ranches 2, The Sustainable City is the first net zero energy development in Dubai. The community is composed of 500 villas, 89 apartments and a mixed use area consisting of offices, retail, healthcare facilities, a nursery and food and beverage outlets. Apart from periphery roads and car parking areas, the development is a car-free site.

In terms of education, IB continuum Fairgreen International School opens within the community for the 2018/19 school year, and incorporates sustainability and innovation at the heart of its curriculum. Very close by are the more established and highly regarded Ranches Primary School and Jebel Ali School. For pre-school Jebel Ali Village Nursery is also close by.

The City is very much a commercial venture, proving that capitalism can be a force for good when it comes to sustainable projects. Not only is the concept attractive to investors, but actually its economics, certainly for the likes of solar, now make commercial sense. The project has been developed by Dubai-based Diamond Developers, whose Chief Executive Officer, Faris Saeed, has stated that much of his inspiration for the development came from UC Davis West Village.

Key elements of the City include:

As an area to live, feedback is largely positive. People who live there in general like it, enjoy its sense of community, its easiness to get around on foot and bike, and perhaps most importantly feed proud of what their community stands for.

remove_circle
On the periphery of new Dubai