Nothing is impossible
“We, in the UAE, have no such word as “impossible”; it does not exist in our lexicon. Such a word is used by the lazy and the weak, who fear challenges and progress. When one doubts his potential and capabilities as well as his confidence, he will lose the compass that leads him to success and excellence, thus failing to achieve his goal. I require you, youth, to insist on number one.”
HH Sheikh Mohammed bin Rashid Al Maktoum
Vice President and Prime Minister of the UAE
The Springs
Dubai, UAE 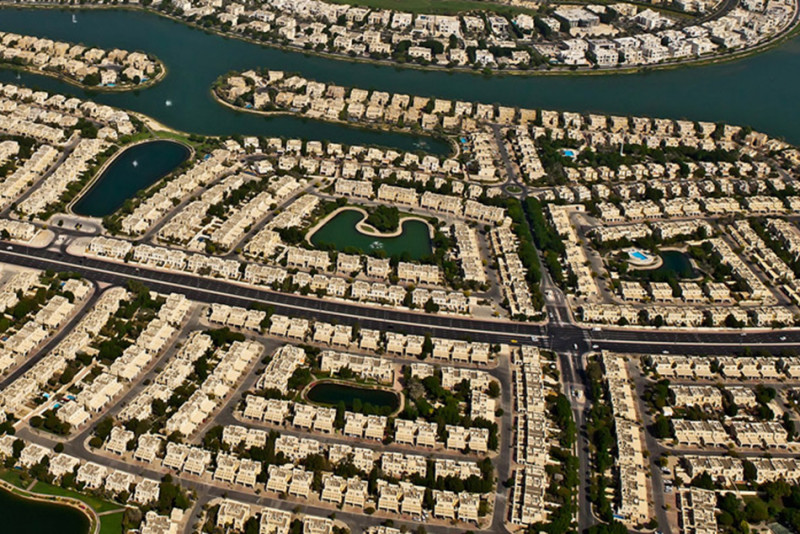 Two-bed villas are currently in the range of 125,000 to 150,000 AED per year, far from cheap but affordable for new Dubai - especially as the townhouses have their own small garden, garages and are very much a private space. A similarly sized apartment in Dubai Marina would cost more - starting from 145,000 AED plus per annum. Given it is relatively very central - it is close to both Sheikh Zayed Road and Khail road - and therefore has pretty easy access to almost anywhere, the Springs still represents very good value.

All the more so if you add in the facilities: The Springs, Dubai is made up of 15 smaller communities, each with its own swimming pools and sporting areas (like basketball courts). There are landscaped common areas, parks and children play areas, lakes and water features, BBQ areas, as well as mini-tennis courts. At the centre of the community is Springs 'Town Centre', a mall which has its own Spinneys super market, a Milk and Honey gourmet "corner shop", a Shakespear's cafe, Starbucks, a Hayya Centre (for a paid gym), and pharmacy.

Like its sister communities in Emirates Living, the Springs shares many of the same features: This is suburbia. It is green. It is (relatively) well manicured and maintained. And it is great, in general for kids.

As the more affordable option, it is less grand perhaps than for example, the Meadows or the Lakes, with the 2 to 4 bed villas described as small to medium-sized and "cosy" by those that live there. That is not estate agent speak for pokey. They offer a good amount of breathing space for small families that don't need/want to be able to lose each other. Think 1,700 to 2,000 sq foot of living space for a 2-bed, excluding of course the garden.

Like all communities built in this way, everything looks identical. It's slightly less the case now as time and ownership mean that gardens, for example, may look slightly different, but essentially this is a Lego like construction where the building blocks were limited in variety. There are few complaints about construction build - perhaps because construction was by Emaar, and the build is very simple. It's pretty difficult to get rectangular boxes wrong.

You do need a car if you live in the Springs and want to go anywhere else. This is a big community, so even the trip to 'Town Centre' will be a too far from some without an engine connected to wheels. There had been considerable complaints about the road that cut through the middle of the development, but noise about this (but not necessarily from it) has died down. There is some traffic congestion in and out of the area, but then this is Dubai, and bad road planning comes with the territory.

There is a community in The Springs, however it's really what you make it. There will be some residents that have not met their neighbours. Others will have the entire street round for a BBQ every weekend. How much you want to get involved is really down to you.

The Springs is popular, but it's also a sprawling, which means that there is always availability. It is a solid choice for Dubai, especially for those with families, and if living in the burbs is not your idea of hell, this is a community where the barrier to entry is not formidable, and that comes highly recommended by those really in the know - its residents.