Nothing is impossible
“We, in the UAE, have no such word as “impossible”; it does not exist in our lexicon. Such a word is used by the lazy and the weak, who fear challenges and progress. When one doubts his potential and capabilities as well as his confidence, he will lose the compass that leads him to success and excellence, thus failing to achieve his goal. I require you, youth, to insist on number one.”
HH Sheikh Mohammed bin Rashid Al Maktoum
Vice President and Prime Minister of the UAE
Sobha Hartland
Dubai, UAE 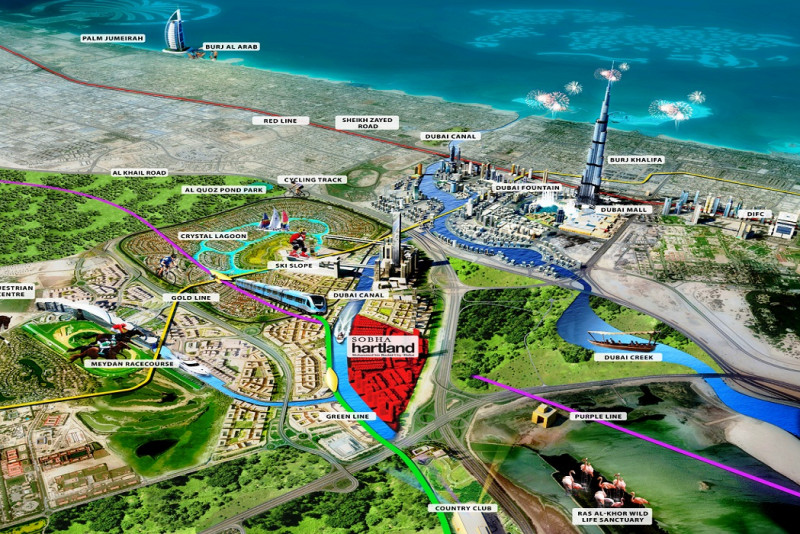 Sobha Hartland is a master-development within Mohammad bin Rashid City. It is composed of both residential and commercial property, and two premium schools - an own brand Hartland International School that launched in 2015, and North London Collegiate School Dubai,  that opened in September 2017.

With only two premium schools in the area, the master development has the honour of being the most expensive area in Dubai for school fees.

Sobha Hartland is still currently under-construction and is being delivered in phases.