Nothing is impossible
“We, in the UAE, have no such word as “impossible”; it does not exist in our lexicon. Such a word is used by the lazy and the weak, who fear challenges and progress. When one doubts his potential and capabilities as well as his confidence, he will lose the compass that leads him to success and excellence, thus failing to achieve his goal. I require you, youth, to insist on number one.”
HH Sheikh Mohammed bin Rashid Al Maktoum
Vice President and Prime Minister of the UAE
Jumeirah 1
Dubai, UAE 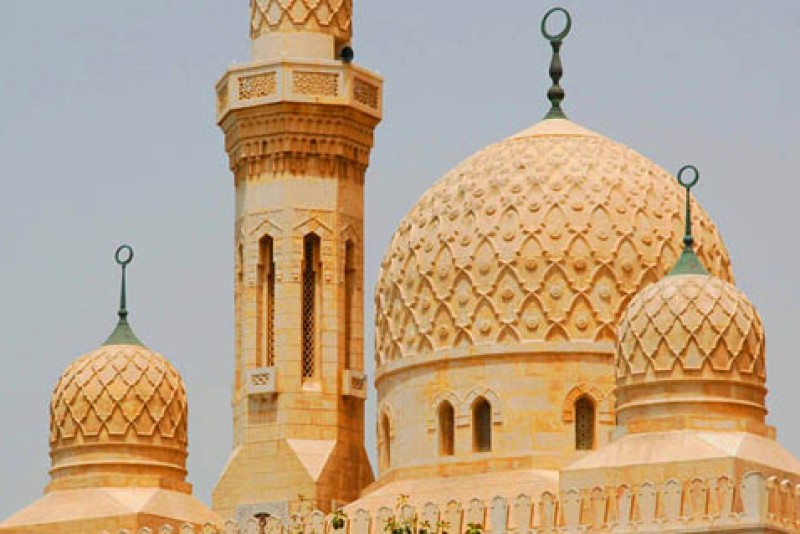 Once the centre of expatriate Dubai, Jumeirah is still one of the most loved areas for pretty much everyone in the emirate. It contains some of its icons - Jumeirah mosque (see picture), Jumeirah Beach (called at different times "Russian Beach", "Chicago Beach" and now just Open Beach), the Zoo as well as a number of smaller malls - Mercato and Palm Strip probably two of the best known.

Jumeirah 1 contains only one major school of note - Jumeirah Baccalaureate School (in the place of the old American School of Dubai), however there are many other schools nearby, in Al Wasl, Jumeirah 2, Al Safa, etc.

When it comes to the likes of Jumeirah 1, you cannot talk about a community as such, the divide between neighbouring areas more about zoning, however there are differences nevertheless between Jumeirah 1 and neighbouring Satwa, Al Badaa, and even Jumeirah 2. Jumeirah is without doubt elegantly rich, and despite the boom in New Dubai, it retains an element of refinement and laid back beach elegance all the glass, chrome and km tall towers in New Dubai cannot has not been able to put in the shade.

As a result Jumeirah 1 can be very pricey. Near JBS you can find low rise single story villas, which provide some "lower" cost options, but these are very difficult to get now that huge numbers have been demolished, and will still cost, approximately 180,000 AED plus plus for a three bedroom villa. There are some low rise apartment blocks, but again these are few in number. A two bedroom will cost on the range of 125,000 AED per year.

As a rule Jumeirah 1 is said to be the second most expensive place to live in Dubai, after Emirates Hills.

The arrival of new Dubai has had an effect on the demographics of Jumeirah 1. It has always been an area that UAE nationals have called home, but 10 years ago there were many more upper middle class expats in the area. The ability to own homes in new Dubai has meant a gradual shift away for those that have wanted to and can afford to own their homes, although many expats do remain.

As of 2012 there were almost 20,000 people living in Jumeirah 1, making it one of the most populated parts of the city.

For the unbelievably lucky, there is a thin strip of property that runs along the beach front. Unless you are highly connected, forget about finding one though - but it's good to dream!

Both Al Wasl road and to a lesser extent Jumeirah Beach Road get very congested, which can be painful if you're driving to either New or Old Dubai.

Overall Jumeirah is one of Dubai's best places to live in Dubai if you can afford it. It is a bit special, and if you can find one of the older compounds quite magical too. It is however pricey, and less convenient now the action has moved towards Dubai's peripheries...