Nothing is impossible
“We, in the UAE, have no such word as “impossible”; it does not exist in our lexicon. Such a word is used by the lazy and the weak, who fear challenges and progress. When one doubts his potential and capabilities as well as his confidence, he will lose the compass that leads him to success and excellence, thus failing to achieve his goal. I require you, youth, to insist on number one.”
HH Sheikh Mohammed bin Rashid Al Maktoum
Vice President and Prime Minister of the UAE
Dubailand
Dubai, UAE 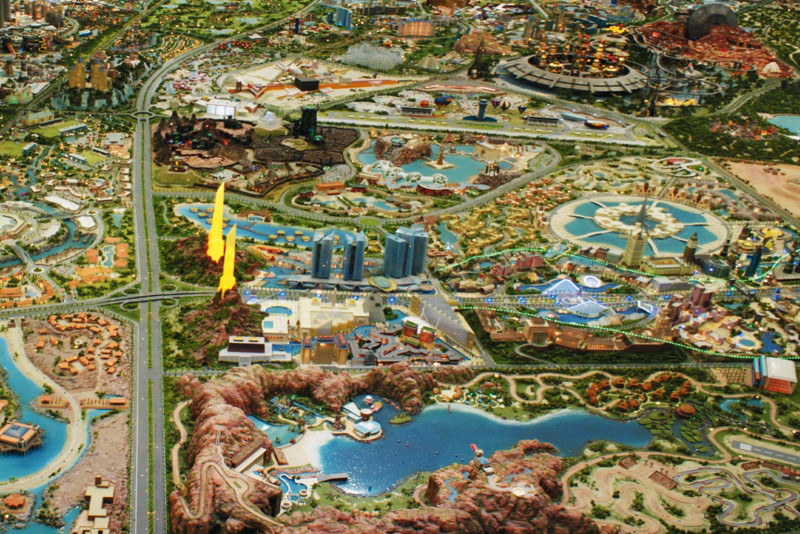 If you search on Google Maps for Dubailand you'll zoom in on the offices of the Dubai Land department near the Etisalat building somewhere in Deira, an area far from Dubaland in terms of both physical location and experience. That's principally because there is very little of the real Dubailand for Google to center on. The project remains more concept that reality, one of the few dreams in Dubai that has never really got off the drawing board. Its continually revised masterplan was, and remains, perhaps too big even for Dubai to vision and talk into a concrete reality.

Elements of Dubailand do exist but only in the form of disconnected residential communities in various stages of maturity.

All of these developments are of course the money making, real estate project that Dubai has proven adept at. They are not 'Dubailand' - supposedly the Middle East's answer to Disneyland, a vast 107 square mile site between Sheikh Mohammad bin Zayed Road and the desert.

Entering into the area was going to be like entering another universe, with clusters of internationally branded theme parks, and tens of visitor attractions every way you looked. Entering the area in reality, outside the residential communities, is entering scrubland. 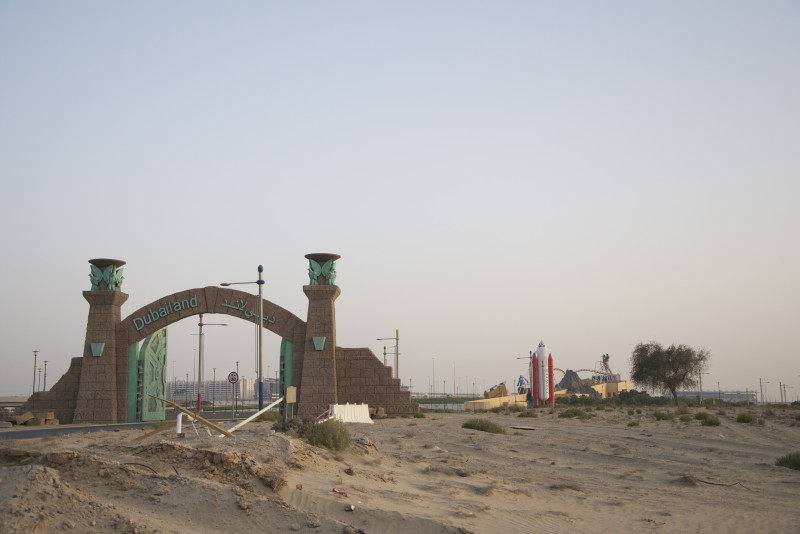 The big difference between the Dubailand of today and the Dubailand of 2003, the year it was first announced, is at least some of the infrastructure needed to move and accommodate its intended 15 million visitors exists. A desert however has settled on the the superhighway to the billions of dollars of international financing a project such as Dubailand needs.

So for now the area remains a very loosely defined, and aging concept that just so happens to home some of Dubai's more popular real estate communities, as well as curiosities such as Dubai Miracle Garden. It is no longer in the middle of nowhere, so perhaps no longer even needs the promise of Mickey Mouse or the Avengers to entice expats to shell out their hard earned money on new real estate. Arabian Ranches, for example, is in itself a magnet for other developers to build around.

The area is also is also close enough to the Expo 2020 site which is a new centre of gravity for a new, new Dubai. Schools are mushrooming around the area as the new developments are announced and begin to rise. Put simply Dubailand as it was once known may be a concept that is simply no longer required. By 2020, when the Disneyland of Dubai was meant to be home to 15 million visitors and 15,000 workers, the area may well be unrecognisable - but it will have been Expo's Connecting Minds' that connects the dots, and finally concretes over the scrubland.