Nothing is impossible
“We, in the UAE, have no such word as “impossible”; it does not exist in our lexicon. Such a word is used by the lazy and the weak, who fear challenges and progress. When one doubts his potential and capabilities as well as his confidence, he will lose the compass that leads him to success and excellence, thus failing to achieve his goal. I require you, youth, to insist on number one.”
HH Sheikh Mohammed bin Rashid Al Maktoum
Vice President and Prime Minister of the UAE
Dubai Sports City
Dubai, UAE 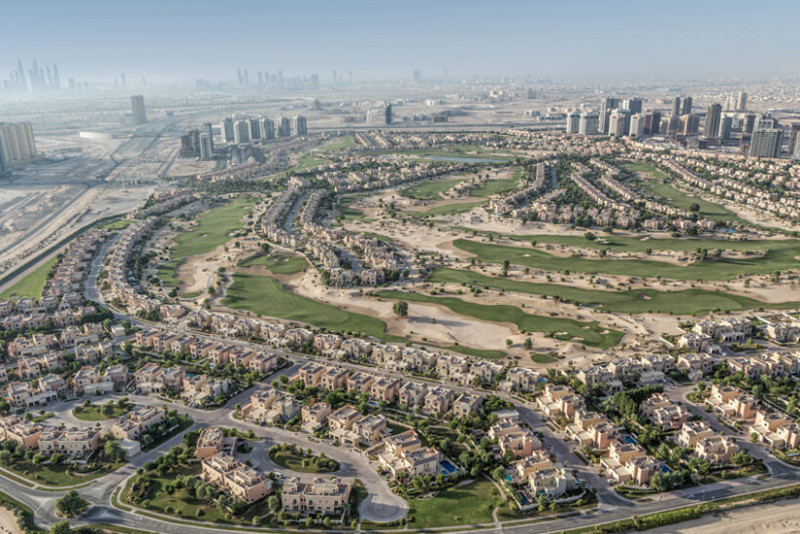 A look at the 50 million square feet master plan, followed by an aerial view courtesy of Google Maps, shows one of Dubai's most ambitious projects is getting there, and unusually - for the emirate - looks like it will end up pretty close to the original vision.

Parts of Sports City are beginning to bed down, most notably the residential, and more specifically villa based part of the plan (Victory Heights) centered around the completed Ernie Els Golf Course. This is of course the simplest, quickest, and least onerous in terms of capital expenditure, but there's headway elsewhere too, most notably with the 25,000 seater cricket stadium, a big tick for the development.

Dubai Sports City in fact features the 25,000 capacity cricket stadium, and a 10,000 seat multi-purpose indoor arena (the Dubai Dome). There are also sports academies for cricket, swimming, rugby, football, tennis and golf and the International Cricket Council has its HQ in the community. On the original plans there is also a 60,000-seater stadium for football, and a 5,000 capacity hockey stadium.

One of the area's main features, a central canal is surrounded by residential, retail and commercial buildings. The area around the central canal is supposed to be a "Riviera style development", and has largely now been built up, but vacant plots do remain.

Schools in the area include the UK curriculum and Very Good rated Victory Heights Primary School, and Good rated GEMS United School (formerly Bradenton Prep), a US curriculum school. Renaissance School also offers the US Curriculum based on the New York State Standards, and opened in 2018. For younger children, the IDEA Early Learning Centre offers a very interesting choice.  Schools close by include Nord Anglia in Al Barsha South, and GEMs Metropole in Dubai Motor City.

The primary shopping destination will - eventually - be Arena Mall, offering a 13,000 sqm hypermarket, an entertainment center, cinema, food courts and over 300 retail stores, when built.

remove_circle
Still very much under construction