Nothing is impossible
“We, in the UAE, have no such word as “impossible”; it does not exist in our lexicon. Such a word is used by the lazy and the weak, who fear challenges and progress. When one doubts his potential and capabilities as well as his confidence, he will lose the compass that leads him to success and excellence, thus failing to achieve his goal. I require you, youth, to insist on number one.”
HH Sheikh Mohammed bin Rashid Al Maktoum
Vice President and Prime Minister of the UAE
Downtown Dubai
Dubai, UAE 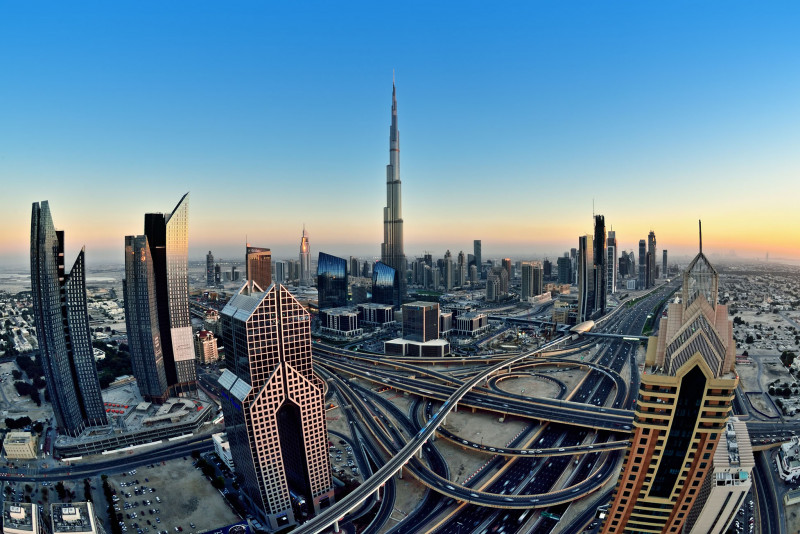 How do you create prime real estate out of desert? Simple: Build the world's tallest tower, one of its largest malls, sprinkle with canal ways, spice with a world beating opera house and a particularly valuable industry cluster, and hey presto 3,362 AED per square foot.

It's quite an up front investment however.The Burj Khalifa, surrounding waterways, and uber-fountains alone cost US$20 billion (Dh73 billion).

While there's no doubt that the timing of that kind of outlay was a little off (the Burj rose in the midst of the financial crisis), few would say what has been created has been mere hubris. Downtown Dubai has been one of the catalysts of the emirate's GDP growth - currently zipping along between 4 and 5%.

The area has become an established centre of Dubai with a capacity for 100,000 people. It would be hard pressed to describe it as the centre however, but similar to Canary Wharf in London for the financial sector and its army of high net worth individuals it is very much the place to be.

With a demographic with the highest disposable income, its obvious attractiveness to tourists here to spend money, as well those in the GCC able to afford a second home (real estate - 13% of Dubai's GDP) either looking onto or within the world's tallest building, and you have an area is tailored to a community that is not afraid of 5- star services.

The area, particularly around the Old Town, effectively a sub-community of Downtown, is particularly well served for high end restaurants, bars, clubs, etc either in Souk Al Bahar, or in Dubai Mall itself. Living in Downtown Dubai feels very much like city living with everything at your doorstep.

Even an opera house...

The Dubai Opera House, one of the areas most recent projects has proved a fantastic success. No one fortunate to have been would doubt this is a world class centre with a unique architecture - internally and externally - with acoustics to die for even on the cheapest seats.

One area that fall short, however are schools. There are no major schools in the area, and residents complain about a lack of pre-schooling options too. If you have a young family, make sure you do your homework, and determine whether a kindergarten is available to you, within a distance you can work with.

Note: There is a pretty good medical centre within the Dubai Mall itself.

The area is well connected, lying between Sheikh Zayed Road (SZR) and Al Khail Road. The beach is also 15-20 minutes away - if traffic is not bad. Unfortunately while access roads have improved considerably it is still painful getting in and out via its access roads. Dubai still has not got to grips with roads. You cannot build something so dense and then expect three our four lanes to suffice.

This is a shame as the area puts on an amazing show - especially on nights like New Years Eve. However if you do not live in Downtown, DO NOT GO - unless you liked being trapped in your car, or at the Metro station for a few hours.

House and rental prices are premium, but on a par with other tier one developments such as the Marina. Rents in the Old Town start at about 100,000 AED for a 1 bed, and 2-beds at 150,000 AED plus. However Old Town apartments can be quite gloomy, and are small, with even 3-bedrooms at around 2000 Sq Feet. For space and light, the towers tend to offer better options. They usually come with much better views, with can in truth be pretty special. However, they also cost more - in general - than Old Town options.

Note 1: Families often prefer the low rise options, while professionals and singles the high rise. That of course is a significant generalisation, however it makes sense - the Old Town is pedestrian friendly, with gardens and communal swimming pools which lends the development to those with children.