Nothing is impossible
“We, in the UAE, have no such word as “impossible”; it does not exist in our lexicon. Such a word is used by the lazy and the weak, who fear challenges and progress. When one doubts his potential and capabilities as well as his confidence, he will lose the compass that leads him to success and excellence, thus failing to achieve his goal. I require you, youth, to insist on number one.”
HH Sheikh Mohammed bin Rashid Al Maktoum
Vice President and Prime Minister of the UAE
Al Khawaneej
Dubai, UAE 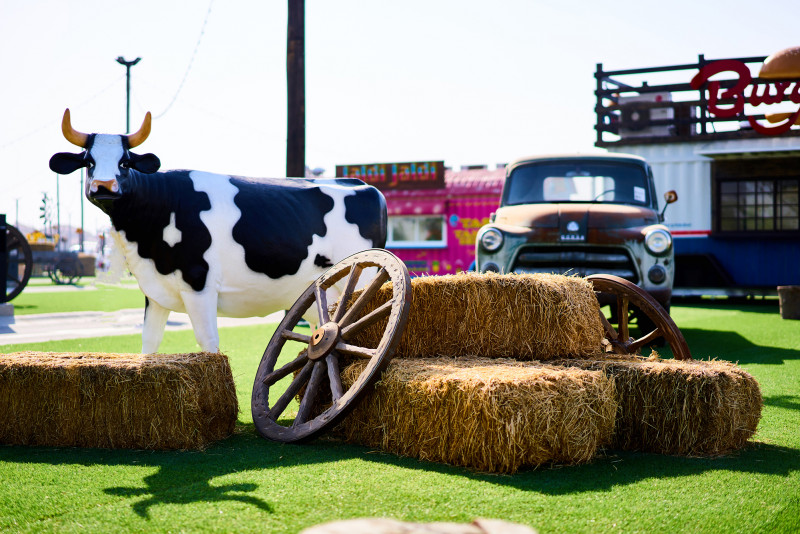 A largely Emirati area tucked immediately behind a more expatriate Mirdif, Al Khawaneej is largely villa based  and (currently) of the periphery of Dubai. The area is also in parts very rural, and home to private farms, some of which open their doors to visitors.

The area is also home to a Last Exit (pictured), one of Meeras' celebrated food truck parks - which celebrates it being a bit of an end of the line before the desert begins, but also its rural roots.

Given the local and rural nature of the area it is unsurprisingly not heavily populated with schools, although residents can easily pop into Mirdif. There is, however, a new school set to open in the heart of Al Khawaneej in September 2018, Ayjal School which will apparently follow a UK based curriculum.