Nothing is impossible
“We, in the UAE, have no such word as “impossible”; it does not exist in our lexicon. Such a word is used by the lazy and the weak, who fear challenges and progress. When one doubts his potential and capabilities as well as his confidence, he will lose the compass that leads him to success and excellence, thus failing to achieve his goal. I require you, youth, to insist on number one.”
HH Sheikh Mohammed bin Rashid Al Maktoum
Vice President and Prime Minister of the UAE
Al Karama
Dubai, UAE 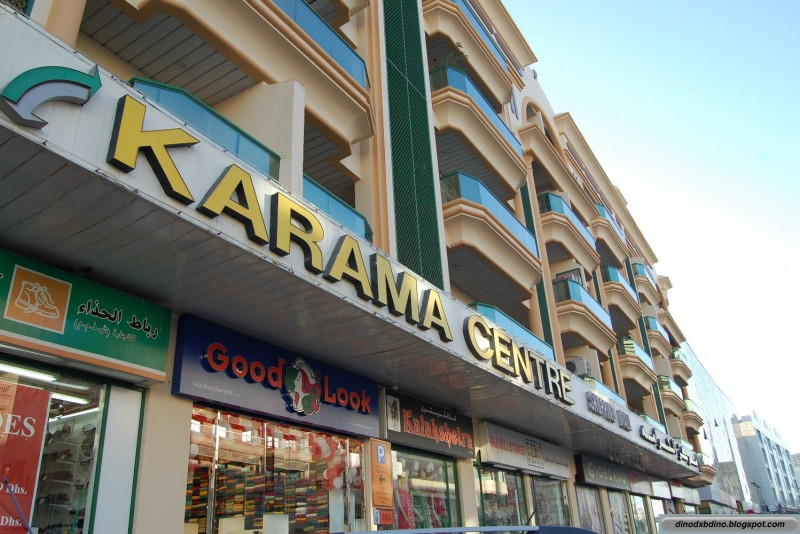 The majority of Karama's population are South Asian expatriates, although other nationalities are represented coming from the Philippines, Iran, Lebanon and many European nations. At the time of the last population census an incredible 3.5% of Dubai's total population were said to live in Karama - all the more impressive given its small area of 0.764 km2.

Well known for the place to go to for fake designer goods (bags, watches, belts...), furniture, and very colourful saris, Karama in Bur Dubai is one of the city's most interesting and diverse quarters.

Don't go and expect to be charmed by an authentic old style souq with arty cafes though - this is not a tourist area per se, but a place for trade and for living. It actually verges on the ugly: Think a lot concrete to build low rise slabs of very samey looking buildings, a lot of them very densely populated.

Tourists and residents alike do find it highly enjoyable to visit however, simply because of what can be bought. WSA is no expert, but the knock off bags are said to be almost indistinguishable from the real thing.

In the winter, when it is easy to walk around it is perhaps more charming. In the summer, when it's really, really hot and the concrete only adds to thermodynamically nuclear blasts of heat, make sure you know where you're going, for what, and get in and out fast.

Visitors to Karama also appreciate getting to try the cuisines from India, Pakistan, Philippines, Sri Lanka, China, Thailand, Singapore and the Arab world (usually a Lebanese/Syrian offering) that exist to serve the local population. There are of course coffee shops, shisha cafes, confectionaries, bakeries and highly popular tea stalls.

The majority of eateries are road side cafes and restaurants, and Karama offers dining very much on the cheap - 40 AED for two in the case of the Daily restaurant. The Ramee Royal does offer visitors the chance for dining with a stronger beverage, at greater cost, at It's Mirchi, a Bollywood themed restaurant/club that actually plays host to international premieres of Bollywood Movies.

Rent is very much on the cheaper spectrum of Dubai pricing. While the city saw increases in accommodation costs through 2013 and into 2014, Karama rents have risen more slowly with a five to eight per cent in the latest update of Real Estate Regulatory Agency (RERA) rent index. A studio apartment will cost around 45-60,000 AED per annum, while a 2-bedroom near the metro will cost around 90,000 AED.

Should you decide Karama is a place you want to live, do research. Many buildings are older and quality and cleanliness can be an issue, particularly because buildings are crowded. It is also one the busiest areas in Dubai, and not particularly child friendly (there are no schools) - although it does have green space to escape to in the form of Karama park, actually a rather lovely oasis of nature in the middle of Karama's low rise concrete jungle.