Nothing is impossible
“We, in the UAE, have no such word as “impossible”; it does not exist in our lexicon. Such a word is used by the lazy and the weak, who fear challenges and progress. When one doubts his potential and capabilities as well as his confidence, he will lose the compass that leads him to success and excellence, thus failing to achieve his goal. I require you, youth, to insist on number one.”
HH Sheikh Mohammed bin Rashid Al Maktoum
Vice President and Prime Minister of the UAE
Al Barsha
Dubai, UAE 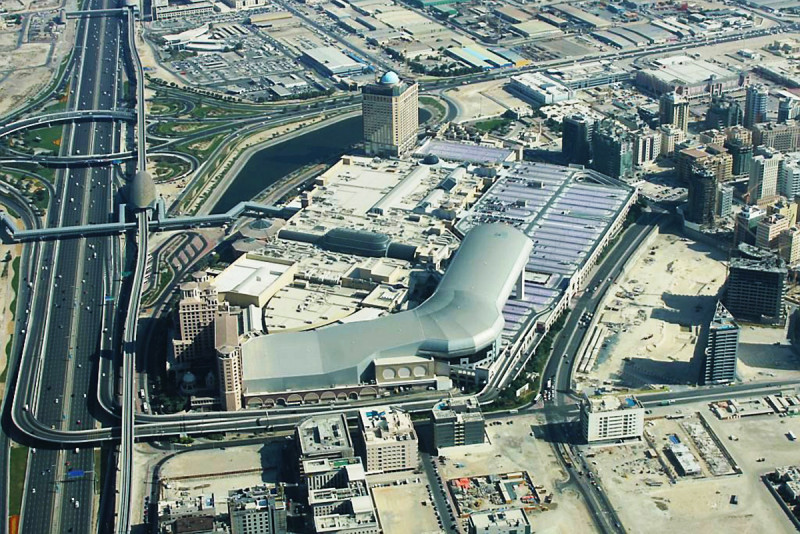 It's not the prettiest looking area in Dubai, but Al Barsha has one advantage no other can boast - Mall of the Emirates, which serves as a hub for the area with its theatre, hundreds of shops, ski slope, cinema and community centre. It is also very centrally located, and ideal for those working in TECOM, Dubai Media City or Dubai Internet City.

Note, those in Al Barsha 1 benefit in particular from the Metro - which is very easy to jump on and off to reach most major destinations in the city.

As a rule of thumb Al Barsha 1 is largely apartment based, while Al Barsha 2 and 3 are home to larger villas and much quieter. Many residents of Al Barsha 2 and 3 appreciate the price of the villas on offer, which tend to be a degree cheaper than similar offerings on the other side of Sheikh Zayed Road. Villas are also less likely to be cookie cutter developments, and have often been built as standalone entities.

That said this is an area very much in the process of being built, so even if your particular community is established, the chances are just around the corner a new block is going up, or a road being built or rebuilt. As a result, think dust, think congestion, and certainly lots of empty desert plots. Those who are willing to pay more live in the likes of Al Safa do so to escape all of this, and to live somewhere that feels more established.

Al Barsha is however an area is growing up quickly, and dust is setting. There is now a beautiful park, almost at the intersections of Barshas 1,2, and 3 with a running track, lots of greens, and... a large duck pond.

Yearly rent ranges from 100-120,000 AED for a 2-bedroom apartment to 250,000+ AED for a larger 4+ bedroom villa. Apartments are found along Sheikh Zayed Road, and in the area behind the mall of the Emirates, a mix of both residential and commercial space - there are an increasing number of restaurants, as well as a great Lulu's hypermarket.

Al Barsha 1 is well served for schools with Dubai American Academy, and Dubai National School. There is also a child centre (not nursery), Kids Town at the Mall of the Emirates. Al Barsha 1,2 and 3 is bounded by Al Sufouh, Emirates Hills, Al Quoz and Jumeirah Village, and in these areas are a wide range of schools - American School of Dubai, Dubai GEMs Academy, JSS International School... As schools get pushed out to areas that need development - and where land prices are cheaper - the more schools in these areas you're likely to find in the areas Google South of the zone.

Al Barsha is a vibrant part of new Dubai, cheaper than many more settled areas around it, that has some great local attractions, dominated by the Mall of the Emirates. It is very connected (by road and the metro), and quite a bit easier (although not always easy) to get in and out of than other areas (although there is always congestion at the Mall of the Emirates slip road into Barsha 1). Many parts are however still in the process of being developed, but if you don't mind the dust of a city being built up around you, the area has much to offer.

The Dubai school regulator, the KHDA has launched a new ‘guiding framework’ f…