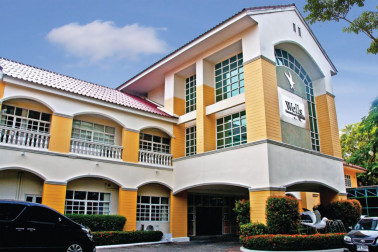 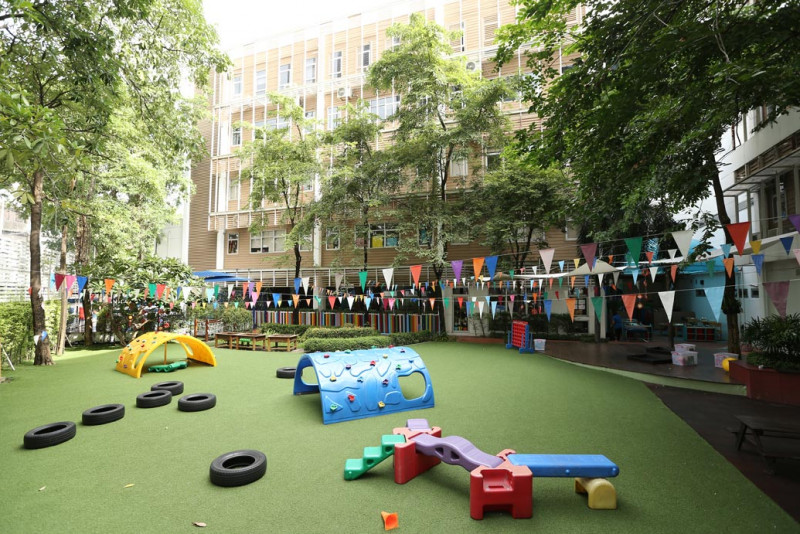 The popular British-curriculum Bangkok International Preparatory School is entering a new phase of delivering academic, sporting and extra-curricular opportunities from nursery through to Year 6 at its Sukhumvit 53 campus.

It’s an exciting time for the well-established Bangkok International Preparatory School, which has been offering a British education to children from nursery through to sixth form for the past 15 years. The school opened a new secondary campus in August 2017, which means that Bangkok Prep’s existing campus is now dedicated to the early years and primary school. This is good news for parents looking for a place at this sought-after city centre school, as there will be an extra 400 places in the primary years. What’s more, the now standalone primary school is developing new facilities specifically for students aged 3 to 11 years.

Bangkok Prep follows the National Curriculum for England, and offers classes from Nursery to Year 6 at its campus next to the Thong Lo BTS station, in the heart of the residential neighbourhood Sukhumvit 53. Founded in 2003, this is a school that’s popular with expat and local families alike; there’s a population of around 800 students representing more than 40 nationalities, with 55% non-Thai students and the remaining 45% Thai students.

There’s a strong sense of Britishness here: the majority of teachers are from the UK, the academic year runs from August to June with three terms, and students work towards taking IGCSEs and A Levels at Bangkok Prep’s secondary school. An education at Bangkok Prep also features a world languages programme, a strong focus on competitive sport, and eco-friendly initiatives.

While Bangkok Prep is a mid-sized school, it has built up a very close-knit community; this is largely due to the presence of an active and highly valued parents association called Friends of Bangkok Prep’ (FOBP).

“The role of FOBP is vital to the good function of the school – parent volunteers are a visible presence on campus both helping out with events and helping in the classroom.”

The curriculum
The learning path at Bangkok Prep begins with the early years curriculum for 3 to 5-year-olds, which is based on the UK’s Early Years Foundation Stage framework. This focuses on communication and language, physical development, personal, social, and emotional development, literacy, maths, global awareness, and art and design. There are also specialist lessons in Thai language and culture, music, PE, and swimming.

Are you a parent, teacher or student at Bangkok International Preparatory School (Sukhumvit 53)?
Take a survey arrow_forward

In Years 1 – 6, Bangkok Prep follows the National Curriculum for England, which focuses on the core subjects, science, creative arts and design, a wide range of modern languages, music, PE, ICT, and PSHE (Personal, social, and health education). Students have a very well-rounded education, and the weekly timetable balances academia, creativity, and sport.

“Sports foster friendships, help relief stress and contribute to a healthy lifestyle in general, which we value very much at our school.”

While the curriculum is firmly rooted in the National Curriculum for England, it embraces its international location. Bangkok Prep has a World Languages Programme from Year 3, which gives students the opportunity to learn two languages from a choice of Japanese, French, Mandarin, Spanish, and Thai. In Years 1 – 2, students enter the World Languages Carousel, where they are given an introduction to Thai, Mandarin, and French; all Thai nationals must study Thai language and culture. The school says,

“We believe that studying a second language is a vital part of the curriculum, especially at an international school, and all students are required to continue one language other than English to examination in Year 11.”

With an average class size of 22 students, the school is able to offer a more personalised learning experience; because of its small class sizes, teachers can tailor the education to every child’s needs. It also focuses on “active, hands-on learning where children utilise first-hand experience and learn through doing rather than simply observing or listening.” The school plans to increase this creative and innovative approach to learning by developing new ‘breakout’ spaces throughout the campus; this was only made possible because the secondary school moved elsewhere.

Many students continue their education at Bangkok Prep’s secondary school, which is now located in Sukhumvit 77. The school prepares students for a smooth transition by arranging taster lessons at the secondary school throughout Year 6.

Beyond the classroom
As you’d expect from a British school, there’s a broad programme of educational visits. From Years 1 – 2, children take part in field trips, while Years 3 – 6 students can sign up for residential trips in Thailand. The school strongly encourages students to engage in community service projects, and it runs various environmentally-friendly initiatives; in 2017, the school received the Eco-Schools Green Flag, a global award for excellence in environmental education.

There’s a primary student council with elected reps from each year group, and every student belongs to one of four houses, which compete against one another in events such as sports’ days, swim galas, and quizzes. After-school, there are more than 100 extra-curricular activities ranging from bowling and tennis to photography and rock band; there are also specialist training programmes in swimming, basketball, football, and badminton.

The school has a very competitive streak and, as a member of TISAC (Thailand International School Activity Conference) and FOBISIA (Federation of British International School in Asia), Bangkok Prep students take part in national and regional sports and academic tournaments every year. In the school’s own words,

“We are one of the leading schools with top placements in sailing, basketball, swimming, football and badminton”.

The campus
Bangkok Prep may not be the most attractive campus, but it is one of the most accessible and conveniently located schools, being right next to a BTS station in Bangkok's Pathum Wan district.

There are several new developments planned for the school, which include the expansion of classroom areas, breakout spaces for different year groups, and a new KS1 play area that includes a ‘netscapes’ playground.

The school runs a regular shuttle bus service between its two campuses.