The United World College group offers around 100 scholarships to student refugees every year, giving young people from conflict zones such as Tibet and Syria an opportunity to study the IBDP at schools including UWC Thailand.
UWC Supports Refugees On Road To University
By Carli Allan 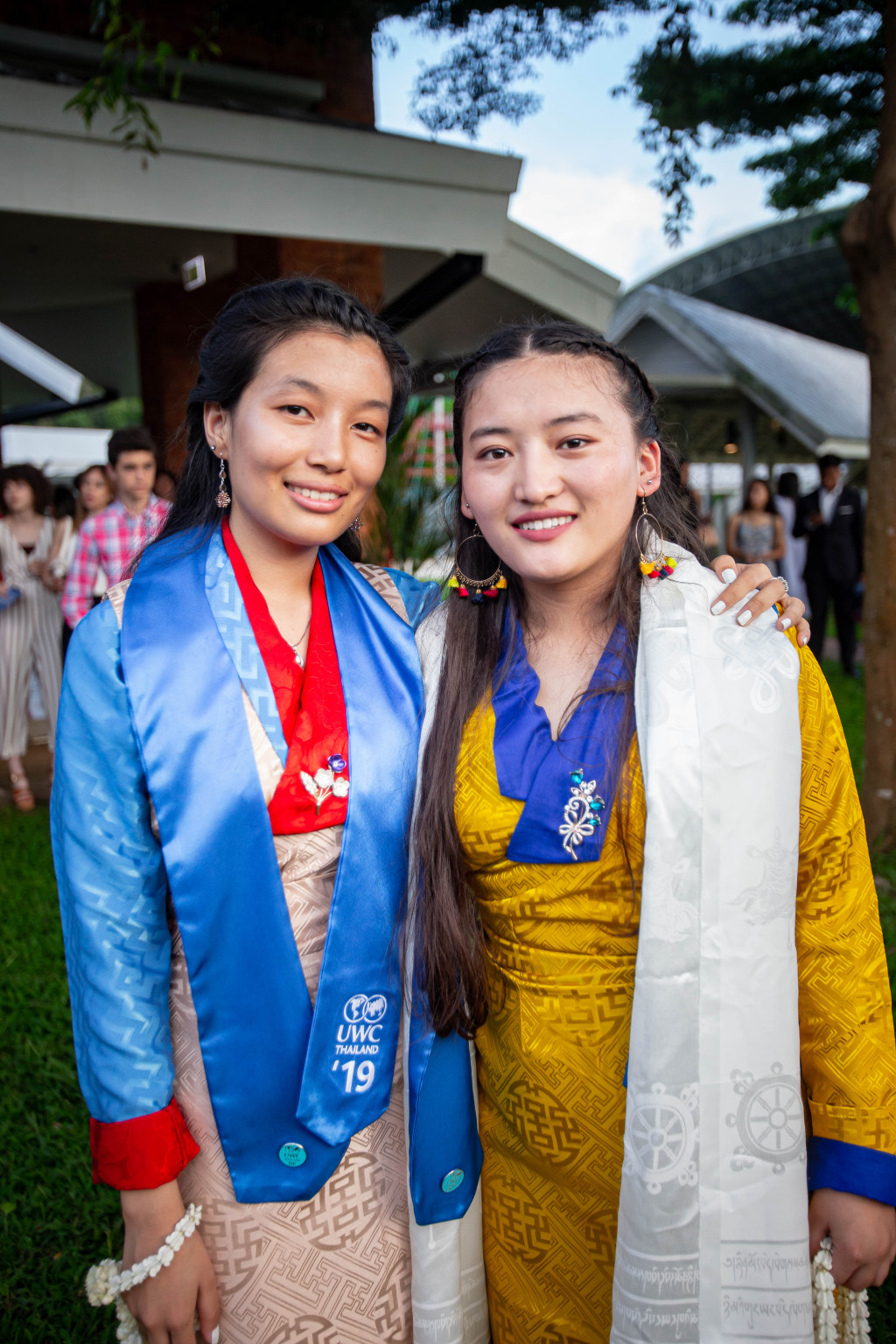 Every IB student has a story to tell. But not many will have a tale quite as extraordinary as that told by refugees who have been taken out of conflict hotspots like Syria and Tibet and into the classroom. Every year, UWC schools worldwide offer scholarships to around 100 young displaced people who are fleeing conflict, persecution or environmental disaster.

UWCT is one of 17 schools in the UWC group, and it aims to provide at least three scholarships per year for young refugees entering its Grade 11 cohort. This year, the school has supported students including two Tibetans, Tsering pictured on the left with fellow student Sonam, who had been living in India as refugees. The school also supported one Syrian who was a refugee in Lebanon. The scholarships are fully funded by either UWCT or its partner Horizon Foundation, a charity that places young people from areas of conflict in boarding schools for their final two years of secondary education.

Tsering, who studies in UWCT, was separated from her whole family at six, escaped Tibet by crossing the border illegally, and climbed the Himalayan mountains to India to “seek a brighter future”. She says:

“Personally I think it is important since the mission of UWC is to unite people from different countries to create a more peaceful and sustainable world, refugee is definitely an opportunity for other students to understand about the situation of the countries from those refugees in the school.

“Also as a refugee, Horizon and UWC scholarships specially dedicated for refugees are an eye-opening opportunity for us who dare to dream that we can actually study in UWC, even though we really want to but due to the challenges from financial to the political situation hardship in the country.”

Located at the foothills of a national park in Phuket, UWCT is an all through school and one of only a few schools in Thailand to offer the complete IB programme: the Primary Years Programme (PYP), Middle Years Programme (MYP)and the Diploma Programme (IBDP).

UWCT explains how the refugee programme supports the UWC mission: “The UWC mission to unite people, nations and cultures for peace and a sustainable future is impossible to achieve without providing internally displaced and persecuted people an opportunity to develop their own voice, choice and agency.

“Arguably, it is these communities at the very centre of the most serious global conflicts who are most in need of future leaders with the skills, social consciousness and a drive for peace and reconciliation. It is therefore integral to our mission that young refugees have access to quality secondary education. We want to support them with exactly that in order to enable them to become change-makers for a more peaceful – and just – future.”

During their time at UWCT, students such as Tsering are supported by the school, whether through preparatory pre-IB years and summer programmes or pastoral care.

A spokesperson for UWCT adds: “Social-emotional, mental health, English language and other academic supports are offered and available to all students throughout the course of the academic year; supports are also available to students outside of the regular classroom hours–staff are there to support evenings and weekends.

“Students are also encouraged to become involved with our host family programme as a way to not only get them into activities outside school, but to connect them to a UWCT family; increasing their overall well-being and mental health, while increasing their connection to our community especially helpful if they are feeling homesick.”