CEO Brian Rogove talks to WhichSchoolAdvisor.com about XCL Education's journey and roadmap for schools in Singapore and beyond. He describes how the education group's shared mission is to “prepare children for the jobs of tomorrow” and how the group is “exclusively focused on serving the needs of families in South East Asia”.
Interview: Brian Rogove, CEO, XCL Education
By Carli Allan 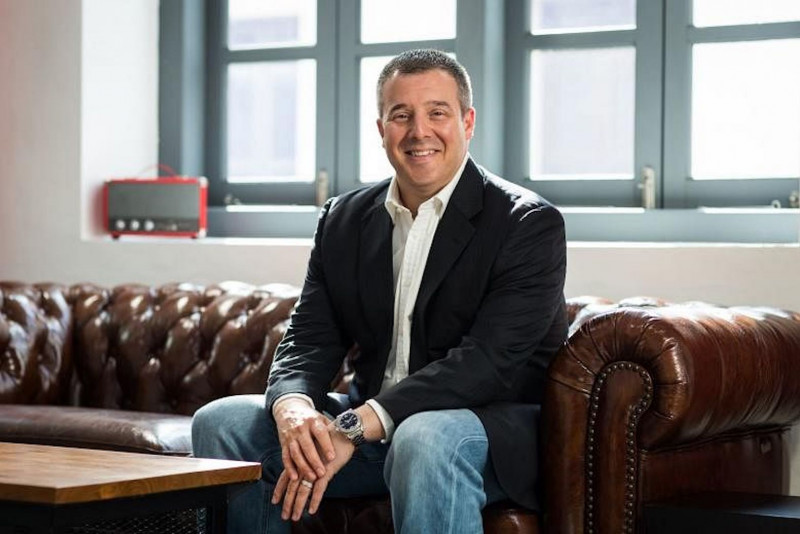 International school groups are growing in size and number worldwide – and among the brands emerging within this sector is XCL Education.

Headquartered in Singapore, XCL Education may not have a global presence but it is becoming increasingly dominant in South East Asia with international schools now in Singapore, Malaysia, Vietnam and Thailand. With 18 campuses and over 29,000 students, it’s one of the largest and fastest growing school groups in the region.

XCL Education has its largest presence in Malaysia, where it enrols over 10,000 students across preschools, international schools, and private schools in locations including Kuala Lumpur, Johor Bahru, and Penang. XCL acquired XCL World Academy in Singapore from the GEMS group in 2020, and in 2022 it opened its second school in Singapore – XCL American Academy – which offers a US education to students aged two to 14 years.

In Vietnam, XCL owns Vietnam Australia International School (VAS), the largest premium bilingual school in Vietnam with seven campuses. The newest additions to the XCL family of schools are The American School of Bangkok, Sukhumvit Campus and D-Prep International School – both in Thailand.

So, what does XCL Education bring to the region? In Singapore, we’ve seen XCL schools making quite an impact. XCL World Academy is the first school in the region to open a dedicated esports facility, where students learn skills such as game design and development, league organisation, broadcasting, streaming, and shoutcasting).

The group is responding to the changing demands of families within Singapore. Like many schools in the country, it has launched a Chinese-English bilingual programme for kindergarten students that is aligned with the IB PYP, as well as a University & Career Guidance Programme from Grade 8 to encourage students to start thinking about their future sooner. Also, XCL Education’s only new and purpose-built school, XCL American Academy in Singapore, has fees of less than $30,000, adding another choice for parents to the growing offering of affordable schools.

As XCL Education starts 2023 with two recently acquired schools and one new campus due to open in August, WhichSchoolAdvisor.com talks to CEO Brian Rogove about XCL Education's journey and roadmap for schools in Singapore and beyond. He describes how the education group's shared mission is to “prepare children for the jobs of tomorrow” and how the group is “exclusively focused on serving the needs of families in South East Asia”.

XCL Education schools can’t be defined by curriculum – there’s a choice of UK, US and IB curricula as well as English and bilingual programmes – so how would you describe your brand? What 'makes' an XCL school?

At XCL Education, we believe K-12 schools need to prepare children for the future where we will see rapid economic and social change than ever before, jobs that have not yet been created, technologies which have not yet been invented, and more severe environmental problems that will soon arise.

To prepare students for this future, we task our schools to adopt an approach that develops academic abilities alongside critical ‘human’ skills (critical thinking, creativity, leadership, empathy, teamwork, grit, adaptivity, self-motivation, digital proficiency) - be it via building in design thinking into the curriculum, mindfulness workshops for the community, opportunities to interact and collaborate internationally, listening to top minds through the XCL Dialogue, or entrepreneurship programs.

At the end of 2022, you made your first move into Thailand with the acquisition of two existing international schools – The American School of Bangkok, Sukhumvit Campus (ASB) and D-Prep School Bangkok. Why did you choose to expand and strengthen the XCL Education group here?

Thailand is one of the largest markets for international and private schools within Southeast Asia. There are also very positive signs of macroeconomic growth as the country recovers from COVID. An expansion into Thailand increases our network and scale opportunities across the group for our key stakeholders.

Students can now explore opportunities and exchanges in a new geography, and interact more with students from another country, adding to the richness of their educational experience. Staff will now have broader opportunities for professional development and exchanges with the new additions to the XCL family.

ASB and D-Prep were chosen as instrumental partners in this expansion as they are very aligned with the XCL mission which is, in short, to prepare our students for the jobs of tomorrow.

Since its opening 40 years ago, The American School of Bangkok (Sukhumvit Campus) has established itself as a high-quality American curriculum international school, evident from its good perception among existing families, strong academic performance, impressive university matriculation and scholarship awards, and excellent facilities.

D-Prep has established itself as a highly reputable international school, evident from its good perception among existing families, strong holistic student outcomes, and continued growth.

We’re confident that our partnership with ASB and D-Prep would provide the deep experience, resources, passion for education, and international connections needed to take both schools to the next level of development.

The number of international schools and/or private schools in Southeast Asia, with English as the main language of instruction, has grown due to a number of factors. There is a rising middle class and increasing affluence of local populations, as Southeast Asia plays a more critical role in global supply chains.

There is little if any investment to improve the quality of public schools in most countries, which is driving parents to seek private options. Also, there is a rapid improvement in the quality of affordable private and international school options.

In the past two years, XCL has acquired an all-through IB school (XCL World Academy) and opened a US primary school (XCL American Academy) in Singapore. How has the changing landscape of international education in the city affected your choice of schools?

There's been increasing demand for affordable schools due to changes in expat packages and most recently increased cost of living in Singapore. In addition, the mix of expats coming in are now more skewed towards Asian expats from neighbouring countries, resulting in changes in demand for course offerings, type of schools and curriculum. We are pleased to have options to serve all families.

British, American and IB remain strong here with a greater emphasis on holistic learning approaches and English language support. There is also a growing demand for bilingual education in many South East Asian countries

XCL Education has cemented its position in the South East Asian international school market in just two years. Are there plans to open any more schools in Singapore, or elsewhere in the region?

There are no plans at the moment. The focus will be on continuing to enhance and strengthen the educational offerings of our current schools, delivering on our promises to families, and potentially expanding capacity to provide access to more.

We are laser focused on operating as a Singapore-headquartered group exclusively focused on serving the needs of families in South East Asia with high quality school options. You can expect our presence in SE Asia to increase in both the markets in which we already operate and new markets over the next few years.

AwardsHow to Choose A School