'Global Teacher' Winner On Why He Shared $1 M

No glittering ceremony this year but the Global Teacher Prize did deliver a major surprise, with the winner donating half of his prize money to fellow nominees, who, he said, will help him make a real difference.
'Global Teacher' Winner On Why He Shared $1 M
By James Mullan 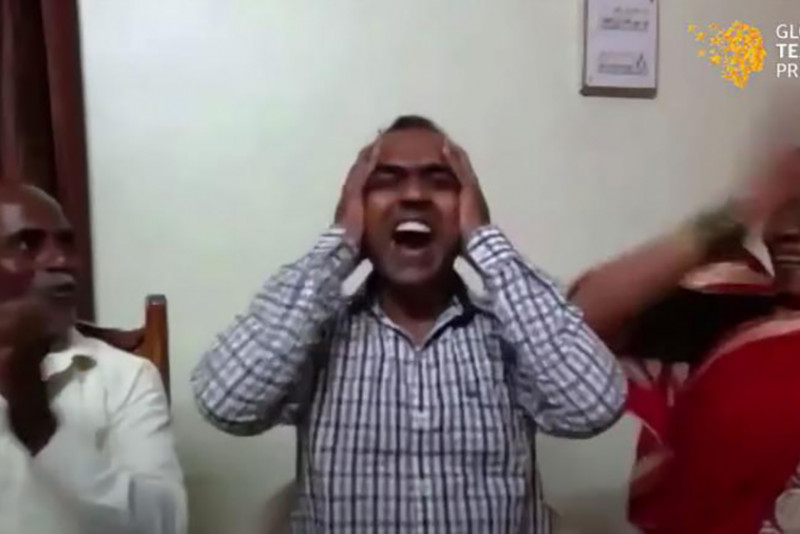 The winner of this year's $1 million Global Teacher Prize took everyone, his family included, by surprise when he decided to share half of the cash prize with his fellow finalists.

Ranjitsinh Disale was widely praised for his decision to share the jackpot after initially dealing with the surprise and delight of being crowned the world’s top teacher.

The announcement of the winner was performed online rather than at the usual glittering, star studded event that is held at Atlantis, The Palm. More than 12,000 teachers from 140 countries were nominated for the prize this year, with the entrants cut down to a shortlist of just 10 teachers. The competition is run each year by the Varkey Foundation.

"Winning the prize made me feel valued and understood as a teacher," Mr Disale said. "I feel extremely proud that I am the first Indian to win this award."

Asked why he had decided to give away $500,000 to the other nine finalists he responded that he believed they could help him "make the world a better place".

As far as the prize money that he will receive, Mr Disale is directing the majority of it for a fund that will help teachers with innovation projects, called Let’s Cross the Border.

Mr Disale said is also working to establish a peace group of at least 50,000 pupils by 2030 from places that have been affected by conflict, such as India, Pakistan, Israel and Palestine.

Mr Disale, who said he became a teacher by chance, had joined a teaching programme while waiting to sit an examination while he was studying electrical engineering. "My father convinced me to join a teachers' training college," he said.

"Soon, I realised that teachers are the real change-makers and I thought, why don’t I change the lives of pupils and those who need me?"

Mr Disale joined Zilla Parishad Primary School at Paritewadi in Solapur as a new teaching graduate 12 years ago. At the time, many teenage girls were married off by their families when they were still at high school.

He built awareness of the opportunities that were being denied the young women and as a result these marriages have stopped completely in the area. Attendance of girls at school has increased hugely, and their learning outcomes have improved.