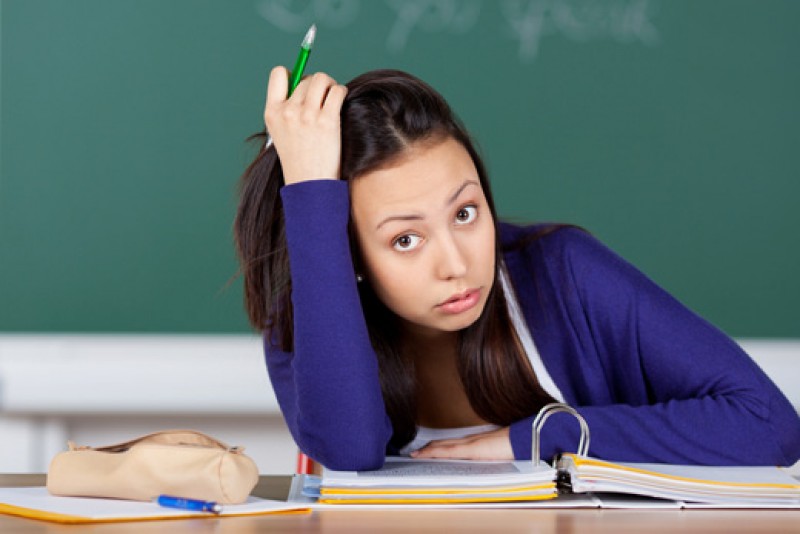 With exams looming, students are approaching their most stressful time of the year. Continually assessed and examined, today's children are under more pressure than ever to achieve and perform, and the resulting stress is taking a heavy toll on their mental health.

In the past month, two new reports on child happiness have lit-up the internet, one from Columbia University in the US and the other from UK based researchers. Although tackling the same issue, each offers a very different approach in what, and who, is responsible for improving our children's happiness.

Now more than ever, our children seem to be deeply unhappy. In the US, 65 percent of children and teens display extreme to moderate depression, anxiety and/or substance abuse. In the UK, the figures are more than one in ten, with the charity Childline recording a record tripling of counselling calls this year, due to exam stress alone. Even more shocking are the finding from the same charity which show- 43 percent of the calls they receive regarding educational stress were from children under the age of 11!

While both reports agree urgent action is required, they couldn't be more different in their approach and methods for improving unhappiness in children and teens.

A new study published online in the Journal of Religion and Health by my lab at Columbia University, thinks it has found the answer, in spirituality. In fact, it says, "happiness and the character traits of grit and persistence go “hand in hand” with a deeper inner asset: spirituality, which this study measured as a deep spiritual connection with a sense of a sacred world."

The Pros For Spirituality In Kids And Teens

Writing in Time Magazine Lisa Miller, Director of Clinical Psychology at Teachers College, Columbia University says for over a decade now researchers have found that families devoid of spirituality- suffer, (although she fails to mention exactly how this suffering is manifested), while kids who grow up within a spirituality aware household are significantly healthier.

Miller goes on to claim, that spirituality is essential for emotional, social and cognitive development in children. Kids who have a sense of spirituality have more 'grit' the illusive trait, which makes people stick at things, drive for what they want, and, ultimately- significantly more likely to succeed.

Teens who claim they have a strong sense of their own spirituality, are significantly less likely to be promiscuous (80%) or take drugs (40%).

"Personal spirituality that includes a direct personal relationship with nature, a universal presence or higher power (by any name) has a clear correlation with physical wellness and recovery from depression and disease; indeed, greater spiritual awareness produces the same readings in brain scans as recovery due to medication," says Miller.

While the report notes that all children are born with a natural sense of spirituality, it does emphasise the importance of parental help and encouragement. Whether that's via prayer and/or meditation or simply taking regular long walks in nature. The report also encourages the act of discussing beliefs and says parents should not shy-away from the trickier aspects of spirituality- should kids ask.

According to Miller, "parents who aggressively push their children to achieve “success” in finding the “right” school, achieving the “right kind of job” should consider the science of the matter. Spirituality is more essential to thriving and success than ability to perform. Spiritual children have a sense of inner worth, a sense of the lasting, higher sacred self, much bigger than the day’s win or defeat. And when they achieve their goals – that better job, or that higher income – the studies show that well-grounded, spiritually engaged young people can actually feel fulfilled by their life choices."

"In contrast to the performance self, the spiritual self is sturdy and resilient, happy at a win, but not dependent on it to feel worthy as human being. In our excessively competitive culture, with often thin support for spiritual development, parents must actively work to help their children to a spiritual life," she says.

Meanwhile in the UK...

Interestingly, the UK report looks at the matter of childhood unhappiness from a very different angle altogether. Prof Lord Darzi, a former Health Minister, and Prof Lord Layard, an economist and former Government advisor prefer to advocate for the introduction of 'happiness classes' in schools.

'Happiness classes' have already proved their worth when pioneering school Wellington College in Berkshire, one of Britain’s best-known boarding schools, trialed them and witnessed positive results.

According o the Telegraph, the study, presented at the World Innovation Summit in Health in Doha advocates that children should be offered a one hour happiness lesson per week, from the age of five. Lessons should begin from the time a child starts school and continue through to when they leave, with additional classes for those showing any signs of 'mental distress.'

The authors note that, "failure to offer counselling is not only “grossly inhumane” but economically inefficient, because well-rounded children are more likely to succeed in life." They blame the current trend of pushing children to succeed and the pressures of modern lifestyles for increased mental health issues, saying schools have become little more than "exam factories."

They remain adamant, “to improve child well-being, this must be reversed, and schools must address the emotional and spiritual needs of their children, as well as their intellectual development."