Cambridge Interview: What to Expect

Former student at Jumeirah College in Dubai, and Cheltenham Ladies in the UK, Mara Westley takes us through her journey from practice interview classes, through to the day of the interview itself.
Cambridge Interview: What to Expect
By WhichSchoolAdvisor.com 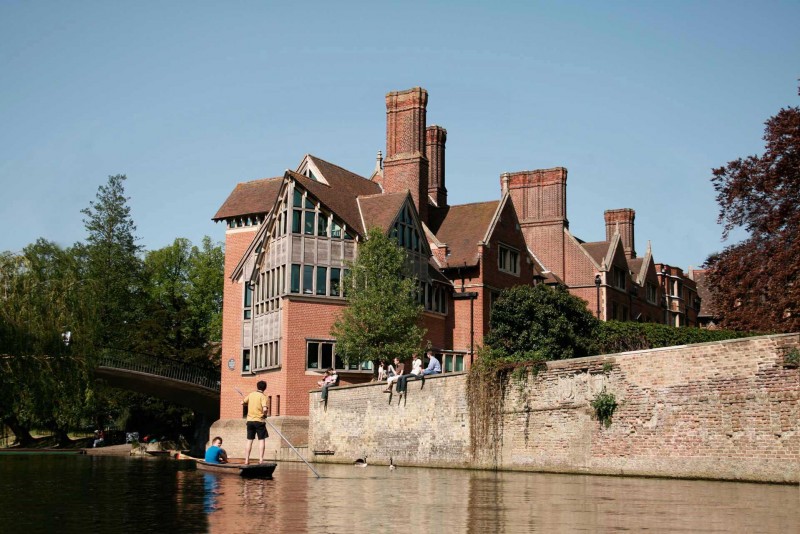 Mara Westley, a former student at Jumeirah College and Cheltenham Ladies College in the UK, wrote this article as she prepared for her interview at Cambridge. At the time of writing Ms Westley was in her last year at Cheltenham. Today she is a lawyer at a Magic Circle Law firm in London.

The Cambridge Interview: The preparation

Monday 12:30 - 13:30: Interview Preparation Class. After applying to read Law at Trinity Hall (see picture) and receiving the long-awaited invitation for interview, this preparation class at school became a lifeline in my weekly schedule. In this hour, we were given an insight into the nature of the interview process and prepared for the inevitable difficulty of the LNAT (National Law Admissions Test). More generally, we spoke about the importance of knowledge of current affairs and the eloquence we needed to exercise whilst demonstrating our passion for the law degree and our motivation for a career in this field.

It would be unfair to say that these classes were entirely unhelpful because they provided me with knowledge about how to approach the LNAT essay, how to critically assess news stories and how to justify my interest in law. However, I cannot say that I feel that they are in any way necessary for success in the Cambridge interview.

The reality is that my admission tutors at Cambridge were very much aware of the ways in which I was able to learn, memorise and recite facts about the British legal system or the government's views on legal intervention in the Syrian conflict. Precisely because of this, they chose to test me in a manner that was sure to be entirely new to me in order to ensure fair competition between students from different sectors of the educational system. Though hard for me to admit, there is very little value in an interview for which the success rate is based on the number of preparation classes students that may or may not have been awarded at different schools.

The most daunting thing about the Cambridge interview is knowing that you will, almost certainly, be and feel unprepared for the sorts of questions and materials with which you will be faced. Despite full knowledge of this, the evening before Interview Day, the restaurants and cafes of Cambridge are at full capacity with interviewees desperately refreshing the BBC News homepage on their mobiles, obsessing over books they have mentioned in their personal statements and reciting random facts about the history of their college.

Parents, distraught at their evident inabilities to alleviate the nerves abound with conversation (arguably because they are more anxious than their children) make plans to raid Marks & Spencers for 'brain foods' the next morning.

I was lucky enough to have my Cambridge law test and my two interviews on the same day. This is largely because Trinity Hall is a small college and having a smaller number of applicants to get through, the interview process does not need to be spread over more than one day.

Applicants to very large colleges such as Trinity College, on the other hand, can expect to have to have to stay in Cambridge over a night or two.

My day began with the Cambridge law test which is a test that all applicants for law are required to take. Cambridge, unlike Oxford, does not require the National Law Admissions Test and this is undoubtedly a very important factor to consider for any applicant who, in early November, is faced with the prospect of choosing between Oxford and Cambridge.

The interview is invaluable because it provides applicants with the chance to bring personality to their application and come to life in front of admissions tutors as more than just a series of GCSE results and predicated grades. The importance of the law test varies from college to college and as a result, it is impossible to predict whether an applicant who has performed brilliantly in the test and poorly at interview will be awarded more or less credit than an applicant in the opposite position.

Each applicant is given two interviews; the first of these two is highly academically orientated and aims to test the interviewee's ability to thinking logically and analytically when faced with an unfamiliar piece of legal material such as a contract.

The most daunting aspect of this interview was, in my view, the necessary spontaneity with which I had to respond to challenging questions on material that was very new to me. Having been given a piece of tort law only seconds before being asked questions on how this law may or may not be applied to different hypothetical situations, I found myself facing the difficulty of having to come to conclusions with very little time and frightfully little information. With hindsight, I believe that the secret to success in these sorts of interviews is not in fact to come to the right conclusions but rather, to ask the right questions. Very often the information provided to the interviewee is intentionally insufficient for them to come to a conclusion about a particular case and, as a result, it is essential that all interviewees are aware of the importance of avoiding the nervous tendency to be hasty.

The second interview is based on comprehension and deductive reasoning. The interviewee is given 20 minutes reading time to reason their way through a piece of text and prepare a short presentation in which they are expected to outline the key arguments and counterarguments that the text addresses. In many ways, the second interview is less intimidating than the first because interviewees are able to take time in forming their opinions and walk into the interview room comforted by the security of their previously made notes.

Trinity Hall is a small and well-hidden college but, what it lacks in architectural grandeur, it makes up for with over 500 years of history, making it one of Cambridge's oldest and first law colleges. As I walked in, I was instantly taken aback by the sheer normality and casualness of my environment. Interviewees expect the day of their interview to take over the lives of every Cambridge student and Fellow in the same way, and with the same intensity, that it has their own. And yet, this could not be further from the truth.

Having arrived with an hour to spare before my Cambridge Law Test, I was seated in the Aula Bar where students played pool, watched television and helped themselves to food and beverages. Initially, the very relaxed atmosphere was slightly confusing and perhaps even disconcerting. Where were all the terrifying professors, gloomy corridors and dark examination halls? As an interviewee, it is essential to take comfort in the laid back manner with which the Interview Day in conducted and remind oneself that, for the men and women carrying out the interviews, this is simply another day at work.

It is virtually impossible to know how you have done. Firstly, the interviews are designed to challenge students up to and beyond their limits. Secondly, the interviewers conduct themselves with a great amount of professionalism. They shed very little light on the way in which the interviewee has performed and in many ways, most of us are grateful for their discretion. My advice to any interviewee is to avoid allowing the experience of one interview to affect their performance in a subsequent one. The Interview Day is very intense, with many students scheduled to have up to four interviews in the space of a few hours and the only way they can maximise their chances of success is by remaining positive, calm and composed throughout.

In the next couple of days, I will hear back from Cambridge as to whether or not they are willing to make me an offer. Needless to say, my anxiety is building. However, my advice to myself and to all other current and future Cambridge interviewees is to be grateful for the experience. When one has been privileged enough to be interviewed by some of the world’s leading academics, there is no bad outcome.