Which UK Schools Do Royals Attend?

WhichSchoolAdvisor.com rounds up some of the United Kingdom’s most prestigious independent schools attended by royals and monarchs.
Which UK Schools Do Royals Attend?
By Carli Allan 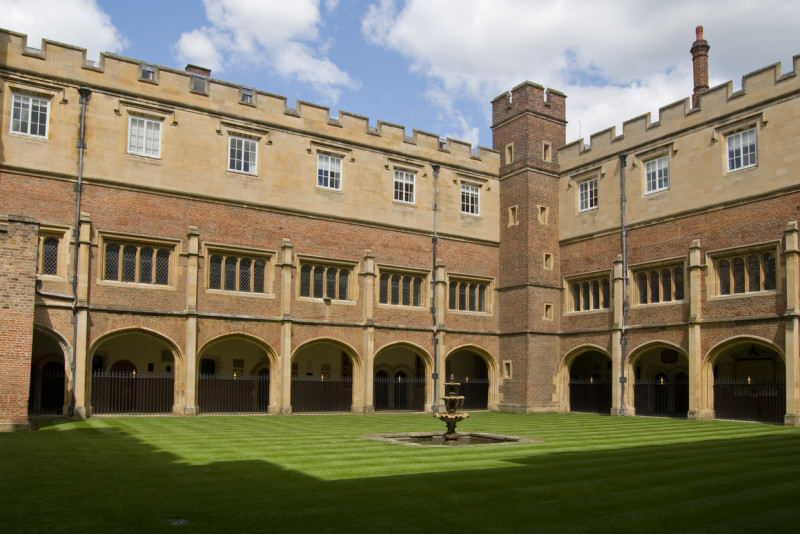 News that the future queen of Spain will be attending a remote Welsh school known as the “Hogwarts for Hippies” captured the headlines this month. Princess Leonor will join alumni including Princess Elisabeth, King Willem-Alexander of the Netherlands, and Princess Raiyah bint Al-Hussein of Jordan to study at UWC Atlantic College, a £24,000 a year sixth form college in the Vale of Glamorgan.

The royal teenager is named as one of the latest monarchs to study at a UK independent school. While many will choose schools in Switzerland such as Institut Le Rosey or those in the Canada including Lakefield College, the royal elite are also attending some of the UK’s most prestigious day and boarding schools. From politicians to actors, some of the UK’s most influential figures have attended a UK independent school. Here is a more exclusive list though of those UK schools with a royal stamp of approval.

UWC Atlantic College delivers the two-year IB Diploma Programme for 16–19-year-olds, and with a student body of just 350 it is one of the smallest schools within the group. The only UWC campus in the UK, it is a very international boarding school with a model of "deliberate diversity" that attracts students from 90 countries each year, including the future queen of Spain Princess Leonor.

Once described by The Times as ‘the most exciting experiment in education since the Second World War,' UWC Atlantic is pioneering a new Changemaker Curriculum that introduce new courses such as coastal management, oral communication, peace and conflict, and reconnecting with the land.

Attended by: Crown Princess Elisabeth of Belgium, King Willem-Alexander of the Netherlands, and Princess Raiyah of Jordan

A co-educational school with 15 boarding houses for around 930 students aged 13 to 18 years, and housed in an extraordinary, impressive collection of buildings ranging from a stunning Gothic-revival chapel to a neo-classical styled Memorial Hall. Marlborough College is less academically selective in its entrance than the UK’s hothouse schools, and less prescriptive and authoritarian in its educational approach. However, that said parent's themselves suggest that there is an increasingly academic and less progressive/liberal focus at the school than in the past.

Sport is a “key part” of Marlborough life; there’s an extraordinary Blackett Observatory with the largest telescope in full time use in any school worldwide that supports the GCSE Astronomy course. The school recently dropped the IB Diploma from its sixth form curriculum to concentrate on a mix of A Levels.

Attended by: Duchess of Cambridge and Princess Eugenie

Whilst an Eton education has become associated with members of the aristocracy, the British royal family and government, Eton students have pursued successful careers in almost every part of public life. The success of its students in such a broad spectrum of careers is suggestive that its ideals to develop rounded individuals and nurture individual talent is as important as its academic focus. However, although Eton College continues to broaden its student catchment to children from a variety of backgrounds with a generous bursary system, competition for places remains the biggest stumbling block to all prospective parents seeking an Eton education.

Gordonstoun is one of the world’s best known public schools, although it is fair to say that this reputation is due in greater part to its educating British royals including Prince Philip and Charles, Prince of Wales as well as Zara Phillips. The school is not driven by academic performance and compares better, if imperfectly, with Eton than with Winchester in its ethos. It openly recognises the importance of “personality” in what it looks for in those seeking entrance to the school.

Unlike Eton, however, Gordonstoun is resolutely co-educational (since 1972), welcomes a significant number of day pupils and is a leading member of the 150 strong global “Round Square” schools’ group. It would not feature highly in an exclusively academic league table-based evaluation of the UK’s best public schools, but this, it is argued, is precisely the point if a school genuinely wants to provide for a balanced education for the “whole child.”

Attended by: Prince Charles, and his brothers Prince Andrew and Prince Edward

At this all-girls boarding school in Kent (which will welcome day pupils for the first-time next year) the priority and focus is always on girls and what’s best for them – but there are no female stereotypes here. Students are empowered just as much by learning about the achievements of women through the ages or participating in STEM research projects

Don’t expect to come here and find an academic hothouse – as headmistress Samantha Price says, “things that live in hot-houses cannot survive outside them. Instead, Benenden offers a more relaxed, varied (but still very focused) learning environment. There’s also plenty of fun to be had on this campus, whether it’s jumping from inflatables in the swimming pool, dipping for creepy crawlies in the pond or getting mudding on obstacle courses.

Unlike an increasing number of its blue-chip peers, Harrow also retains the A Level, rather than Pre-U, as the gold standard for educating its pupils. It rigorously, without exception, restricts its intake to an all-male, all boarding school reception, believing that day or weekly boarders, and integrated mix gender schooling both disrupt the education of mainstay boarders. Harrow caters to 800 students between 13 and 18 years and is one of the five remaining single-sex boys’ public schools in the United Kingdom. Harrow is also the only all boarding school in London.