The Land of Smiles
“Visitors are greeted at the airport with a sign saying ‘Welcome to the Land of Smiles’ – and it’s not just because of the friendly locals. From the azure blue of the sea and dazzling white of the sandy beaches to the verdant green of the jungle and gleaming gold of the temples, the colours of Thailand are dazzling.”
Carli Allan
Editor, WhichSchoolAdvisor.com International
Chonburi
Eastern Thailand, UAE 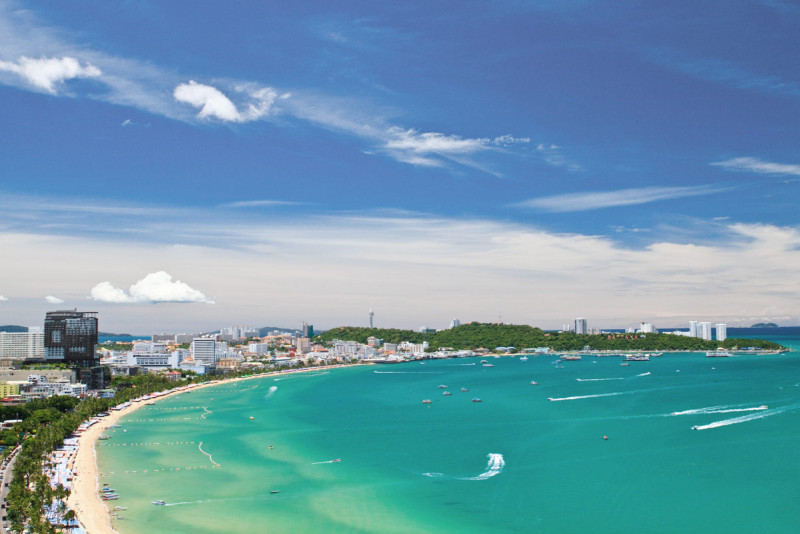 Located in the Eastern region, Chonburi has become a place to retire, relax and raise a family. Home to around 1.7 million residents, Chonburi is best known for the city of Pattaya and for being part of the Eastern Seaboard economic region. As well as being close to Bangkok International Suvarnabhumi Airport (BKK), Chonburi is connected to Bangkok by the eight-lane Chonburi-Pattaya Highway.

Chonburi is one of four Eastern provinces that make up the Eastern Seaboard, which is a hub for huge industrial estates that offer plenty of expat employment opportunities. It’s no surprise then to find plenty of expat neighbourhoods here, as well as a choice of international schools offering the IB and British curricula. Most of these are centred around the truly international city of Pattaya.

Once a sleepy fishing village, Pattaya has become a thriving expat community, retirement ‘village’ and tourist destination – and a popular beach getaway for Bangkok residents. The city is shaking off its ‘sin city’ reputation and developing at a fast rate. There is a wide bay that’s popular with beachgoers; the skyline is dotted with skyscrapers and high-rise condos; and the streets are lined with bars, shopping malls and 24-hour nightclubs. There’s also a cultural side to Pattaya, with sights including the temple-like complex at the Sanctuary of Truth, and the 18m-tall golden Buddha at the hillside Wat Phra Yai temple.

Venture outside of Pattaya, and you’ll find Si Racha, which is best known for its markets selling the famous Si Racha sauce; Laem Chabang, a huge industrial park and Thailand’s main deep-sea port; Bang Sean Beach, which is the closest beach to Bangkok; and the beautiful island of Ko Si Chang. Other coastal cities include Chonburi and Chaophraya Surasak.

Transport
Most expat housing estates are located close to the Chonburi-Pattaya Highway, which leads to Bangkok. Within Pattaya, the very basic public transport system is limited to ‘Baht buses’ and taxis.

Attractions
It’s all about heading to where the sand meets the sea and enjoying the province’s many tropical beaches and islands. As well as some beautiful cultural attractions in and around Pattaya, there are also national parks worth exploring. For modern entertainment, head to the CentralPlaza complex in Chonburi city.

Shopping
Head to the cities for major shopping malls such as Chonburi CentralPlaza in Chonburi city, and both CentralFestival Pattaya Beach centre and the TukCom centre in Pattaya.

Bars and restaurants
All Chonburi’s beach resorts and islands are lined with places to eat, drink and (quite often) party; the widest choice of international restaurants, late night bars, and fast food eateries will be found in Pattaya.