The Land of Smiles
“Visitors are greeted at the airport with a sign saying ‘Welcome to the Land of Smiles’ – and it’s not just because of the friendly locals. From the azure blue of the sea and dazzling white of the sandy beaches to the verdant green of the jungle and gleaming gold of the temples, the colours of Thailand are dazzling.”
Carli Allan
Editor, WhichSchoolAdvisor.com International
Nonthaburi
Central Thailand, UAE 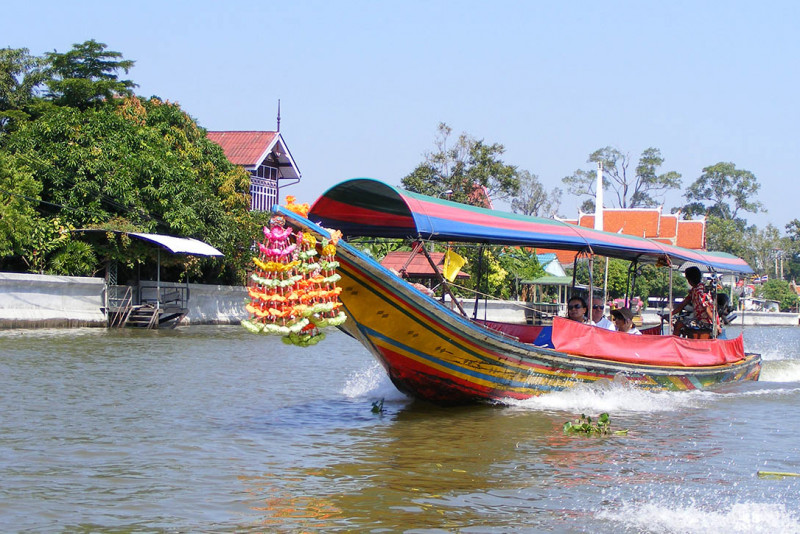 Venture northwest of Bangkok and you’ll find yourself in Nonthaburi. Located within the Central region, this densely populated province is considered by many to be part of the capital. However, as well as getting a break from the traffic congestion, pollution and noise of Bangkok here, you’ll also find that life moves at a much slower pace.

The rather charming Nonthaburi is built on two sides of the Chao Phraya River, with wide open rice paddies on one side and a jumble of luxury gated expat neighbourhoods, condos, shopping malls, traditional and floating markets, and government offices on the other. Tourists often travel to Nonthaburi on the river boat from Bangkok to visit attractions such as the Bangkok Hilton; just don’t expect to book a room for night at what is actually a fascinating local market. If nothing else, it’s fun to shop at the markets, catch a rickshaw or tuk tuk around Nonthaburi’s leafy streets, and grab a table at one of the many riverside restaurants.

Nonthaburi offers a slice of suburban life to many expats, who can enjoy living in a greener environment while staying close to the capital. You’ll find popular expat communities in the city of Pak Kret, all within easy reach of several international schools. The most popular neighbourhood here is Nichada Thani; this is a gated community of around 800 homes with a lake, shopping centre, community sports facilities, and the well-established International School Bangkok (ISB).

Attractions
As well as soaking up the local culture at Nonthaburi’s temples and shrines, it’s fun to visit the rustic village of Ko Kret on an island in the Chao Phraya River.

Shopping
Whether shopping for groceries or gifts, there are plenty of retail options here that range from the huge and modern CentralPlaza Westgate centre to the Wat Tahkian floating market.

Bars and restaurants
Riverside restaurants serve up some delicious local fare, in particular freshwater fish dishes. Nightlife centres around cities such as Pak Kret but is much more low-key than you’ll find in central Bangkok.