The Land of Smiles
“Visitors are greeted at the airport with a sign saying ‘Welcome to the Land of Smiles’ – and it’s not just because of the friendly locals. From the azure blue of the sea and dazzling white of the sandy beaches to the verdant green of the jungle and gleaming gold of the temples, the colours of Thailand are dazzling.”
Carli Allan
Editor, WhichSchoolAdvisor.com International
Bangkok
Central Thailand, UAE 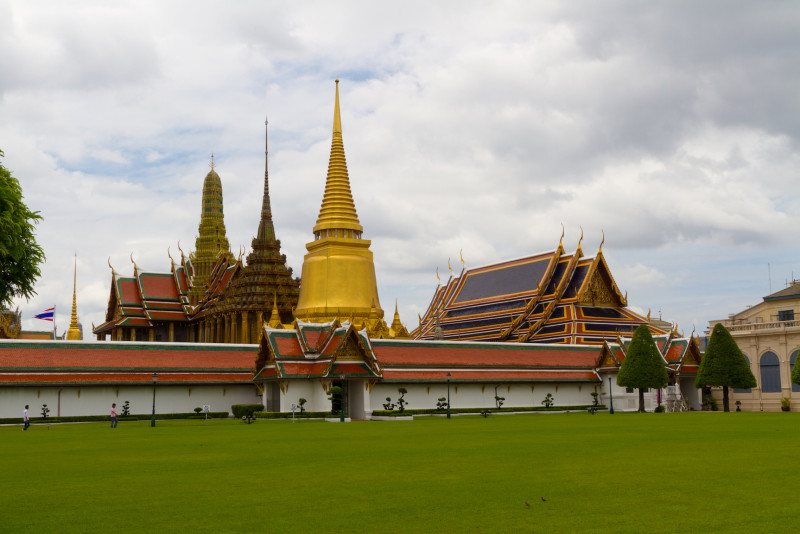 To sum up Bangkok in a nutshell, it’s a bustling metropolis that takes you from the ancient to the modern in a flash. You only need to scratch the surface of the Thai capital to find yourself in the midst of temples illuminated by neon-lit bars, skyscrapers towering over traditional food carts, and floating markets beneath a futuristic Skytrain.

This city of eight million residents is the centre of government, a hub for finance and business, a thriving tourist destination and an expat enclave. As well as being renowned for its cheap (and delicious) Asian food, bargain buys and cosmopolitan nightlife, Bangkok is famed for Khao San Road, which is always abuzz with backpackers, street vendors and partygoers. On the cultural and historical side, sights include temples, ancient palaces and museums; the cultural heart of Bangkok is Ko Ratanakosin, where you’ll find the Grand Palace and Wat Phra Kaew, and heritage neighbourhoods like Phraeng Phuthon Square. You can also bask in the gold glow of the enormous Buddhas statue at Wat Pho.

Shopping ranges from the bustling street stalls in Chatuchak Weekend Market to the ultra-modern CentralWorld mall, and you can refuel on the go with street food from Chinatown or dine in style at one the many upscale restaurants in Silom and Sathon. Commonly referred to as the Venice of the East, this tropical metropolis has a busy network of canals where you’ll see commuters and tourists travelling across the city by boat.

Back on dry land, Bangkok’s roads are often brought to a standstill by the heavy traffic and tuk tuks; the elevated Bangkok Mass Transit System, commonly known as the BTS or the Skytrain, helps to keep the city moving though. With Bangkok International Suvarnabhumi Airport (BKK) on its doorstep, Bangkok is the gateway to Thailand – and it is within easy reach of the beaches, ancient cities and national parks of the north and south.

Thailand’s most heavily populated city has become home for many expats, largely from the US, UK and Australia. As well as being more affordable than other South East Asian cities such as Singapore and Hong Kong, Thailand allows foreigners to buy their own condos. Popular central downtown areas include Sukhumvit, Silom, Asok and Prom Phong, which are close to BTS (or Skytrain) stations, the most popular form of public transport for commuters in the city.

Others choose to escape the urban sprawl and reside in one of many private housing estates in the suburbs. It’s a short commute to quieter areas such as Nonthaburi, Suan Luang and Samut Prakan, which have the appeal of a wide choice of international schools coupled with fresher air, more greenery and less traffic.

Transport
With a reputation as being one of the worst cities in the world for traffic jams, you may prefer to use public transport to get around Bangkok. The BTS (also known as the Skytrain) is a mass transit system that has 35 stations along two lines – the Sukhumvit Line and the Silom Line. Alternatively, you can take a river or canal ferry, or a tuk tuk.

Schools
Bangkok has Thailand’s largest concentration of international schools – more than 90 in total – offering a choice of primary and secondary education. Most schools offer either the IB programme or IGCSEs and A Levels.

Healthcare
The major private hospitals in the city are Bumrungrad, Bangkok Nursing Home and Bangkok General.

Attractions
There’s no shortage of things to see and do across Bangkok, and top attractions include the Grand Palace and Wat Phra Kaew, exploring the city’s canals, braving the rides at Siam Park City, talking to the animals at Dusit Zoo, a walk through the big Buddhas at Wat Pho, and seeing the Old Town by foot. However long you spend in this city, you always seem to find something new around every corner…

Shopping
Bangkok is a shoppers’ paradise, from luxury malls such as CentralWorld mall in the main open-air shopping district of Siam Square to the flea and street markets like Chatuchak Weekend Market, Sampeng Market, and Pahurat Textile Market. The floating markets are as much an attraction as they are a shopping experience.

Bars and restaurants
Bangkok is certainly a place to indulge in Asian cuisine. You’ll find plenty of street vendors in Chinatown, fine dining in Silom and Sathon, and hip hangouts and bars in areas such as Siam Square.