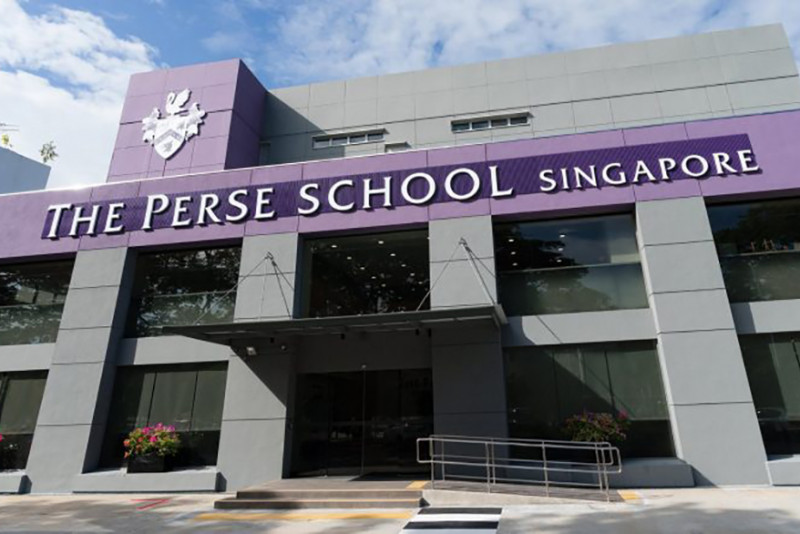 This well regarded British independent school opened a primary campus in Bukit Timah in 2020 for up to 480 students aged five to 11 years.

The Perse School, Singapore has become a talking point in Singapore for several reasons: it was one of three new British public-school exports to open in 2020, it has annual tuition fees of $25,000, and it has immediate places available for children aged five to 11 years.

If parents are looking for an affordable education in Singapore terms, The Perse holds promise for delivering a strong primary education built on British values and steered by a forward-thinking leadership team. It’s a school that may deter some with its lack of outdoor space and state-of-the-art arts facilities, and move away from the IB programme – but is also one that will appeal to families searching for a standalone primary school with centuries-long Cambridge roots, a strong maths curriculum, and low fees.

January 2020 marked a soft launch of the school, and it officially opened in August 2020. While the school originally opened for just Years 2-6, it has since opened Year 1 admissions ( smart move that will wide the appeal of the school to many parents); it hints at the possibility of opening a secondary school, saying that it is "in discussion with The Perse Cambridge who have a very successful secondary model for us to base our secondary school on". 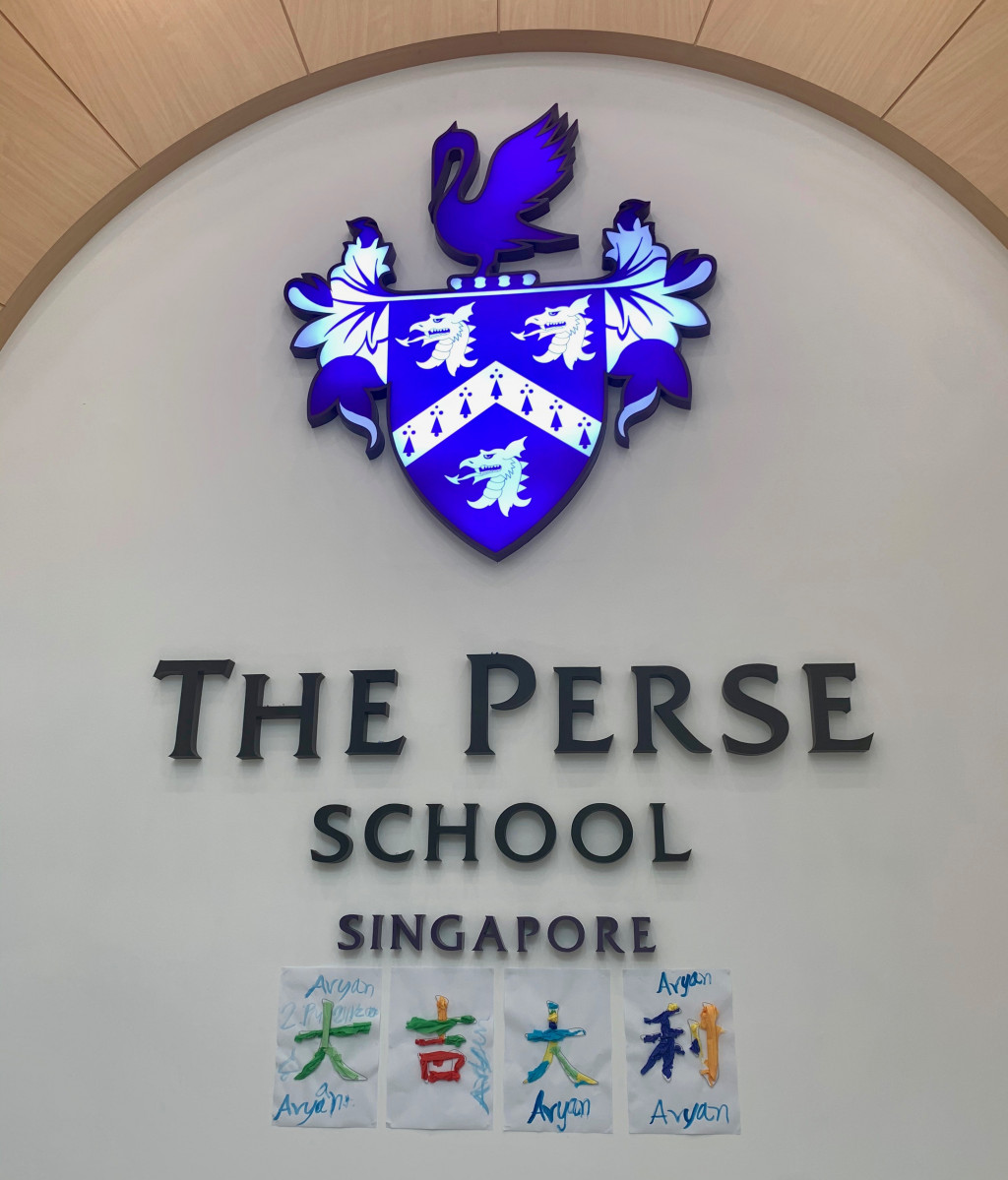 Teaching at The Perse closely follows the Cambridge Primary curriculum, and incorporates elements of Singaporean Maths, and Mandarin. Designed for 5- to 11-year-olds, Cambridge Primary focuses on developing skills in 10 subjects including English, maths, and science. It is offered by only a handful of schools in Singapore (including The Grange Institution), but more than 10,000 schools in 160 countries. It’s cheaper to deliver than the IB Primary Years Programme (PYP), and more accessible to Perse’s international teachers than the National Curriculum for England.

The question parents need to ask is, can the Cambridge curriculum prepare students for a secondary education at another school in Singapore and the IBDP? There is a checkpoint at the end of Year 6 that will provide an international benchmark of student performance at the school, but what can the school do to earn the parents’ trust until then? Well, while parents can’t judge the school based on The Perse UK’s results, it can expect its Singapore export to remain true to the UK school’s values, standards and quality of teaching.

Teaching follows some elements of the Singaporean maths curriculum, which uses visual aids such as blocks, geometric shapes, and bar charts to tackle mathematical problems; during our visit to the school, the desks were laid out with coloured blocks to represent fractions and ratios.

This is a system that is widely admired, as local students in Singapore are repeatedly ranked at or near the top of international maths exams. Similarly, practical aids such as Warrior Cubes are used in English classes, where students roll dice with images printed on each side of the cube to help them write a story. Maths is also taught in line with the Cambridge Primary curriculum.


The school uses a traffic light cup system in some classes to enable students to communicate with the teacher without putting their hand up. Cups are placed in the middle of the table and students can select a cup as necessary: red means ‘I don’t understand’, amber means ‘I’m not sure’ and green means ‘I fully understand’.

It’s a novel idea that is both low-tech and low budget to run. However, it does rely on students making informed self-assessments, and students who need to show the red cup may feel reluctant to do so in front of their peers.

Students are encouraged to question their learning. This is highlighted in the school’s Cambridge Global Perspectives programme, which encourages critical thinking, research, and collaboration in the same way as the IB Primary Years Programme. This aspect of the school’s curriculum could give students the foundation they need to study the IB Middle Years and Diploma Programmes in later years.

Are you a parent, teacher or student at The Perse School Singapore?
Take a survey arrow_forward

The curriculum includes daily Chinese classes and daily English lessons. There is a dual track system for different mastery levels: beginners take Chinese as a second language, while those who are more advanced in Chinese will take it at the Singaporean MOE Higher Chinese level, "which has the rigour of taking it as a native language".

The Perse has the resources to encourage a love of reading in both Chinese and English. For the youngest readers it uses NASA Kids Club, where children can interact on a big screen with learning games and reading activities centred on science; for reluctant readers it encourages them to start by reading Marvel comics and magazines including National Geographic for Kids; and for Mandarin readers it has a collection of Mandarin books including magazines and western titles such as Spot the Dog.

While the school is not a flashy, high-tech campus, it does give dedicated time and resources to technology in education. For example, there is a 1:1 iPad programme, a coding programme using LEGO Robotics, and a focus on digital literacy.

Beyond the classroom, The Perse has developed a programme of extra-curricular clubs, many of which are operated off-campus. As the schools grows, students will have the choice of horse riding, football, cricket, netball, softball, yoga, gymnastics, rollerskating, Lego Robotics, recycling, calligraphy, and drama. With such low numbers at the moment, the school can only offer horse riding, art, recycling, and football clubs.

The school has recently appointed a new principal. Benyna Richards joined the school in February 2021, taking over from the founding principal Claire Bell.

UK-born Richards was previously Professional Development Director at Tanglin Trust School in Singapore, and has worked in the UK as Head of Religious Studies at West London Free School and as Senior Programmes Manager at Ark Schools, a network of 38 schools.

“It is a very special thing becoming part of a new school community, especially one at the beginning of its journey. Thanks to Claire Bell (Founding Principal), Louise Grant (Acting Principal) and a dedicated team of teaching and non-teaching staff, The Perse Singapore has already put down strong roots.

“Over the next year, my priority is to build upon these areas of excellence, embed best practice and support the growth and development of teachers so that all the children in our care continue to flourish.

“Benyna is an outstanding school leader who is fully committed to the four Perse values of endeavour, intellectual curiosity and scholarship, breadth and balance, and valuing one another and the environment.

“At interview, she spoke with great passion about getting the best out of the little people (children) and big people (teachers and support staff) in school. This is the route to educational excellence where expert staff teach and care for happy and successful pupils."

The Perse, Singapore is owned by developer Chip Eng Seng, which also owns White Lodge Pre-schools. The group is building on partnerships between its schools to boost enrolment.

The school is accredited by The Perse UK, which visits the Singapore campus twice a year. The principal has a weekly meeting with the head of primary at The Perse UK to discuss collaboration “because we are looking for the same results”, and teachers will visit the UK campus annually.

In terms of teachers, around half the team are from Singapore and half are international; the deputy head is Singaporean.

The Perse looks set to become a very international school. Existing and potential students are from the UK, parts of Europe, and Hong Kong.

The foundations for a close-knit school community are being laid. Students are pen-pals with their peers from the UK school, and all children are placed within one of four houses (Barbarians, Corinthians, Foresters, and Nomads), which are all sporting teams without home grounds.

At lunchtimes, teachers and students sit together in a multipurpose atrium, used as both a dining hall and hall for assemblies and productions.

Once The Perse grows and its tables are filled with students and teachers chatting over a bowl of pasta, this could quickly become the very heart of the school.

While you can’t expect The Perse to have all the English charm and heritage of its UK school, it does promise to deliver its British values, covering everything from table manners to the correct use of the English language.

There are also plenty of ties to the UK school that help to make it ‘feel’ like a Perse school – the purple branding, the Pelican logo, The Perse values painted on the corridor walls, the uniform (complete with Velcro ties but minus the jumpers and blazers!), the “Perse” purple furniture, and the house system. There was even a recent student trip to the Jurong Bird Park to learn more about their school’s logo, the Pelican. The school is moving in the right direction, and as it grows we can expect to see more collaboration, such as exchange trips for Years 5 and 6.

One of The Perse’s strengths is a strong pastoral programme run by the head of wellbeing, Pete Whitmell, who moved across from the UK campus.

“I’m trying to bring over some of what has made The Perse UK so successful for 400 years. We want to get to know each child really well as an individual and bring out the best in them. It will be a challenge as the school grows but one I’m looking forward to. Everyone has to walk past my office to get up and down the stairs, so I will get to know everyone.”

“Academic attainment is exceptionally important, but I’m focused on the holistic development of the children. I want to encourage parents to value that breadth and balance on the wall in the entrance hall.”

There are many benefits to a standalone primary school: all resources, teaching, and facilities are geared towards the primary age group; they can have a stronger sense of community; and they can feel more welcoming to younger children.

One of the obvious downsides is that in Year 6 parents are left looking for a secondary place. While The Perse says that it is in talks with some secondary school providers here, it also plans to open its own secondary at a future date. If and when this happens, it will be interesting to see what this school offers in terms of facilities; while parents may be happy to forego sports and arts facilities at primary level, this becomes more of an issue from Year 7 upwards.