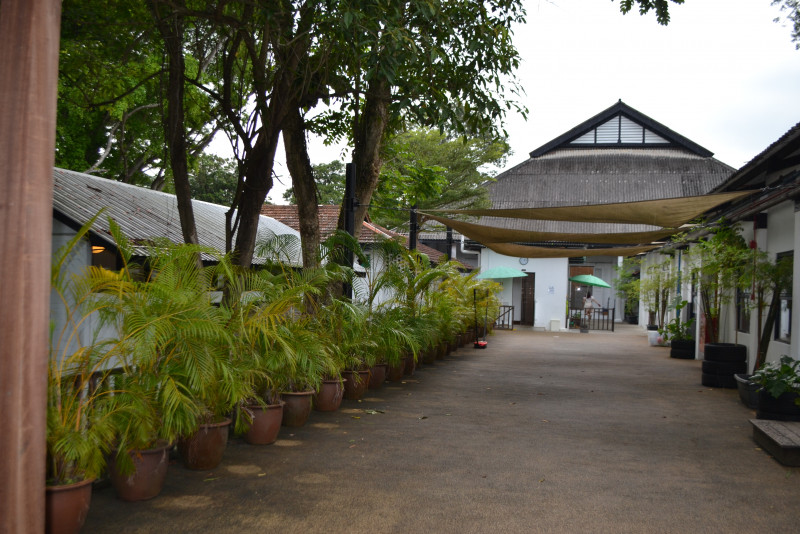 Located within a rainforest, this popular international primary school is offering a ‘back to basics’ education and Singapore’s lowest fees, delivered in a homely, nurturing and village-style environment.

Rather than dazzling parents with a glitzy campus, Invictus has established itself as one of Singapore’s most affordable international schools.

Here’s a school that feels understated and welcoming, with a learning environment that’s built around nature rather than state-of-the-art facilities. With annual fees of $17,000, it is certainly a cheaper alternative to rival schools charging $30,000 and upwards. The time seems ripe for an alternative to the traditional and more expensive international schools; it’s not needed or wanted by everyone, but the demand is there.

Invictus International School is a small school that is making a big name for itself. Located in the heritage buildings of Dempsey Hill, this charming primary school enrols just under 200 students in Grades 1 – 6. And what began as a small standalone primary has now expanded into a global family of primary and secondary schools.

In August 2019, Invictus opened its second campus in Sentosa for Grades 1 and 2, which then closed in 2021. In September 2020 it opened its new Centrium campus, with a bilingual primary school and a secondary school. Invictus has also opened other schools in Hong Kong and Cambodia.

In just three short years, the Dempsey Campus has grown in student numbers, reputation, and facilities. Since our last visit, for example, the school has opened two new classroom blocks, acquired a swimming pool, and developed a playing field. It's a school that you will either love for its natural setting, low fees, and village-style learning environment, or you will dislike for its basic facilities, lack of technology, and small student body.

Invictus has received widespread media coverage, not only for its low school fees but also for its ‘back to basics’ style of education. Founded by South African entrepreneur John Fearon (a parent who felt so disgruntled with the cost of education in Singapore that he decided to found his own school), Invictus offers a private education without the frills. Instead, it claims to concentrate on learning within the classroom, and leaves the extra-curricular activities at the parents’ front door.

There are no futuristic innovation labs or canteen serving designer menus (although catered meals have recently been introduced as an alternative to packed lunches). There are no shortcuts in terms of teaching staff either, who are all trained professionals from New Zealand, China, the US, the UK, Australia, and Canada. Instead, Invictus has been able to keep costs low by ditching the auditoriums and sports stadiums, and focusing purely on English, maths, science, geography, PE, creative arts, IT, and social studies. Instead of having a large expensive library, the school walks its students to the local library 2km away to borrow books and bring them back to campus. And rather than investing in expensive facilities, the school uses commercial spaces such as ballet and art studios located just a five-minute walk away.

Invictus is filling a gap in Singapore for moderately priced quality schools; in terms of cost, it is competing against schools including Middleton International School (Tampines), GIIS SMART Campus, DPS International School, and The Grange Institution.

Are you a parent, teacher or student at Invictus International School (Dempsey Campus)?
Take a survey arrow_forward

As a dedicated primary school rather an all-through school, the question parents may ask is where will my child go next? Some will prefer this small and intimate environment for young learners, others may only be here for the primary years anyway. The school is also fully aware that some families use Invictus as a 'holding school' while they wait to get a place at their preferred school.

The opening of the centrally located Centrium campus does help to solve the problem of where Invictus students go after completing Grade 6, particularly if parents want to continue paying similar tuition fees.

The school currently offers the IPC from Grades 1 to 6, which is known for its creative and thematic approach to teaching. This is supplemented by what Invictus describes as “rigorous” English and Mandarin courses and an MOE Singaporean maths curriculum. While Invictus is equipped with iPads and laptops, don't expect a strong focus on technology-based learning here. For a school with such low fees, though, that's hardly surprising. The school says, "We are working on getting more technology but it will never be the focus of this school."

Students have three weekly Mandarin classes, and can sign up for advance Mandarin lessons held four days a week after school at an additional cost. All lessons, including specialist classes such as music and art, are taught by the classroom teacher.

The school is run by principal Tina Cooper, who was previously vice principal of EtonHouse International School Broadrick.

Founder John Fearon launched the school in partnership with the Chip Eng Seng (CES) group, which also owns the Perse School and White Lodge Preschools – but Fearon stepped away from the Invictus group in 2021; it is still owned by Chip Eng Seng (CES).

Invictus has just under 200 students from more than 45 different nationalities, which is very diverse for such small student body. It is popular with families of twins for reasons of cost perhaps, and the majority of students have two working parents, which can be unusual in Singapore's expat community. The school says,

"We have a lot of South East Asian nationalities here who can’t afford bigger schools but they can afford us."

Class sizes are certainly not the lowest in the region with 25 students in each of the classes, and an average teacher to student ratio of 1:18. However, thanks to its small student population and open plan layout, Invictus prides itself on creating an intimate, home-like learning environment. It’s not exactly home away home, but it looks pretty close.

After-school activities are limited to advanced Mandarin, coding, writer's workshop, and swimming. Parents are given the opportunity to sign up for co-curricular activities in sport, music, and drama, which are outsourced by the school; students are walked to these after-school classes by Invictus teachers and then collected by parents afterwards.

Invictus moved from Bukit Timah to a slightly larger and much greener campus in the neighbouring community of Dempsey Hill in August 2017. The school is located within a newly-renovated and incredibly charming black and white heritage building. It is just a quick five-minute walk away from the trendy coffee shops of Dempsey Hill, where parents can often be seen post-drop-off and pre-pick-up.

Classrooms are spread across several small, low-rise blocks, and students follow clearly marked paths to move between classes. Located in a peaceful area, this cosy campus also has a playground, playing field, sandpit, school hall, and a swimming pool.

There is a standard annual fee of $17,000 for all years, which is payable in five instalments throughout the year; this is really handy if you need to budget. Are there plenty of hidden fees to surprise you though? Thankfully, no. Budget for an additional $2,700 to cover the assessment test, academic field trips, and uniform, and an optional $2,000 for IT equipment and $2,000 for co-curricular activities.

Invictus has partnered with White Lodge Pre-school so that all graduating students will receive direct admission into the school provided they meet the requirements.