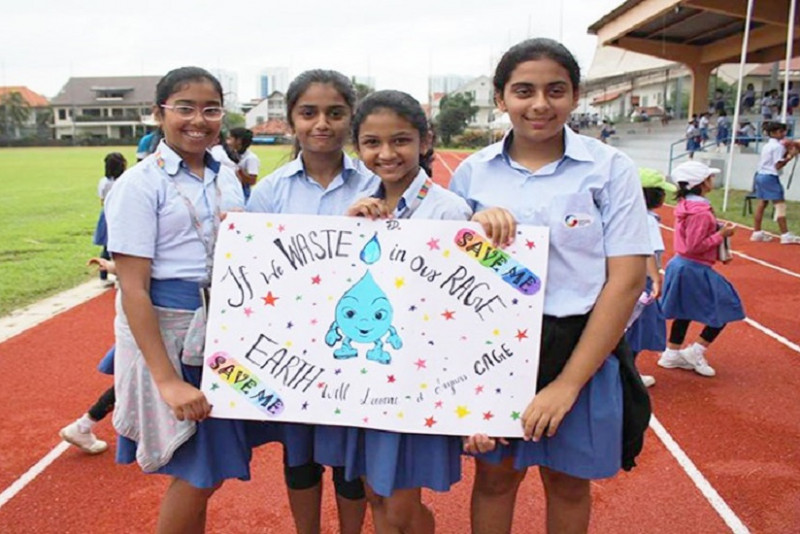 Part of the well-established network of Global Indian International Schools, the East Coast campus partners its delivery of the CBSE curriculum with a passion for sport and a commitment to go green.

The Global Indian International School East Coast (GIIS) is by far Singapore's sportiest Indian school. With its Gold Squad Training programme and GIIS sports stadium, the school is heavily focused on both sporting activities and academic programmes. As the school website proudly states,

Since its opening in 2006, GIIS East Coast has established itself as a school that focuses on sport, leadership, innovation, community service, and exam results almost in equal measure. Its low fees, small class sizes, and above average results are also part of its appeal.

GIIS was Singapore’s first international school for Indian expats. It has expanded from a single campus in 2002 to two campuses within Singapore – and a network of more than 20 campuses across seven countries. The group opened a fourth campus, GIIS SMART, in north-eastern Singapore in August 2018.

Unsurprisingly perhaps, there is a predominantly Indian student population of 4,000 across the three schools.

The East Coast campus takes children from nursery through to Class 10 and follows the Global Montessori Plus programme, the CBSE curricula, and IGCSEs. The teacher to student ratio is among the lowest in Singapore at 1:18. In line with the Indian curriculum, the GIIS school year runs from April to April, and all new students are required to sit a written entrance exam from Class 1.

Are you a parent, teacher or student at Global Indian International School (East Coast)?
Take a survey arrow_forward

GIIS East Coast is owned by the not-for-profit Global Schools Foundation (GSF), which is recognised for a structured and disciplined ethos. The school has a mindfulness practice running alongside the academic routine, with daily yoga classes held by an experienced yogi for all students.

CBSE subjects from Grades 1 to 10 include Hindi, Tamil, French, maths, science, IT, social science, and environmental studies. As well as CBSE (National), GIIS has been offering the CBSE (International) curriculum since it was launched in 2010 as a pilot project. In line with a global directive, this should be discontinued from the 2017-18 year. IGCSE subjects include Hindi, French, Tamil, business studies, computer science, and economics.

Learning beyond academics
GIIS East Coast is a self-contained school offering its own learning experience. The backbone for all three GIIS schools, though, is the Global Schools Foundation’s education methodology, which it calls Nine Gems. According to GSF, this holistic learning programme “meets the changing needs of a growing child and his/her evolving personality”.

Specifically, these nine ‘gems’ are: Academic Excellence; Sports Excellence; Visual and Performing Arts; Personality Development; Innovation and Creativity; Entrepreneurship and Leadership; Universal Values and Ethics; Community and Care; and Skills Development. Reading between the lines, the Nine Gems model equips students with skills such as problem solving, critical, analytical, and creative thinking, and teamwork. GIIS claims to be fusing the best of Eastern and Western education models, and its schools are certainly moving away from India’s traditional academic approach to education.

As mentioned, GIIS EC takes sport very seriously. The campus runs a Gold Squad programme to develop talent in football, cricket, badminton, basketball, and tennis. Its facilities include a GIIS sports stadium with 400m athletic track, as well as a cricket ground, football pitch, and volleyball, basketball, tennis, and badminton courts. GIIS has opened Chandu Borde Global Cricket Academies (CBGCA) at other international campuses, but we’ve yet to see one here in Singapore.

Co-curricular activities (CCAs) range from bhangra, needlework, and folk painting to a Bill Gates IT club, robotics, and creative writing. These activities seem to be taken very seriously by the school, and students are strongly encouraged to take part. Like all GIIS schools, there’s a house system here that encourages healthy competition in music, dance, cultural activities, and sport.

All class groups are taken on educational trips, local and international, and students have the opportunity to get involved with some impressive leadership initiatives. Past events have included a Model United Nations (MUN) conference and peace ambassadors training programme.

Green innovation
The sprawling campus lends itself very well to the school's environmental drive (see picture). With plenty of wide, open spaces within its eight-acre site, GIIS East Coast organises regular activities as part of a Green Innovation initiative. Students gain hand-on experience in the herbal garden, take part in energy audit workshops, and once a month they observe a 'no plastic bag' day.

Value for money?
Compared with other international schools in Singapore – but in line with other Indian curriculum schools on the island – GIIS’ fees are in the value range.

In terms of academics, IGCSE and CBSE (National) are acceptable or better.

In 2016, 65% of CBSE (International) Class 10 students at East Coast scored a perfect CGPA of 10, and the school also had an outstanding average CGPA of 9.58. All students scored 10 in mathematics-elective and French.