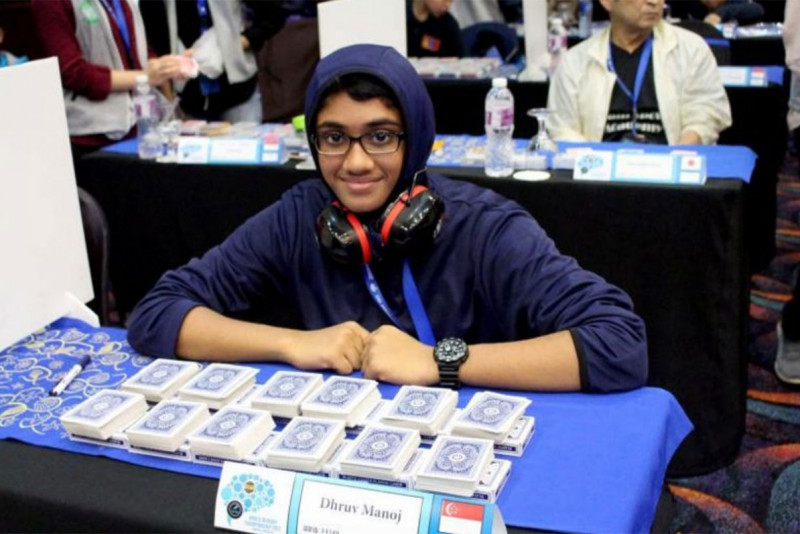 A primary school student from Singapore broke the record in one of the World Memory Championships section.

Dhruv Manoj, 11, a grade 5 pupil at Sembawang Primary School, participated in the ‘names and faces’ discipline at the championship held in Jakarta.

Dhruv took part in the 12 and below age group. Memory athletes at the international memory sport competition had 15 minutes to memorise names and faces and 30 minutes to recall and write their answers.

He was able to match 96 names to faces correctly out of 240. The previous record of 88 names and faces was set by an Indonesian student, Shafa Annisa Rahmadani Arianata when she was 11, at the Hong Kong Open 2015.

"I was so excited... It was unexpected and seriously cool, " Dhruv told straitstimes.com when he learnt that he had set a new world record for his age group.

He also won in the "random words" category for his age group where competitors had 15 minutes to memorise a list of random words and 30 minutes to write the words. He remembered 154 from a list of 380 words.

The Singapore permanent resident of Indian nationality credited his recent achievement to intensive training over three weeks leading to the championships.

He said "Breaking a world record will definitely help with promoting memory sport in Singapore... If an 11-year-old kid could do it, we should all give it a try."