IB Results in Singapore: The roundup so far

The IB results for the 2017-18 academic year are in – and students at international schools in Singapore, including those at UWCSEA, Tanglin Trust School, GIIS and GEMS World Academy, are scoring above the global average. Again.
IB Results in Singapore: The roundup so far
By Carli Allan 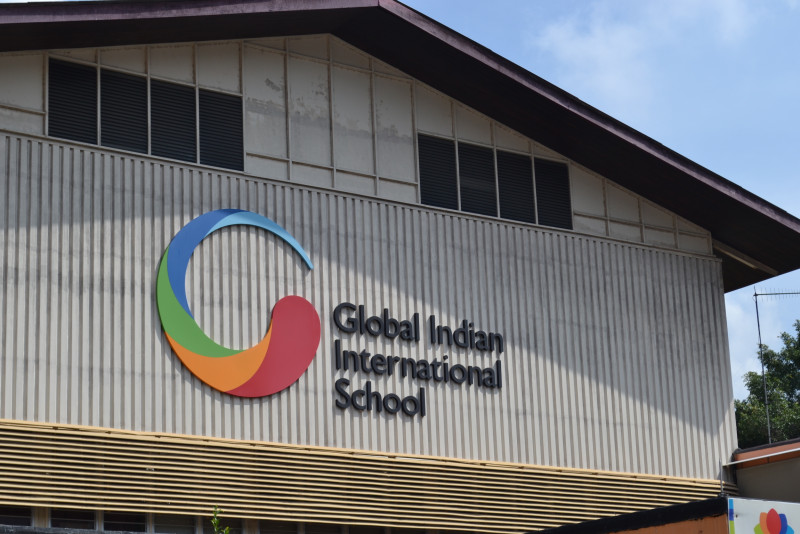 The long wait is over, and students at international schools in Singapore have received their International Baccalaureate Diploma Programme (IBDP) results.

The two-year IBDP programme is currently offered at 24 local and international schools in Singapore; there were 1,491 IB candidates this year and the average score for Singapore was 34.56. Dover Court International School only started offering the IBDP from September 2017 so will not sit its first exams until 2019. Schools with a calendar academic year from January to December sit the exam in November (results are released in January), while those operating from August to June take the exams in May (results are released in July).

In terms of context, the global average for the IBDP is 29.78, down marginally on the previous year.

The Singapore average however is 34.56 – significantly above the global average.

Each point in the IB is the equivalent of approximately 2.2%. The maximum IB score is 45.

Note, as more schools release their results, we will update this article. Of the schools that have published results so far…

At Global Indian International School’s Queenstown campus, the average score was a very impressive 37, well above the global and even Singapore average. Three students were world toppers with a perfect score of 45 points. Another five achieved 44 points.

The school improved on last year’s performance when the average score was 36, 61% students scored 35 and above, and two students achieved the maximum score.

"GIIS has broken records once again. This is a proud moment for us," said Principal Melissa Maria, who announced the results at the new GIIS SMART Campus where all students from Queenstown have now moved to."

Tanglin Trust School's Class of 2018 scored an average 37.8, which is slightly lower than last year's average of 38.8, and three students achieved the top score of 45; this is a record achievement for the school. In addition, almost three fifths of the cohort scored 38 points or more, and 98% scored 32 points and above.

ISS International School's cohort of 44 students at the Preston campus celebrated a 100% pass rate and a high average score of 33. These are both improvements from the results for the past eight years, when pass rates have been constantly achieved at 91-95% and the average IB score has hovered at approximately 32 points.

High school principal Nicola Zulu said: “Over the four years in our high school, students are provided with individualised learning experiences along with high expectations and a nurturing environment. We have seen how our graduates grow and be successful, going on to study at universities around the globe.”

GEMS World Academy celebrated its first IB graduating cohort this July with an average score of 31.33.

The school said that its graduates will study at universities across the UK, US and Canada, as well as specialist career-focused programmes in Europe like Ecole Hotelier Lausanne, Les Roches and the Savannah College of Arts and Design.

Stamford American International School celebrated an 86% pass rate and an above average score of 32.3.

Results at Nexus International School were also well above the global average at 33 points. Four of the 37 students who participated in the IBDP programme (11%) achieved 41 points, placing them in the top 5% globally. 25% of the Diplomas awarded were bilingual.

Nexus is an inclusive and non-selective school, with a diverse group of learners who come from across the world; this particular cohort has nationals from Australia, Russia, China, Canada, Singapore, Malaysia, UK, Norway, India, Japan and Cambodia. Graduates have been accepted to London School of Economics (Accounting), University of York (Politics & History), and Nangyang Technology University (Artificial Intelligence), as well as universities across Europe, USA and Canada.

IB students at UWC South East Asia (UWCSEA's) Dover and East campuses celebrated an average score of 36 points, which is considerably higher than the global average of 29.78; the pass rate was 97.6%. UWCSEA has a large IB cohort of 572 students. Of these, 318 students studied at Dover, which has been offering the IBDP since 1977; 254 were at the East campus, which welcomed its first IBDP intake in 2012.

The Class of 2018 at Chatsworth International School achieved an average score of 32 points and the pass rate was 94%. The highest score was 38 points and the average subject grade was 5.10.

Students at some of Singapore’s local and international schools sat the IB exam in November 2017 and received their results in January 2018.

Anglo-Chinese School (ACS) scored an average of 41.6 points, with 27 perfect scorers getting the maximum 45 points. Out of 444 students, 84.7% scored between 40 and 45 points, in the school's best performance since it started the IB programme in 2006.

Hwa Chong International School (HCIS) meanwhile scored an average of 37.2 points, a new high for the school. Its score last year was 36.8 points. Two students from the school scored the maximum 45 points, the same as last year. This year it achieved a 100% pass rate.

The School of the Arts (SOTA) saw 80% scoring at least 35 points. Some 90% of SOTA’s students achieved excellence in the IB Career-Related Programme (IB CP) since its conception in 2014. The IB CP requires students to take up four core subjects, two diploma subjects, and undertake career-related study.

Five students from St. Joseph's Institution (SJI) achieved perfect scores, with half the cohort scoring above 42 points. SJI saw its largest-ever IB cohort at 187 students, scored an average of 37.7 points, up from 37.2 points last year. The school also had more top scorers this year, with 40.6% achieving over 40 points compared to 32% previously.

More students now take the Diploma programme than ever before, with the 50th year of the IB marked by over 1.7 million learners worldwide.

IB Chief Assessment Officer Paula Wilcock, said: “As we celebrate our 50th year I look forward to continuing to ensure that our assessments measure what is important, and continue to evolve with our rapidly changing world”.