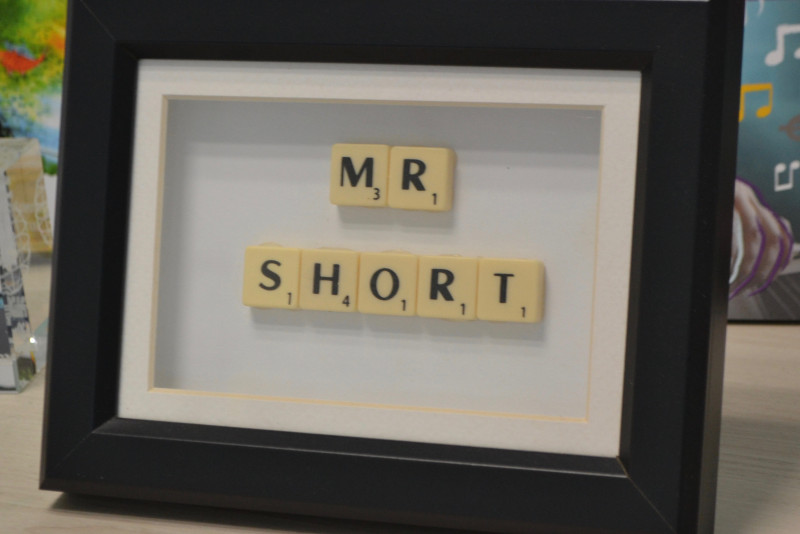 Christopher Short, or Mr Shorts as he’s fondly known to his students, has been head teacher at Dover Court International School since 2016. He inherited a school that joined the global Nord Anglia education group in 2014 and has a strong reputation for its SEN provision – and he is taking the school into the future by adding a sixth form.

As well as tackling these challenges head-on – and with his trademark friendly demeanour – Mr Short is actively involved in all aspects of the school, whether it is teaching a Year 10 Pathway 3 science class or taking a school assembly in a tailormade DCIS school shirt. WhichSchoolAdvisor.com interviews the Dover Court head to find out how this British school has remained one of Singapore's most sought-after choices, more than 40 years after it was founded.

DCIS is one of Singapore’s oldest schools, and still one of the most popular. What is the key to its ongoing success?

Our longevity is a key factor. We have a mature campus, a very strong community feel, and a nurturing atmosphere. We’re not glitzy and shiny, we don’t claim to be ‘all chrome and glass’, but we do have what we need to run a successful school because we’re focused on quality teaching and learning – and that’s what matters. We’re also a bit cheaper than some of other schools, and sufficiently different.

We’ve got the same pressures of operating within an expensive environment as other schools in Singapore, but we seem to be weathering it well. We’re pleased with the way things are going, and we are full up to Year 8 at the moment.

Read about out visit to the DCIS campus here.

How has DCIS adopted Nord Anglia’s global approach to education, and how does it benefit from being part of an international network of schools?

Joining Nord Anglia hasn’t changed the direction of the school but it has given us additional investment and expertise. It means that we can be the best version of who we want to be. We’re not just a family, standalone school anymore, and in just four years the school has transformed on multiple levels.

We have now got two high-profile collaborations – one with Juilliard and one with MIT – and they’re both enhancing what we do. We’ve been careful not to just drop these music and STEAM programmes into the curriculum; we don’t want them to be a bolt-on.

We’re sent MIT challenges every year and we’ve included some of these STEAM projects within our IPC programme. For example, one project focused on the next phase of flight and Year 4 students made models of planes of the future, which were brilliant. We then brought in a pilot who works in Singapore and the winners went to visit an airport hangar here. So, we’re doing our best to localise what’s coming out of MIT in Boston and make it accessible to our students.

And what about the Juilliard music programme?

We’ve had to explain this one to parents a bit more. While everyone understands where the MIT programme comes from, the Juilliard programme is about inclusivity in music education but Juilliard School is about the peak of performing arts and music education. The resources we get are phenomenal and it’s so well put together. There’s a module on film music, for example, and how it creates the mood around a scene. We bring over the Juilliard alumni every year and they connect really well with the students.

You’ve had experience of working within a Nord Anglia school as the founding head of secondary at British International School of Hanoi in Vietnam. How are you using the group’s Global Campus to broaden horizons at DCIS?

We connect online with other Nord Anglia schools worldwide, participate in global competitions, and send students to locations such as Tanzania last year and Switzerland this year. Increasingly, we’re working with other schools in Asia and, because there’s only a one-hour time difference, it’s easy for us to talk to students in Kuala Lumpur for example. We’re organising events such as a football tournament in Ho Chi Minh City and a sports event in Bangkok.

DCIS is one of the leading inclusive British international schools in Singapore. What makes your approach to special education so unique?

We are unashamedly inclusive. We’re not fully inclusive as we’re not in a position to take students with any physical difficulties because we’re quite an old campus with converted buildings dating back to 1950s. However, 10% of our student body have SEN, ranging from moderate to severe needs such as Down’s Syndrome and developmental delay.

There are other special schools in Singapore, but none that have a mainstream and SEN provision. There are parents with children in a special school who are looking for a more inclusive environment, and that’s where we’re unique.

We have four pathways. About 80% of our students are on Pathway 1, which is the mainstream curriculum. Pathway 2 is a traditional learning support model, where students can access support through a dedicated learning support team in class or within specialist sessions or booster groups.

In Pathways 3 and 4 the class sizes are smaller – between eight and 10 – and we have extra TAs in each class. Both pathways provide a greater ratio of teaching adults to students, and Pathway 4 provides an individualised curriculum that’s focused on academic and life skills. We’re moving towards having a Pathway 3 and 4 in each year group, and then as the students get older we put them in a mixed year group where they work on life skills.

How does your SEN programme integrate with the mainstream?

We walk that tightrope between 80% mainstream and the 20% in SEN. Pathway 3 students become more integrated as they work towards IGCSEs because they can take mainstream maths, for example, but may need to be in a support programme for English. Also, our SEN benefits our mainstream students as it encourages our students to show empathy, show leadership skills, and work within groups of different needs.

Since being taken over by Nord Anglia, we’ve worked with other schools worldwide, such as at St Andrew’s in Bangkok, on this successful SEN model.

Why was it so important for DCIS to introduce the IBDP in 2017?

Parents don’t want to put their child into a school up until 16 and then have to move them for the last two years of their schooling, so we needed to extend our secondary education. We’re running our first cohort now, and it’s had a tremendous impact on growing the secondary school.

I think that IGCSEs are a strong introduction to the IBDP. In terms of a curriculum, exam-based programme, IGCSEs will prepare students for that. To prepare our younger students for the IBDP, we’re working on developing their research skills and extended essay projects. CAS is less of an issue as we run residential trips for Year 4 onwards, so they get the idea of service and so on. It does dovetail correctly and well, and we did the same at my previous school in Vietnam.

DCIS may have international in the title but to many people in Singapore, it’s known as a British school. Is this a fair description?

While we’ve got 85% British teachers and a British curriculum, we can’t be a little bit of Britain. We have to adapt slightly. Parents are looking for that Britishness though, whether it’s because they want to move onto a British school around the world, or because they see that the IGCSE is a good segue into the IB.

We’re a member of the Federation of British International Schools in Asia (FOBISIA), which requires us to prepare children to go back to the UK and into a British school, so we are strongly aligned to the English National Curriculum in both core and other subjects. In most subjects, though, we follow the IPC and its thematic, project-based approach to learning.

It’s a balancing act and while we celebrate the fact that we’re British, we also celebrate many other nationalities too.