Six parents of students at UWCSEA’s Dover and East campuses and Singapore American School have tested positive for Covid-19; all three campuses are now closed for the spring break.
This article is part of an editorial series on Covid-19 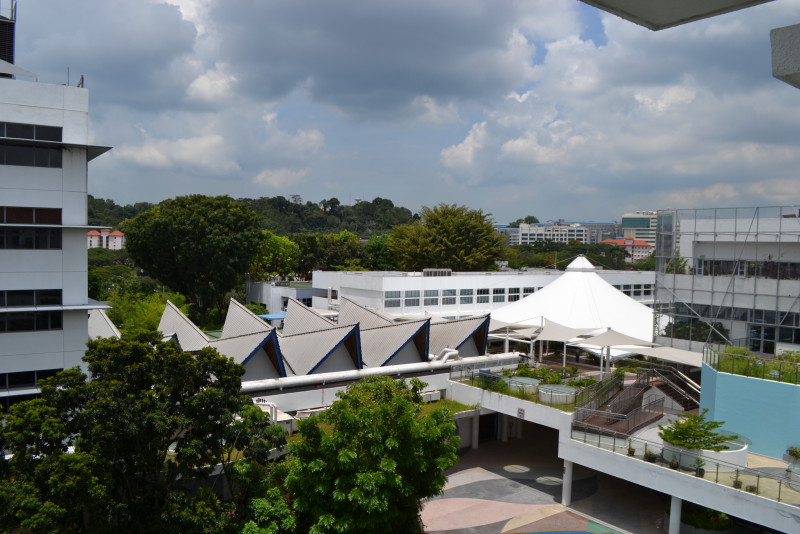 Parents with children attending UWCSEA’s Dover and East campuses and Singapore American School have tested positive for Covid-19. Both schools are now on spring break.

Among the latest confirmed cases of Covid-19 in Singapore are two parents from UWCSEA (Dover) (pictured above) and one parent from UWCSEA (East). None of the schools' students and staff have the virus.

In a message to parents, the school said: “None of the parents have been on campus recently. Parents were only back in Singapore a few days when they were diagnosed. The children of the families were removed from school as soon as the parent received the diagnosis.”

The school, which has campuses in Dover and Tampines, has closed early for the spring break, which was scheduled to start this Friday. Classes are due to resume on April 6, when the school says, “Learning may be remote or on campus, depending on the developing situation”.

UWCSEA says: “The decision to change our calendar has come as a result of developments over the last few days, following a series of additional travel and health advisories. These have had a growing impact on our ability to run operations at the College; the decision from Malaysia to close their borders means that some of our staff who live over the land border between Singapore and Malaysia cannot come to work.”

As reported in The Straits Times, three parents at Singapore American School (SAS) have also tested positive for the virus; none of them had visited the school campus in Woodlands and none of the schools' students and staff have the virus. SAS is currently on its spring break, and it will deep clean the campus during this time.

Singapore American School (SAS), which has a student body of 4,000, closed for three days to trial its online learning programme. It will stay closed and offer remote learning for the first week after spring break (Tuesday, March 31 – Friday, April 3). Classes are due to resume at the school’s campus on April 6.

Tanglin Trust School, which enrols around 2,700 students, closed its campus early on March 19 and has moved to online learning until the start of its spring break on March 28. And International Community School (ICS) has added a second week to its spring holiday and will deliver an online learning programme from March 30 to April 10; the school plans to reopen on April 13.

There is a question mark over whether other international schools such as UWCSEA will reopen for Term 3 or move to online learning.

On its website, UWCSEA says: “The unpredictable global situation means that our learning is increasingly likely to move off campus. We want to make sure that option is fully tested and in place, should it be necessary when school resumes.”

This week, Dover Court decided to switch to remote learning for three days, and then run normally next week ahead of its spring holiday starting on April 7.

A letter to parents said: "Our Incident Response Team has met to discuss how we will operate this week given the number of staff we have away on SHN, LOA, MC and general illness.

"We have managed today by redeploying staff and resources but any further absence would make it very difficult for us to continue. To allow parents to plan ahead we have decided to move to NAE Virtual School and DOT Plan from Wednesday to Friday this week (25th - 27th March)."

As schools continue to close worldwide – and some international schools take the unilateral decision to temporarily close – Singapore's education minister Ong Ye Kung is keeping schools open. He says that the decision to reopen all MOE schools after the spring holiday was based on scientific evidence, additional precautionary measures, and a desire to minimise disruption.

Today, however, Singapore stepped up precautionary measures by closing all bars, cinemas and other entertainment outlets will be closed from Thursday (March 26) until April 30. There were 49 new Covid-19 cases reported as of Tuesday, March 24, including 32 imported cases, which brings the total number in Singapore to 558.