Best Schools in Singapore, 2022: The Judges

WhichSchoolAdvisor.com has announced the judges of the Best Schools Awards (Singapore) 2022.
Best Schools in Singapore, 2022: The Judges
By Carli Allan 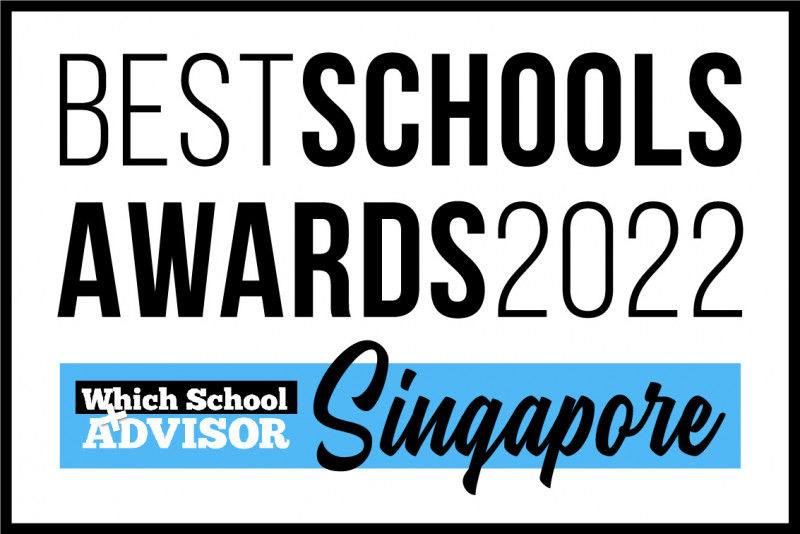 The judging panel for the inaugural Best Schools Awards (Singapore) 2022 includes ten senior educationalists who have been selected based on their professional experience across our Awards categories. Judges will assess the final shortlist of schools for each category and choose one single winner for each ahead of the Awards being announced in May.

As founding Principal at Victory Heights in Dubai, Sasha Crabb has played a key role in the design of the school building, the curriculum, uniform and ethos. She was awarded Principal of the Year by Educational Journal Magazine in 2017 and by SchoolsCompared.com in the UAE in 2019. This year, at the Top Schools Awards, she led Victory Heights Primary School in being awarded, Best Primary School in the UAE. Sasha has previously been a literacy advisor in Wales, a deputy headteacher in London, and a headteacher in Cairo, Egypt. For the past 26 years she has enjoyed working with a diverse mix of educators who are passionate about teaching and learning.

Zara Harrington, Principal of Safa British School in Dubai, is an experienced senior leader both in Dubai and the UK. Previously, Zara was Vice Principal and Head of Primary at the Outstanding-rated GEMS Wellington International School in Dubai and Principal of two merged schools in the UK, The West Grantham Academy St Johns. She is also an HMI Associate Inspector with OFSTED in the UK. Her passion for teaching is at the core of everything she does and in 2021 Zara was awarded 'Principal of the UAE' in the SchoolsCompared.com Top Schools Awards – an award that reflects how truly community focused Zara is with her school.

Anita is a proven educational leader, award-winning innovator, and experienced international educator. She has been a Superintendent, Head of School, and principal for over 15 years in schools from K-12, offering AP, IB, American and Canadian programmes. Anita is currently Head of School at the American International School in Hong Kong, following a previous role as Elementary Principal at GEMS Dubai American Academy where she led the amalgamation of two elementary schools. She received the ORION Leadership Award for Innovation in Education in 2017, which recognised her work as a superintendent leading innovative blended learning.

Lisa Scott-Lee is a member of the successful British pop group STEPS, who have achieved worldwide sales of over 20 million records. She is an accomplished performer with many years of experience in the TV, radio and music world, gaining valuable years of experience as a professional singer, dancer, creative director and producer. Lisa is also founder and principal of the performing arts school, DPA Academy in Dubai, and she is extremely passionate about the arts and passing on her wealth of knowledge and experience to the youth of today and the talent of tomorrow.

Robin Giles has been a teacher for over 15 years, and taught maths, further maths, PE, outdoor education and sport to three to 18-year-olds. He previously worked as Director of Performance Sport at Dubai English Speaking College, now widely regarded as one of the strongest sporting schools in the Middle East. Currently at Shebbear College in the UK, Robin is focused on improving students' experience of sport and outdoor education, encouraging participation, and creating a performance pathway for aspirational athletes. Robin is a World Rugby Trainer and has delivered Coach Education across Asia, Europe and the UK. Having taught on three continents, Robin has a broad understanding of international education and sport.

Currently at GEMS First Point School in Dubai, Matthew Tompkins is in his 25th year of teaching and 21st year as a senior leader in schools. Matthew is passionate about maximising every learners’ potential and celebrating the greatness in every child. Before joining GEMS, Matthew was the Principal of Skinners’ Kent Academy, an Outstanding school in Tunbridge Wells, Kent; in 2018, the school was in the top 1% in the country for the progress pupils made in both English and Mathematics. Matthew’s qualifications include a Masters (MA) Degree in School Leadership from Canterbury ChristChurch University in the UK and the National Professional Qualification for Headteachers, again in the UK.

Chris Short has worked in international schools for 27 years and, having started his teaching career in the Middle East, he subsequently worked in Vietnam, Singapore and most recently China. Before moving to NACIS, Chris was Principal of Dover Court International School. He has extensive knowledge and experience of starting up new schools and growing existing schools; as an accredited school inspector, Chris has previously travelled extensively to Australia, Thailand, Kuwait, Yangon and China working with teams of school leaders.

Originally from the UK, and currently principal at South View School in Dubai, David Flint has extensive experience as an educational leader specialising in the UK and IB curricula in Hong Kong, Czech Republic, Malaysia and the UAE. David has worked within, led and developed established schools and start-ups with rolls ranging from 400 to over 3,000 pupils in the three to 18 age range. David has a Bachelor’s degree in Geography from Staffordshire University (UK) and Master’s degrees in Transportation, IT and Education from the University of Hong Kong.

Jenny Mollon, Director of Education at school design experts Kidzink Design is a well-known face to readers of our sister site, having been our UAE Senior Editor for several years. Despite moving on to pastures new, Jenny remains a great friend to the WSA team, and we are delighted to have her on board as a judge for the Best Schools Awards Singapore. Not only does Jenny have a great knowledge of all-things international education, she is a qualified British Schools Overseas School Inspector and has many years’ experience as an Early Years Educator.

Lyn Soppelsa joined Which Media as its first full-time team member back in 2013. Initially, Lyn was the public face of WhichSchoolAdvisor.com, visiting schools around the UAE to get to know them better and to introduce the new brand. Over the years, Lyn has worked in both commercial and editorial roles for WhichSchoolAdvisor.com UAE, and in support editorially of WhichSchoolAdvisor.com International and with the team at SchoolsCompared.com. Lyn’s background includes both Parent Relations and Registrar’s roles in mainstream education, and marketing for an SEN centre in Dubai. Lyn also spent a number of years working with international families relocating to the UAE, and fully understands the processes and requirements involved from both a school and parental perspective.