The French education system is compulsory from 6 to 16, however in practice pupils start earlier and leave later. There as similarities and important differences with the UK or US education systems.
French
Country of Origin: France 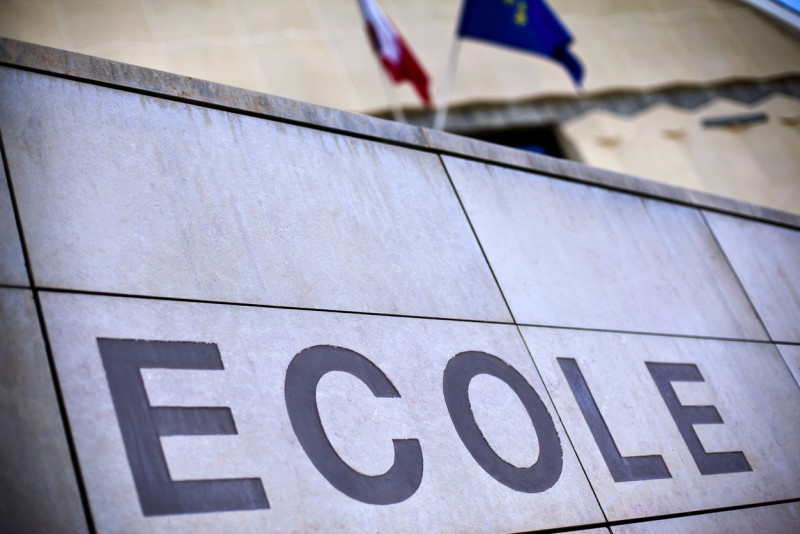 Education starts later in the French system, and compulosry from the ages of 6 to 16, but a large majority of children start school well before the minimum age, often as young as two years old - and a majority continue past 16. Some 64% of all school pupils in France complete their secondary education, and take the high-school leaving certificate examinations, known as the baccalauréat or the baccalauréat professionnel.

The official target - estimated as necessary for the needs of the nation - is 80%.

Differences between a French and UK education

1. Greater emphasis in France on the core subjects, i.e. French and maths, and less time given to imaginative/creative subjects (story-writing, drama) in primary school. More time given to learning poems and texts by heart

2. Repeating a year is more common in France, should the child be consistently under-achieving. This rarely happens in UK schools.

3. In French state schools, no celebration of religious festivals, so no nativity play for example. Schools are strictly secular except Catholic schools - see below.

5. Private education is far less prevalent in France, but the number of private schools is increasing.

6. French schools do not have a school uniform. Nearly all UK schools do.

7. The British education system is less formal and more "progressive". There is less listening, and more discussion. Education in French schools is said to be more traditional.

The different types of school: (taken by age of pupils):

Ecole Maternelle (KG) and creches: The equivalent of Kindergarten or pre-school nurseries. Ecoles Maternelles take pupils from age 2 to age 6, and prepare them for entry into primary school. The French école maternelle is more than just a playschool; like the UK Early Years Foundation Stage it includes requirements for numaracy, and literacy, as well as artistic and creative developmental goals. There are three classes, "les petits", "les moyens" and "les grands".

Ecole primaire, or Ecole élémentaire: Primary school, grade school. Five classes, ages 6 to 11. The primary school curriculum in France is similar to that in other countries, and includes literacy and numeracy, with classes in French, arithmetic, but also geography and history, the arts, and more and more frequently a foreign language, usually English.

Until 2008, the school week was Monday to Friday, with Wednesday free.

Pupils have an average of 28 hours classes per week. The five classes in the Ecole Primaire are, in order, CP, CE1, CE2, CM1, and CM2 : CP is Cours préparatoire, preparatory class, CE means cours élémentaire - elementary class - , and CM is cours moyen, middle class; the two middle classes are a preparation for the next level, which is middle school.

Collège: Middle school. Four levels, normally for pupils aged 11 - 15. The "collège unique" is the backbone of the French school system. All pupils go to collège, usually at age 11, but sometimes at an older age, if they have been made to repeat a year in primary school.

The collège is designed to provide all pupils with a fundamental secondary education, after which a certain degree of specialisation will be introduced. In practice, pupils are frequently oriented during their collège years either towards general classes, from which they will be expected to continue their education in a traditional lycée, or towards more technical classes, after which they will be expcted to take an exam called the "brevet" (an equivalent to the GCSE), and then either stop their secondary education (if they have reached school leaving age), or continue in a "lycée professionnel" or vocational high school.

Lycée: High School. The traditional French lycée covers the last three years of secondary education. There are two main types of traditional lycée, the lycée général or lycée classique, and the lycée technique.

The main function of the lycée is to prepare pupils to sit the baccalauréat (or bac) exam, the equivalent of British A levels. Classes in a traditional lycée cover the same range as in collège, with the addition of philosophy (for all) in the final year. The three classes (grades 10 to 12) are known as seconde, première and terminale.

In theory, all public lycées offer the same quality of education, in the framework of of the national education system, and private lycées have to provide the same quality; in practice, this is not strictly true, and "league tables" published each year highlight the very high performance levels of a number of lycées that are commonly recognised as France's top shools: these include the Lycée Louis-le-Grand or Lycée Henri-IV in Paris, the Lycée Fermat in Toulouse, and a handful of other famous public lycées.

However, in recent years, more and more of the top positions in the league tables have been taken by private lycées, such as the Collège Stanislas in Paris, France's largest private lycée.

Public and private schools in France:

It is commonly believed, outside France, that virtually all schools in France are state schools, i.e. in the public sector. This is a misconception. Over 80% of school pupils are in state schools, but this leaves a substantial (and growing) minority of almost 20% who attend private schools - far more, for instance, than in the United Kingdom or the USA.

However the private/public divide is not as clear as it is in other countries. Private schools in France are essentially (about 90%) catholic schools, in which there is religious instruction in the curriculum; they select their own teachers, but must follow the same curriculum as state schools if they wish to remain under contract (écoles sous contrat) to the state education system. This is a very important point for almost all private schools, as it means that the state pays the teachers. Consequently, private schools in France only charge symbolic or low fees, and are accessible to pupils from all sectors of society, not just to those whose parents are well-off.

There are only a handful of fee-paying boarding schools in France, similar to English "public schools".

The baccalauréat and grading:

Unlike English "A levels" or Scottish "highers", the baccalaureate is a unitary exam, that pupils pass or fail.

It is impossible to pass in one subject and fail in others. The only mark that counts is the final weighted average, which must be at last 10/20 for a pupil to pass. Pupils who achieve just under 10/20 are often passed by the exam board, whose decision is final. Pupils achieving betwen 8 and 10 can resit their bacalaureat as an oral exam a few weeks later. Those who get under 8/20 must retake their year, and try again.

The general Baccalaureate is organised in different "series". In their final year, all pupils specialise in function of the "series" they have chosen, of which currently there are three; the "L" series (literary studies), the "ES" series (economic et social studies), and the S" series (sciences). Each "series" includes different specialities. The role of lycées in post-baccalaureat studies is discussed on the higher education page.

Grading
Grading in the French education system is entirely standardized. All marks or grades for assignments, tests, or exams are out of twenty, and the pass mark is 10/20. This goes from junior school through to postgraduate level.

The grading system was first set up in for the Baccalaureate in the year 1830, and has not changed in over 170 years. The grades are as follows:

Students getting an average mark of between 8 and 9.99 on their Baccalaureate exam are entitled to resit the exam a few weeks later.