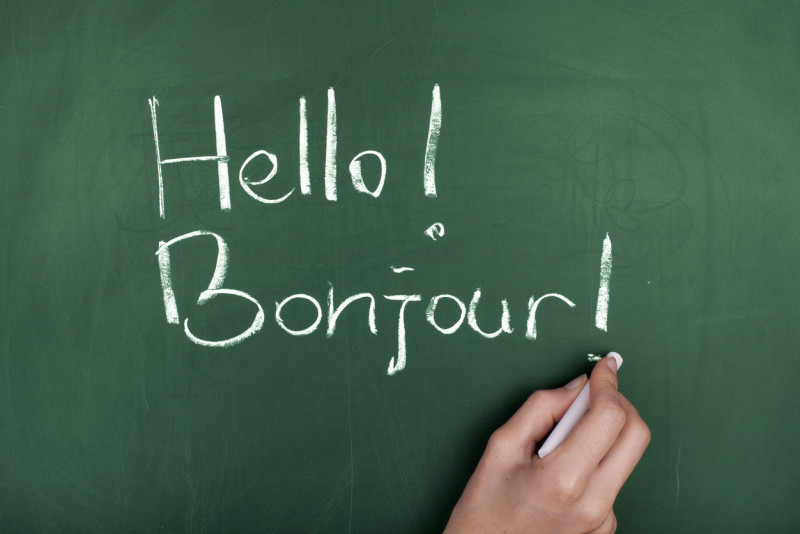 Do you want to give your child an opportunity to learn French from as young as two years? Are you looking for a French-English primary-level bilingual programme that goes above and beyond the daily or weekly language classes taught at most international schools?

There are three international schools in Singapore offering a French-English primary-level bilingual education focused on the needs of native English speakers. And, while the choice may be limited, the quality of the French bilingual programmes offered at these schools is impressive.

Here’s everything you need to know about the three international schools in Singapore offering a French-English bilingual programme, including methods of teaching, admissions requirements, curriculum, cost, and location.

Curriculum: French (Diplome National du Brevet)
Enrolment: Kindergarten to Grade 12 (18 months to 18 years)
Annual tuition fees: $17,215-26,990
Admissions requirements: Students from a school accredited by the French Ministry of Education are considered on the basis of their previous school records; all others must undergo an assessment
Qualifications: Diplôme National du Brevet, French Baccalaureate (Bac)
Results: In 2019, 80% of students received Bien/Très Bien in the DNB; more than 75% of IFS students achieved their BAC with distinction
Bilingual programme: French-English

Although the International French School (IFS) has a predominantly French student body, it is well-equipped to deliver a bilingual education to students of all nationalities; 40% of students are international in fact. While there are other international schools offering French-English bilingual streams (Canadian International School and the Swiss School of Singapore), IFS is the only school to teach the French curriculum – from Maternelle through to the Diplome National du Brevet at middle school and the Baccalauréat diploma at high school – in both English and French.

Non-native French-speaking students (up to 11 years old) get the opportunity to learn French and study the French curriculum through a full immersion experience that is unmatched by any other school in Singapore.

From kindergarten through to high school, non-French speaking students are enrolled in the Classic Stream where the curriculum is taught in both French and English with a strong emphasis on French language acquisition. Throughout the school day, individual subjects are taught in both languages by two teachers (one French, one English) in the classroom. These students get up to eight hours of lesson time in English and English is taught as a second language; the number of hours taught in English decreases from nine per week in kindergarten to 6.5 in elementary and seven in college.

The school has a strong support programme in place to help non-French speaking students get up to speed.

Students as young as five years can attend an immersive French language support programme designed to gradually integrate non-French speakers into the curriculum at elementary or middle school. Even as late as Grades 6 and 7, there is a French gateway programme which consists of a small class of non-French speaking students led by a qualified dedicated bilingual teacher. There is also a Buddy system where students are paired with their French-speaking peers. The school offers continuing support to non-French speakers; however, from Grade 8, when this becomes more challenging, students must meet certain pre-requisites in French.

As one of the first international schools in Singapore to offer a bilingual Chinese-English programme, CIS has both the experience and reputation for being a dual-language school. The school launched its French-English programme for Grades 1 and 2 in August 2018, and has offered classes up to Grade 4 since August 2020.

The French-English bilingual programme is only offered at CIS’ larger Lakeside campus (the Chinese programme is offered by its Tanjong Katong campus as well). Teaching is aligned to the IB’s PYP, which means that students can easily transition from this bilingual programme into the English-only IB Middle Years Programme at the school; it’s the only international school in Singapore where students can study the PYP in French. Students learn the same content as the English PYP but in two different languages. For example, when studying the ‘Who we are’ inquiry unit, students will learn the different body parts in French, and how the brain functions in English.

Students attend classes in either English or French on alternating days. To encourage students to become ‘bilingual, biliterate and bicultural’ the programmes focus on hands-on, immersive activities to teach not just the language but the culture as well. Each class is taught by two qualified teachers per class (one native English speaker and one native French speaker). The benefit of this two teacher model is that learning is immersive as teachers only speak their respective language in their classroom.

Fees for the French-English bilingual programme are slightly higher than the English stream. Students can enrol in Grade 1 without any French or English skills; so, you do not need to be a French speaker to join the programme. In terms of assessment, French language students write the DELF prim exam (for children aged seven to 12 years) in Grades 4, 5 and 6.

The school says the programme “educates students, through an inquiry- based approach, to be bilingual, biliterate and bicultural in both French and English.”

The Swiss School in Singapore (SSIS) is a small school that is popular with the Swiss, French and German speaking expat community. Open from pre-school through to primary, it follows the Swiss curriculum of the Canton of Zug and offers the choice of joining a French or German stream. The French stream was introduced in August 2019 with a Primary 1/2 class, and a Primary 3/4 class was added in August 2020.

Here's a school that is focused on preparing children for further education at any German or French speaking school. Its German and French streams are supported by after-school activities in all three languages; the library is stocked by a wide variety of books and DVDs in German, French and English; and teachers are primarily recruited from Switzerland.

Classes are conducted in both German/English in the German stream and French/English in the French stream. Up to age five, students are primarily instructed in English with German or French being introduced gradually. From Primary 1, reading and writing is then taught in German or French and English, and supplementary subjects such as science and swimming are taught in English.

For those looking to stay in Singapore, students can transition to SSIS’ affiliated school, the United World College of South East Asia and enrol in UWCSEA’s German language programme at its Dover campus.

Read a full review of Swiss School in Singapore here.