Are you relocating to Singapore? WhichSchoolAdvisor.com rounds up the international schools located in Singapore’s western districts of Jurong and Clementi.
Guide: International Schools in West Singapore
By Carli Allan 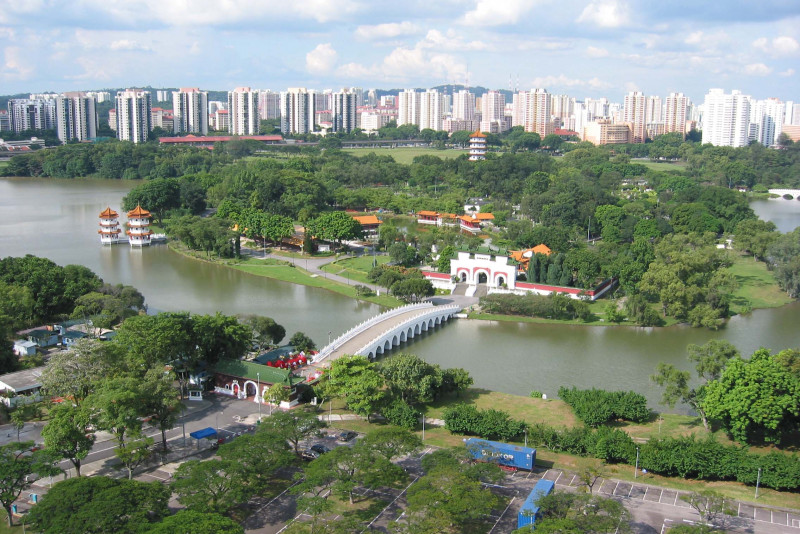 Less populated and developed than the Central and East regions, the West is a land of extremes. There’s a combination of lush forests and heavy industry centred around Jurong and Tuas, with wildlife and natural attractions including Singapore Zoo and Jurong Bird Park, farms and parks aplenty alongside marine engineering plants, shipyards and industrial estates.

While it may feel ‘out of the way’ to some, the West has more than its fair share of shops, restaurants, leisure facilities and, best of all, abundant greenery. Looking ahead, the West has been earmarked for major development that will transform the area and make it far more attractive to expats.

In early 2022, the EtonHouse education group will open its third Middleton International School campus in western Singapore; this standalone pre-school and primary school will have annual fees of less than $20,000.

Read on for a round-up of international schools in this eastern part of Singapore...

One World International School (OWIS) in Jurong is one of Singapore's most affordable schools, where students in EC1 to Grade 11 receive an IB and British-based education on a modern campus with large classrooms.

It currently offers the IB programme at primary school level, followed by IGCSEs and the IBDP. Annual school fees for kindergarten and primary school pupils start from $17,514 a year, rising to a maximum of $20,136 for secondary students. With many international schools charging $24,000 – $47,000, this makes OWIS a much cheaper alternative for an IB education.

The Nanyang campus in Jurong West Street enrols more than 1,200 students from a mix of nationalities. With at least 40 nationalities signed up to the OWIS Nanyang, it is a very international campus – something the school has planned for by placing a 30% cap on any one nationality. The school is nearly oversubscribed with students from India and Japan.

Built on the foundations of a highly respected British independent school, Dulwich College (Singapore) offers an enhanced UK curriculum with a dual language approach to Mandarin, the International Baccalaureate Diploma Programme, an exciting STEAM initiative, and a global creative arts programme. But, as one of Singapore’s most expensive schools, it all comes at a very high price.

The school has just started work on a new SE21 Innovation Hub. This seven-storey, hub will include a 400-seat multi-purpose auditorium, a STEAM (science, technology, engineering, arts and maths) workshop to accommodate its SE21 initiative (STEAM and Entrepreneurship in the 21st Century), a professional teaching kitchen, film and media suites, three additional black box theatres, IT rooms, another gymnasium, tennis courts and a sports science laboratory. Due to open in September 2023, the hub will also include a dedicated IB library, workspaces, study rooms and social areas for its college students.

Integrated International School (IIS) is one of Singapore’s leading schools for special needs education. Opened in 2009, this all-through school in Clementi offers a dual approach to learning: a mainstream education and a ‘mainstream with support’ programme for students with learning difficulties.

Teaching is based on the Australian curriculum and the school’s Support Department provides individualised education planning, behavioural and counselling support, speech and language therapy, educational therapy, occupational therapy, social skills training, and much more in groups and individually.

International Community School (ICS) is a school with community as its middle name – and this warm and welcoming mid-sized KG to Grade 12 school is as focused on producing good citizens as it is strong students.

Founded in 1993, ICS is one of several schools in Singapore to offer a US college prep curriculum, but the city-state's only Christian international school. It's not hard to understand why ICS has become such a popular school with both American and Christian expat families alike.

Although it doesn't advertise the fact in its name, ICS is a US-style school where teaching is heavily influenced by American methods. It follows a US curriculum based upon Common Core State Standards for English and Mathematics, and the Next Generation Science Standards (NGSS); the school has also developed its own social studies curriculum based on the American Education Reaches Out (AERO) standards.

The Canadian International School (CIS) offers all three IB programmes – the Primary Years Programme, Middle Years Programme, and the Diploma Programme – and it has been delivering high-quality education to expats for more than 25 years.

Whereas you'll find that some schools in Singapore jump between the PYP, the IGCSE, and the IBDP, CIS is proud to be a full IB school. Here's a school that believes the PYP and MYP is the best – and most rigorous – preparation for the diploma programme.

As well as its schools-within-a-school model, CIS Lakeside stands out from the rest with its pioneering bilingual programme in Chinese and English to students aged 4 to 10, French-English programme for Grades 1 to 5, its focus on outdoor learning, and its unique approach to teaching STEAM (Science, Technology, Entrepreneurship, Arts, and Mathematics).

Originally founded in 1912, The Japanese School, Singapore delivers a solid international education to Japanese expats. The Clementi campus, which opened in 1976, has around 800 students.

One of two Japanese primary schools owned by the independent group, the campus is located in Clementi, opposite the National University of Singapore (NUS). Facilities include an auditorium, gymnasium, libraries, audio-visual studio, sports field, swimming pool, playgrounds, music rooms, science lab, and a pet corner.

Read the full review for the Japanese School Singapore here.

Yuvabharathi International School is a popular Indian school that offers the CBSE curriculum (Central Board of Secondary Education) from kindergarten through to Class 12.

The Indian system is not widely offered in Singapore (there are only five schools here offering either CBSE or ICSE), and YBIS stands out as one of the most affordable to offer the CBSE pathway, which is the most widespread Indian curriculum in Singapore; it is also the only school to focus solely on the CBSE (other Indian schools including GIIS SMART Campus and NPS International School offer dual pathways including options to study the IBDP or IGCSEs).

The EtonHouse education group is opening its third Middleton International School campus in early 2022. Located in western Singapore, this standalone pre-school and primary school will have annual fees of less than $20,000 and widens the choice of an affordable education in the city.

Located next to Haw Par Villa MRT, MIS West Coast will be a small school for up to 500 students from Nursery 2 through to Grade 5 (four to 11 years). It will follow a January to December academic year, which places it in line with local Singaporean schools, St Joseph's Institution International School, and the Australian International School.