It's respected, highly affordable and, in Dubai at least, rated very highly by the KHDA. But, what is the French curriculum really all about? What are the ages and stages, and when are the exams? We find out more about the curriculum everyone's talking about...
The French National Curriculum: Explained
By C Hoppe 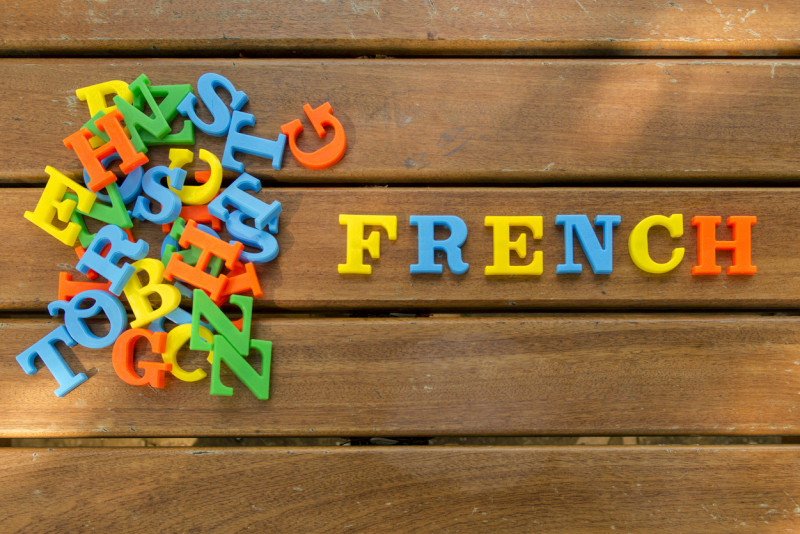 Follow-up and Quality Assessment Post-Homologation
The school is audited on a regular basis (usually at least once a year) by French inspectors. Schools are also overseen locally by the French authorities through the French Embassy.
Regular meetings and development program for leadership teams and teachers are held on a regular basis. For the follow-up and the meetings/PD, the world is split into 16 different areas (for example in UAE, we are part of the Middle East and Indian peninsula area comprising the UAS, Qatar, Bahrein, Koweït, Saudi Arabia, Iraq, Oman Iran, Kazakstan, Ousbekistan, Turkmenistan, India, Sri-Lanka, Nepal and Bangladesh.)

What age do children start in the French system, and what is the main focus in the early years?
The specificity of the French school system is that pupils have access to nursery education before the age of six, when compulsory schooling begins. It is often divided into three levels according to the age of the children.
The curriculum of nursery education (early learning cycle or cycle 1 – up to 6 years old) initial is divided into five areas:

The main purpose of nursery education is to allow pupils to develop their full potential and to have a successful first experience of school.
The emphasis is on the acquisition of language and its development, the discovery of the world of writing and that of numbers as well as learning to ‘live together’.

Petite Section (which is the equivalent of pre-KG or FS1)

Moyenne Section (this is the equivalent of KG1 or FS2)

Grande Section (this is the equivalent of KG2 or Year 1)

Cycle 3 : Consolidation Cycle
The development stage or ‘cycle 3’ (CE2, CM1 and CM2 – up to 11 years old) is a continuation of ‘cycle 2’. New disciplines are introduced in addition to the core subjects, history, geography, experimental science and technology.
(Note : end of cycle 3 is Sixième in Secondary)

Secondary: Lower Secondary - collège : (11 to 15 years old) Cycle 3 (continued from Primary|Elementary)
The purpose of the sixième / end of cycle 3 is to consolidate the achievements of primary school and initiate pupils in the working methods of lower secondary education.
(Stages are: CM1, CM2, please note : end of cycle 3 is Sixième in Secondary)

Upper Secondary - lycée : 15 - 18 years old
This stage educates students during their final three years of secondary education.
There are three common types of baccalauréat (known as séries) available to students with different interests and skills. Students keen to progress to university should undertake a  baccalauréat in an area related to their intended future field of study.
(Stages of Upper Secondary are: Seconde, Première, Terminale)

When and how are children monitored/assessed?
There is both continuous and periodic assessment, although there is no standardised tests.
Parents receive a report three times a year (livre scolaire) on the child’s progress. The marking system is a notation usually stating whether 'not achieved', 'partially achieved', 'achieved' or ‘excelled’. Regular meetings are organised by the school (usually two to three times per year) and on demand (either from the teacher or the parents).

What is the style of teaching/learning in the French Primary school curriculum?
Research, problem solving, analysis and synthesis and alternance of group work, pair work and individual work.

French language and mathematics. In addition to these core subjects there are foreign languages, activities for discovering the world, artistic practices (visual arts and musical education), the history of art, physical education.

From cycle 3: activities for discovering the world are replaced by the following subjects: history, geography, experimental science and technology.

ICT tools are used to support a range of school activities and proficiency in it leads to the first level of the Information technology and internet brevet qualification (B2i).

What is the exam system and procedure?
At the end of Troisième, pupils sit an exam to gain the Diplôme national du brevet (DNB) which assesses the knowledge and skills learned in lower secondary. It takes coursework into account and includes three written tests in French, mathematics, history and geography, civic education and an oral exam in art history.

At the end of the last year of secondary (terminale), pupils sit the baccalauréat exam – the first higher education diploma – which entitles the holder to enter the first year of university study. Some parts of the exam are taken the previous year - première (for example French). Three main options:

What are the 'pros' of choosing the French National curriculum for both French citizens and non-French nationals?
Students learning through the French curriculum are taught to truly respect academic prowess and independent, analytical thinking, emphasis on cultural knowledge.

Worldwide network of schools offering one unique program, the French national curriculum. (The way the curriculum is taught can be tailored though). 495 schools in 137 countries for 342 000 students (60 % non-French Nationals and 40% French nationals). Easy transfer from one French school to another in another country (no test required).

The French language - one of the most spoken language in the world.

The French Baccalauréat is an internationally recognised diploma.

However…
The development of school identity can be weak.

Tests results in International benchmarking tests like PISA are showing average results (comparable to the results of UK for example but behind Finland , Singapore, etc).