How to Get Into a Top Singapore School

Families relocating to, or already resident in Singapore, can have confidence in an education system that is viewed as one of the best on the world. Singaporean students regularly come top in international tests, and the country's main universities are among the top 100 in the world. Families also benefit from the option of entry to both public and private schools, but the admissions process can be complex. Our guide will take you through the process for public and private school applications.
How to Get Into a Top Singapore School
By Lyn Soppelsa 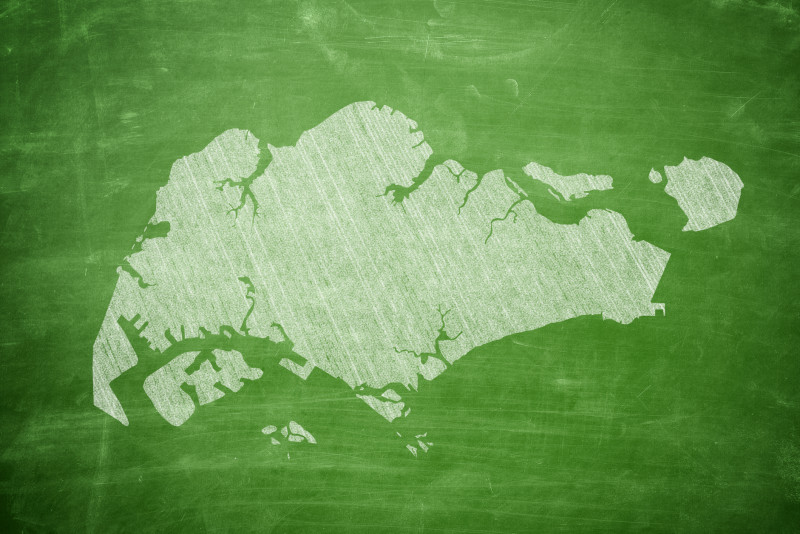 Singapore's English-medium public education system places a strong emphasis on both English and mathematics from an early age. There is also a good and now increasing choice of private international schools – something which has become much needed, given the demand for public school places from Singaporean families and families with permanent residency.

Singapore's public schools are open to expatriate families. They often appeal to expat parents as their fees tend to be considerably lower than private international schools. However, public schools are required to give first priority to Singaporean students, then consider those with permanent residency visas, and finally consider those students on other temporary visas.

In recent years, demand has been greater than supply.

Expats will find it easier to place their child(ren) in an international school where there is likely to be greater availability and to which you can apply from abroad. Singaporean students require permission from the Ministry of Education to attend a private or international school, meaning that there is less demand from local students. A broad range of international curricula are available, potentially easing the transition to and from Singapore for families relocating regularly on international assignments.

Formal education starts at the age of 6 years in Singapore.  Pre-schools and Kindergartens are wide-spread (some associated with Primary schools), but there is no requirement for children to attend school until the year in which they turn 6+.  The academic year follows the calendar January to December year (with the exception of Indian curriculum schools, which often follow the April to April academic year).

If you wish to apply for public school admission, the process is set out below.

In recent years, there have not been sufficient places for all applicants to be admitted to the Public School system – particularly at the Primary level - and we would strongly advise you not to rely on the possibility of a public school place alone for this reason.

The process usually commences in June, but international student applications are not made until end August (after Singapore citizens and Permanent residents have completed the process) and a decision on the availability of a place may not be made until November – only a month or so prior to the start of the academic year.  There is a non-refundable biennial donation to the national education fund of 1,000 SGD, payable in advance as part of the application process to public schools.

The AEIS is held at individual schools in September or October annually. It is a standardised test for those entering Primary School 2-5 and Secondary 1-3 the following year, and tests proficiency in Maths and English. You will need to apply on-line via the Ministry of Education's web site in order for your child to participate.

After the test your child may be offered a place in a public school based on how well your child performed and the availability of seats. If you are unable to be in Singapore for the first test in September/October, it is also possible to take the Supplementary Admissions Exercise for International Students (S-AEIS) in February/March of the same year the child is due to be enrolled. However, this will affect your choices when it comes to choosing a school, as popular schools will already be full.

Students can seek admission to a secondary school based on their talents and achievements in sport, the arts or leadership – not just their PSLE results and academic ability. The DSA process gives schools greater flexibility and means that students do not have to sit the AEIS.

At participating schools, the number of places available for admission through DSA is capped by the government at 20%. Students must apply directly to the school.  Read more about DSA here.

Each child should be registered at only one school at any one time and the options available are based on the residence of the family and schools in the immediate area. If a child is registered at more than one school, he may lose his place in the school of choice.

The number of Primary One vacancies each school will offer for the Primary One Registration Exercise is made available in June before the registration begins. Parents can refer to Primary School Vacancies by Phases for information on vacancies for each school.

Registration is conducted at the primary school with vacancies. The hours of registration are from 8.00 am to 11.00 am and from 2.30 pm to 4.30 pm on the scheduled registration day. Parents are required to submit the registration form (available at the school during registration) and required documents. Alternatively, parents can authorise a person to register their child on their behalf. An original letter of authorisation is required from the parent.

Balloting is conducted if the number of applications to a school exceeds the number of vacancies - refer to Allocation of Places for details on balloting. Parents can refer to Primary Schools Conducting Balloting to find out which schools will be conducting balloting at the end of each registration phase.

Parents are notified of the results of registration by post. Parents of non-Singapore Citizens/ non-Permanent Resident children who registered under Phase 3 are notified of the outcome by 30 November - only a short time before school is due to commence in January.

The following documents are required for registration:

Next: Applying to private schools