Counting the Cost of an Education in Singapore

While parents in Singapore have to accept that they are paying a high price for a high-quality education, the cost of schooling at Singapore’s international primary and secondary schools does vary. Here we look at the sliding scale of tuition fees, as well as additional costs including application fees, enrolment fees, building costs, contributions to the parents’ association, extra-curricular activities, exams, insurance...
Counting the Cost of an Education in Singapore
By Carli Allan 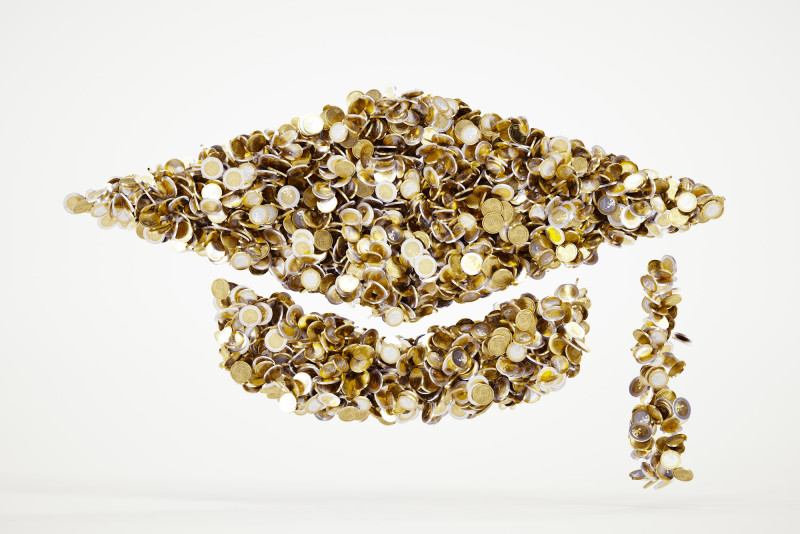 It’s the cold hard truth that Singapore’s international schools are among the most expensive in the world – and parents can expect to pay more than $580,000 over the course of their child’s education. That said, Singapore has also been ranked as having the highest-achieving schools in the Pisa rankings, which are based on tests taken by 15-year-olds in more than 70 countries.

In a 2017 study by ExpatFinder of international school fees across 98 countries, Singapore ranked fourth in the world with average annual education costs of $31,400.

While it’s interesting to see how Singapore compares to other countries, there’s more value in knowing exactly what you’re going to pay for – and why. Here we look at which international schools in Singapore charge the highest (and lowest) tuition fees, and breakdown the overall cost of an education in terms of levies, fees, insurance and much more.

Tuition fees: international
Tuition fees vary considerably at Singapore’s wide variety of international schools, which are run by independents and global education groups. Tuition fees at International Baccalaureate (IB) schools tend to be considerably higher, which makes sense. The IB demands more teachers per pupil. It is more resource intensive in general than any other curricula, particularly compared to A Level against the IB Diploma with more subjects taught. Indian curricula (CBSE and ICSE) by contrast are, in general, less resource intensive, and most accommodating to larger classroom sizes and to teachers coming from regions where salaries (in global currency terms) are lower.

The reality is that less expensive schools will usually have fewer facilities. You can't expect planetariums and Olympic-sized swimming pools if you don't want to pay for them. We are seeing a wave of new ‘affordable’ schools opening in Singapore, including Invictus Private School, Middleton International School and One World International School (Nanyang).

Tuition fees in Singapore are subject to a 7% Goods and Services Tax (GST), which is included in the fees quoted below. Most schools invoice tuition fees at the start of each semester or term, although some do offer payment on a monthly basis. Fees are reviewed annually by the government’s Education Bureau.

Debentures
A small number of international schools in Singapore sell debentures to parents in exchange for highly sought-after places. Tanglin Trust School offers a Guaranteed Placement Right (GPR) ($165,000 for a guaranteed place at the school) and a Standard Placement Right (SPR) ($85,000 to be placed at the top of the waiting list). United World College of South East Asia (UWCSEA) has a Nominee Programme (UNP) that offers corporate subscribers a place for $225,000.

The money is used by the school for building improvements, campus facilities and other capital costs and, in most cases, the debenture is refunded when the student leaves the school.

Building fund fee
Families of students at most international schools are required to pay a building fund fee, also known as a capital levy, infrastructure fee or facility fee. This is typically an annual charge that contributes to the school’s ongoing building and maintenance costs.

Annual building fund fees range from as low as $540 at NPS International to as high as $6,000 at Singapore American School. Most schools charge an annual fee of around $1,500, although some will charge a higher fee for the first year; for example, United World College of South East Asia (UWCSEA) charges $7,515 for the first year then $3,765 for all subsequent years. Schools including Stamford American International School will ask you for a one-off facility fee of around $7,000.

Due to the varying amount of the building fund fee, it’s definitely worth checking your school’s fee structure to avoid any last-minute surprises.

Fee Protection Scheme
The Fee Protection Scheme (FPS) is compulsory for all local and international students at private schools, and protects families against loss of tuition fees due to malpractice by the school. This annual charge is typically 0.6% of the total school fees plus GST.

Mandatory charges
There are many other charges that international schools often levy, and these can contribute significantly to the overall cost of providing education. While your employer may cover the cost of tuition fees, you may be left to foot the bill for costs such as books, uniform, technology, etc.

In addition to the tuition fees and building fund fee, be prepared to pay for the following throughout the school year:

• Application fees – range from $200-4,500
• Registration or admission fee – charged when you accept a school place, this one-off fee ranges from $2,000-4,000
• Uniform – while the basic school uniform may be quite inexpensive, when you add on the extras such as PE kits, school swim kit and branded towels, school goggles, branded bags, approved shoes, trainers, football boots, lunchboxes, water bottles, hats, and winter/summer uniforms it all adds up. So, budget for around $250-300
• Many secondary schools operate a 1:1 technology programme, so you’ll need to budget for the cost of an iPad or laptop as well as a technology fee from $250 up to $2,000
• School trips –  field trips and overnight camps are the norm for many schools, while older children are given a taste of global travel with expeditions and charity fundraisers across South East Asia; these can cost up to $7,000
• Exam fees – expect to pay anywhere between $500-2,500 for each set of IGCSE and IB exams
• Learning support fees are roughly $2,500 per term
• Books – budget for around $500 per year
• Graduation fees
• PTA – you may be asked to make a contribution of $50-250 annually

Check your school’s fee structure as some of these costs may be included within the tuition fees, if you’re lucky. One World International School (Nanyang) (which opens in 2018) has low annual fees of $17,000, which are inclusive of uniform (two sets), academic field trips, textbooks, technology and IT equipment, and extra-curricular activities.

Optional charges
While these charges are not compulsory, you may want to budget for extras such as school dinners and extra-curricular activities
• Canteen/school dinners – expect to pay between $4-8 per day for a hot meal and drink. Several schools provide contactless smart cards that can be loaded with credit to pay for food in the school canteen
• School transport – an essential service for many parents in Singapore, the average bus service costs around $1,200-3,000
• Extra-curricular activities – although these are sometimes provided free of charge by the school, some activities are ‘paid for’ services from outside agencies and can cost around $300 per term
• Individual music lessons
• Boarding fees – at international schools that offer boarding an average annual boarding fee is $30,000

Sibling discounts
Many schools will offer discounts for siblings, occasionally for the second child but more commonly for the third child onwards.

Scholarships
We are seeing a rise in the number of scholarships offered by schools in Singapore. Although it's a concept that is still relatively new to the island, it is offered at United World College of South East Asia (UWCSEA) and Nexus International School Singapore (NISS).