Are There Any European Schools in Singapore?

Are you a European expat family looking for a school with a curriculum tied to your home country? WhichSchoolAdvisor rounds up the choice of French, German, Dutch and Swiss international schools in Singapore.
Are There Any European Schools in Singapore?
By Carli Allan 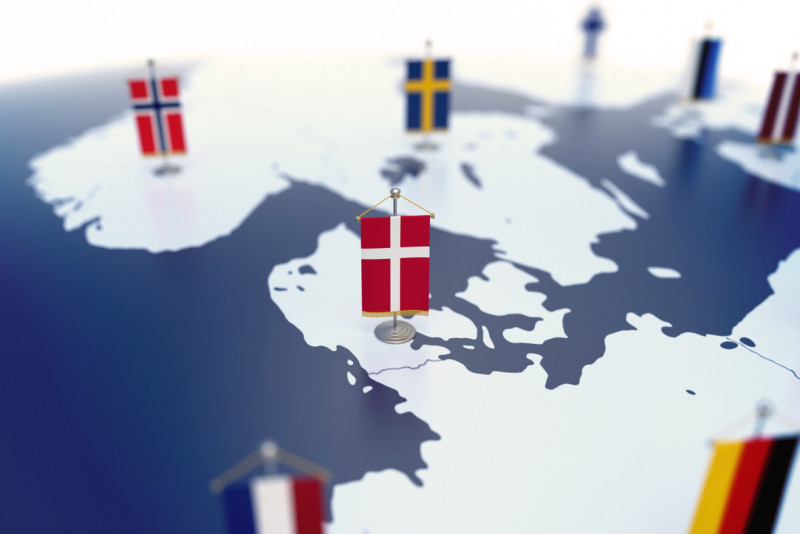 Singapore is consistently ranked as one of the best destinations for expats with children. There is a wide variety of schools following curricula from the UK to the US and every large country in between. While Singapore’s international schools sector is dominated by the International Baccalaureate programme and the UK National Curriculum, there is a small pool of European schools following the curriculum, culture, language and values of France, Germany, the Netherlands and Switzerland.

There are schools that offer the Deutsche Internationale Abiturprüfung or the French Bac, or an education taught in Dutch, German, French or Swiss. They are under the auspices of their respective governments and some, such as the French school, are part of a worldwide network.

Read on for the complete list of French, German, Dutch and Swiss international schools in Singapore.

GESS is very much a European school, and it is living up to its tagline of ‘European Foundations For Tomorrow's World’. There is a 50:50 split between the English and German streams, a student body of more than 65 nationalities, and a wide choice of European language programmes.

As well as offering the IB programme in English, GESS teaches a German stream that follows the German school curriculum (based on the curriculum of the German Federal State of Thüringen) from primary through to secondary school, and offers all German school leaving certificates. It’s ideal for German expats who plan to return to their home country for schooling or further education.

Students are streamed into three different academic tracks (Gymnasium, Realschule, Hauptschule) based on their ability and needs. The language of instruction is German, and English is taught on three differentiated levels. Students also have the opportunity to learn a third language – French or Latin – once they reach middle school; Spanish is offered from Grade 10.

GESS also has a bilingual programme that offers instruction in English and either German or Danish. Both German and Danish lessons are integrated into the school day throughout the primary years, and students have the choice of studying the German curriculum or the IB’s Primary Years Programme.

GESS offers four differentiated levels of German instruction, from absolute beginner through to fluent; the Danish programme is for mother tongue speakers only. The school also offers a German-English bilingual track in kindergarten, where “each child will receive instruction in two languages at varying points of the day”.

Read a full review of GESS.

Curriculum: French (Diplome National du Brevet)
Enrolment: Kindergarten to Grade 12 (18 months to 18 years)
Annual tuition fees: $17,215-26,990
Admissions requirements: Students from a school accredited by the French Ministry of Education are considered on the basis of their previous school records; all others must undergo an assessment
Qualifications: Diplôme National du Brevet, French Baccalaureate (Bac)
Results: In 2019, 80% of students received Bien/Très Bien in the DNB; more than 75% of IFS students achieved their BAC with distinction
Bilingual programme: French-English

The International French School (IFS) is a well-established all-through school that delivers a French education to students of all nationalities at its campus in the North-East region of Singapore. Here’s a school that follows the guidelines of the French national curriculum and is accredited by the French Ministry of Education. As a bilingual school, its curriculum is taught in English and includes the teaching of English. And as a school with more 60 different nationalities it is culturally diverse. With fees ranging from $17,215 to $26,990, it is also competitive and affordable.

IFS is Singapore’s only French school for students aged two to 18 years. And, while this school has a predominantly French student body, IFS is well-equipped to deliver a bilingual education to students of all nationalities; 40% of students are international in fact. While there are other international schools offering French-English bilingual streams (these include the Canadian International School and the Swiss School of Singapore), IFS is the only school to teach the French curriculum – from Maternelle through to the Diplome National du Brevet at middle school and the Baccalauréat diploma at high school – in both English and French. Non-native French-speaking students (up to 11 years old) get the opportunity to learn French and study the French curriculum through a full immersion experience that is unmatched by any other school in Singapore.

Read a full review of the International French School (IFS).

The Swiss School in Singapore (SSIS) is a small school that is popular with the Swiss and German speaking expat community. Open from pre-school through to primary, it follows the Swiss curriculum of the Canton of Zug.

Here's a school that is focused on preparing children for further education at any German or French speaking school. Its German and French streams are supported by after-school activities in all three languages; the library is stocked by a wide variety of books and DVDs in German, French and English; and teachers are primarily recruited from Switzerland.

For those looking to stay in Singapore, students can transition to SSIS’ affiliated school, the United World College of South East Asia and enrol in UWCSEA’s German language programme at its Dover campus.

Classes are conducted in both German/English in the German stream and French/English in the French stream. Up to age five, students are primarily instructed in English with German or French being introduced gradually. From Primary 1, reading and writing is then taught in German or French and English, and supplementary subjects such as science and swimming are taught in English.

Read a full review of the Swiss School in Singapore.

Hollandse School is a small, homely school offering a primary education in the Dutch language. This is a niche European school designed for Dutch students, where there is no language barrier to overcome and the Dutch curriculum will feel familiar. HSL is an international school where Dutch children can retain their native language at the highest level and learn English as a second language.

A popular school for families from the Netherlands and Dutch Belgium, HSL offers the Dutch curriculum for the core subjects, as well as the International Primary Curriculum (IPC) in Dutch, and part of the UK National Curriculum for English. Students get one hour of English per day in streamed classes, and the curriculum also includes from Class 7 onwards, French lessons for Flemish students.

Children aged two to four years can enrol in the preschool ‘Jip en Janneke’, which is led by one English-speaking and two Dutch-speaking teachers. Both languages are spoken throughout the day in these classes to "provide a good balance between Dutch and English".

The school celebrates Dutch culture through events such as Sinterklaas, Easter, Kingsday and Christmas, as well as local and international festivals like Chinese New Year, Deepavali and Hari Raya.