An educated man
“My definition of an educated man is a man who never stops learning and wants to learn.”
Lee Kuan Yew
1st Prime Minister of Singapore
Jurong
Singapore West, UAE 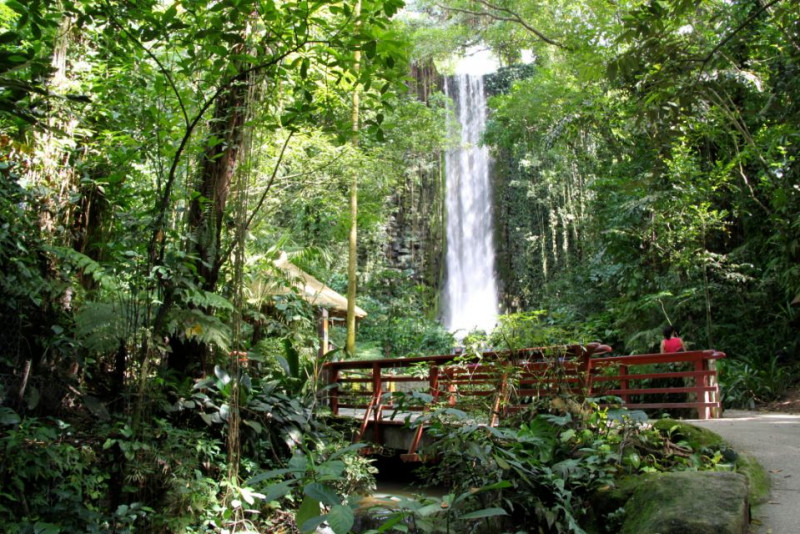 It’s impossible to overlook this very west side of Singapore. Jurong East and West is currently undergoing a complete makeover and it’s slated to be Singapore’s next business hub outside of the CBD. We can also look forward to this backwater becoming a vibrant lakeside leisure destination and an up-and-coming neighbourhood.

Formerly a mangrove swamp surrounded by farms, Jurong East and West have long been dismissed by many as a distant industrial estate with low-cost housing. Today, however, all eyes are on the ongoing development of the Jurong Gateway and Lakeside projects surrounding Jurong Lake. The leisure destination Lakeside will feature edutainment centres targeting families, which add to the existing attractions of the Science Centre, Jurong Bird Park, and Chinese Garden; the latter is a spectacular venue for the Chinese New Year celebrations. A new lakeside village will be a hub for shopping and dining, and a public park will provide the setting for leisure activities like kayaking and dragon boating.

With no less than six modern shopping malls (four of which have been built in the last five years), Jurong East is certainly helping to boost Singapore’s reputation as a shoppers’ paradise. Definitely worth a mention is the ice-cube shaped JCube mall, which even has its own Olympic-sized ice rink; JEM is known as the Orchard Road of the West because of its high street offerings; Westgate is as popular for its shopping as it is for its spread of gourmet restaurants; Big Box is a shopping warehouse for affordable buys; and IMM has a seven-storey treehouse at its centre! Over in Jurong West, Jurong Point is the city’s largest shopping mall.

Jurong is a treasure trove of cheap eats, from hawker stalls in Yuhua and the Jurong West Market and Food Centre to the cafes of Jurong East Street; don’t expect much in the way of nightlife though. By day, there is a choice of indoor and outdoor family-friendly attractions.

Jurong East has always been a popular address for anyone working in the International Business Park. Snazzy offices opening within the new Jurong Gateway commercial centre and the new high-tech industrial zones in Jurong West are attracting more residents to this area. Rising demand for housing is being met with luxury condos and modern residential developments across the neighbourhood. It seems that Jurong is fast becoming a trendy ‘hood to live in, so maybe now is the best time to move in while rental prices remain relatively low.

Transport links
Jurong East is served by the Jurong East and Chinese Garden MRT stations (East-West and North-South lines). The neighbourhood is connected to the rest of Singapore with the Pan Island (PIE) and Ayer Rajah (AYE) Expressways. It will also be the site for the Singapore station on the Kuala Lumpur-Singapore high Speed Rail service, which is due for completion in 2026.

Shopping
Jurong East is a retail destination with a choice of modern shopping malls including IMM, JEM, JCube, Westgate and Big Box, as well as a smattering of independent stores.

Attractions
There are natural attractions including the Chinese and Japanese Gardens, the Jurong Bird Park, and the Live Turtle and Tortoise Museum. For colder climes head to Snow City and The Rink at Westgate, and for a learning experience visit the Science Centre.

Bars and restaurants
There are plenty of cheap eats and hawker stalls along the main streets of Jurong East, and more upscale dining options at Westgate mall.