An educated man
“My definition of an educated man is a man who never stops learning and wants to learn.”
Lee Kuan Yew
1st Prime Minister of Singapore
Marine Parade
Singapore East, UAE 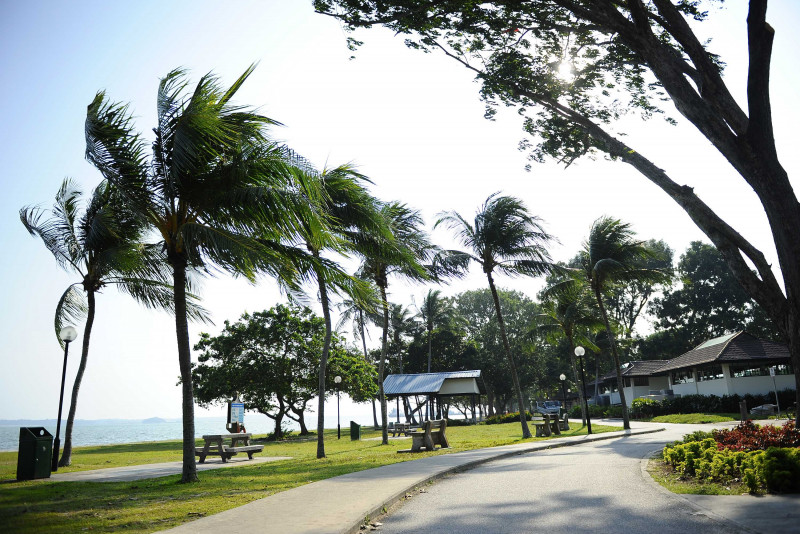 Although Singapore is an island, there are surprisingly few beachfront neighbourhoods. That’s why Marine Parade, a quaint coastal community in the East, is such a gem. It’s best known for East Coast Park, Singapore’s 15km-long beach park, which it shares with neighbouring Bedok. Here’s an address where you can soak up the sea views from your condo, walk to a white sandy beach within minutes, and enjoy a wide range of leisure activities on and off the water.

This popular expat enclave offers a wonderful respite from the hustle and bustle of the city, yet it’s just a 15 to 20-minute drive (or even shorter train ride) into the city. The great outdoors awaits in Marine Parade where the main attractions focus on the beach and sea; head to East Coast Park day or night and you’ll see anglers fishing off the jetty, families’ rollerblading and cycling along the promenade, and kayakers enjoying a paddle. There’s a charming blend of residential and recreation, and little in the way of offices or industry.

This laidback neighbourhood also oozes plenty of local charm. Previously a coconut plantation, Marine Parade was then developed into an idyllic seaside retreat for the wealthy from the 1920s; it was also a haven for the wealthy Peranakan community during the early 1900s. Many of the pretty shops, bungalows and community buildings from these eras have been preserved, which adds a huge helping of charm to this ‘seaside town’.

Joo Chiat offers a taste of ‘old Singapore’ with its rows of colourful buildings with shuttered terraces, bustling food centres and quirky cafes. You can also soak up the local heritage at the enormous hawker centre in Old Airport Road, and the local eateries in the Katong area; this is the birthplace of Katong laksa, a coconut-flavoured noodle soup.

Most properties in Marine Parade come with a sea view. Condos range from the more expensive in Bayshore Road, Parkway Parade and Meyer Road to the more affordable in Fort Road and the Tanjong Katong area. Residents have everything on their doorstep: supermarkets, a cinema, restaurants, a seven-storey shopping mall, and smaller shopping centres. The neighbourhood is also close to Changi International Airport and the Tanah Merah Country Club.

Transport links
The Daktota and Mountbatten MRT stations (District line) are on the outskirts of Marine Parade; alternatively, you’ll need to catch a bus to the nearby Paya Lebar station (District and East-West line). For motorists, the East Coast Parkway Expressway (ECP) runs through Marine Parade, and the Kallang-Paya Lebar Expressway (KPE) is easily accessible.

Healthcare
There are medical centres within Marine Parade, and an A&E department at Parkway East Hospital in neighbouring Bedok.

Shopping
There’s no shortage of choice with the seven-storey Parkway Parade mall and Peranakan-themed 112 Katong mall, as well as smaller shopping centres dotted across the neighbourhood.

Attractions
East Coast Park is the neighborhood’s biggest natural attraction; other points of interest include the Peranakan House museum and the Katong Swimming Complex.

Bars and restaurants
There are seafront eateries and bars at Parkland Green, plenty of traditional and modern gastronomic delights in Joo Chiat, Katong, and hawker stalls in the Marine Parade Food Centre.

Who lives here?
Expat and local families who love the outdoor life.