An educated man
“My definition of an educated man is a man who never stops learning and wants to learn.”
Lee Kuan Yew
1st Prime Minister of Singapore
Bedok
Singapore East, UAE 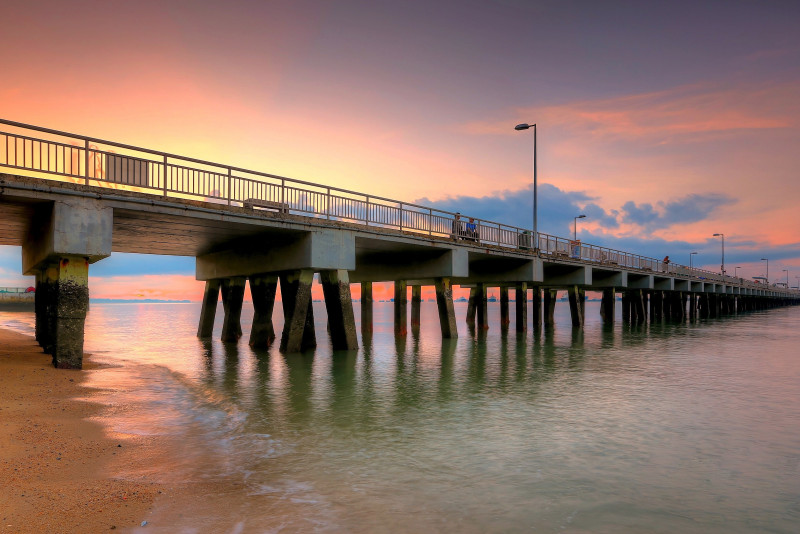 With its long stretches of beach, cycle paths, running tracks and fishing spots, Bedok is probably one of the best neighbourhoods for outdoor living. According to many proud East-siders, it also has cleaner air, lower rents and plenty of historical charm.

Once a sleepy fishing village, Bedok is slowly but surely establishing itself as a cool Eastern neighbourhood. While certain properties still look dated, older facilities in this mature town are being replaced by sleek private condos, modern shopping malls and revamped hawker centres.

Bedok’s biggest draw is the Bedok Reservoir, which is a nature lovers’ paradise for freshwater fishing, watersports, running and even zip-lining. Quieter than neighbouring areas such as Marine Parade, Bedok also has the East Coast Park on its doorstep. Venture here at any time of day and you’ll see anglers fishing off the jetty, families rollerblading and cycling along the promenade, and kayakers enjoying a paddle.

There are plenty of old and new private condos in the area, and some of the best homes can be found at Bayshore, Frankel and Siglap in western and southwestern Bedok. Beautiful waterfront condos near Bedok Reservoir include Waterfront Key and Waterfront Waves, and Bedok Residences is one of the newest kids on the block. You can enjoy sea views and resort-style living at condos in Cash Merah, Costa del Sol, Eastern Lagoon and Bayshore Park. Bedok is a prime location for anyone wanting to live close to areas like Tampines, East Coast and Marine Parade – and avoid paying their high rents.

Although Bedok is far from being an entertainment hotspot, it does have a huge cafe culture. There are trendy coffee houses, gourmet restaurants and family owned bakeries, and traditional eateries in Katong and East Coast Road. The Bedok Marketplace in Simpang Bedok and the much-talked about Fengshan Market and Food Centre (better known as Bedok 85) have a reputation for delectable food.

Transport links
The Kembangan, Bedok and Tanah Merah MRT stations (East-West line) take you into the CBD and round the corner to Changi Airport; additional stations will open on the Thomson-East Coast line by 2024. Bedok also has easy access to the Tampines (TPE), Pan Island (PIE) and East Coast Parkway (ECP) Expressways.

Healthcare
There are A&E departments at the centrally-located Changi Genera and Parkway East Hospital, as well as several GP clinics and medical centres.

Attractions
East Coast Park and Bedok Reservoir are the neighbourhood’s two biggest natural attractions; you can enjoy free activities such as swimming and running, or pay for kayaking, yoga classes, the Forest Adventure aerial park and much more. There are also several golf and country clubs in the vicinity.

Bars & Restaurants
You're spoilt for choice with a fantastic offering of hawker food at Bedok Marketplace and Fengshan Market and Food Centre.

Who lives here?
Expat and local families who love the outdoor life.

Winner of the WhichSchoolAdvisor (Singapore) Best Schools Award 2022 for Best…