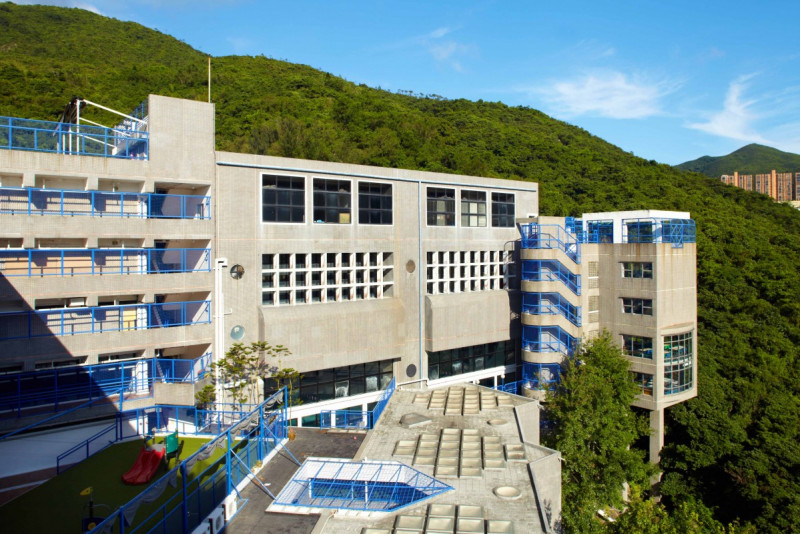 One of the largest international schools in Hong Kong, the French International School offers the French, UK and IB curricula to students across four campuses. The Jardine’s Lookout campus is home to FIS’ main primary school of around 700 students.

Founded in 1963, FIS has expanded over the past five decades to four campuses: there’s a primary school at the Jardine's Lookout and Chai Wan campuses, and a secondary school at the Blue Pool Road campus in Happy Valley. A new campus opened in Tseung Kwan O in 2018, creating 950 primary and junior secondary school places (the latter is currently planned for French stream students only).

Located in a quiet and upmarket residential neighbourhood, the Jardine’s Lookout campus is home to early years and primary (Reception to Year 5/MS to CE2) and a college for the French stream (6ème – 5ème); there’s a student population of 700 children. Facilities include an arts room, auditorium, library, indoor swimming pool, basketball court, playground, and gym.

FIS is an independent and non-profit school governed by a board made up of 12 elected parents and representative members from the French Consulate. A staff of 360 from 27 countries make up the FIS team located across four campuses.

The majority of students (more than 2,000 in the academic year 2016-17) enrol in the French stream, which follows the French curriculum and works towards the Diplome National du Brevet at middle school, and the Baccalauréat diploma at secondary school. At primary level, the French stream offers the choice of classes in French with English taught as a second language or bilingual classes in French and English, whereby each class has two teachers: one a native French speaker, the other a native English speaker. At secondary level (from Year 7/6eme), all students take bilingual classes.

The International stream had a lower but still very substantial 642 students of 30 different nationalities from Reception to Year 13 in the academic year 2016-17. It follows the National Curriculum for England to IGCSE, and then switches to the IBDP in Years 12 – 13. International stream students receive specialist teaching in French, music, Mandarin, and PE.

Are you a parent, teacher or student at French International School, Jardine's Lookout?
Take a survey arrow_forward

A major feature of the FIS campuses is the sharing of facilities and class time to create a shared curriculum covering both main languages. This is achieved through the organisation of assembly time every morning, round-robin workshops aimed at the implementation of bilingualism in action, one shared project per term, and a language policy that encourages active bilingualism through immersion.

“Our students share campuses with the French stream students and together both streams form one single community. By sharing and working together through activities, students know each other and grow from the differences and similarities they experience.”

As you’d expect from a school of this size, students benefit from a well-rounded education with a wide choice of creative arts, sporting programmes and extra-curricular activities. There are primary school camps, and Year 6 students visit China where they work on service projects, helping to prepare them for CAS (Community Action, and Service) in secondary school. It’s also a very green and community-conscious school; there are many environmental initiatives included in the timetable, including green camps and beach clean days, and participation in the annual Greenpower race to raise funds for sustainable development projects in Hong Kong.

Whichschooladvisor assumes that International stream students are expected (at least initially) to transfer to the campus at Blue Pool Road in Happy Valley to continue to secondary school. How practical an option this may be is not clear. French stream students will potentially have the option of carrying on through college at the new Tseung Kwan O campus, and we can envisage that the school may perhaps reconsider the longer term strategy at TKO if there is greater demand from international students than from French families.

For families looking at the prospects of a secondary education with FIS, the academic results are strong. In 2017-18, there was a 100% pass rate in the Bac, with 40% receiving the highest honours and more than 68% with honours or above.

The majority of FIS students continue their studies at a French university, with the second most popular destination being the UK.

A full review will be posted shortly.