Stanford professor Carol Dweck has said that education should be "joyful" and focused on understanding, rather than the rote learning endemic within Chinese and Hong Kong culture.
Stanford Professor Critiques HK's 'Rote Culture'
By Veathika 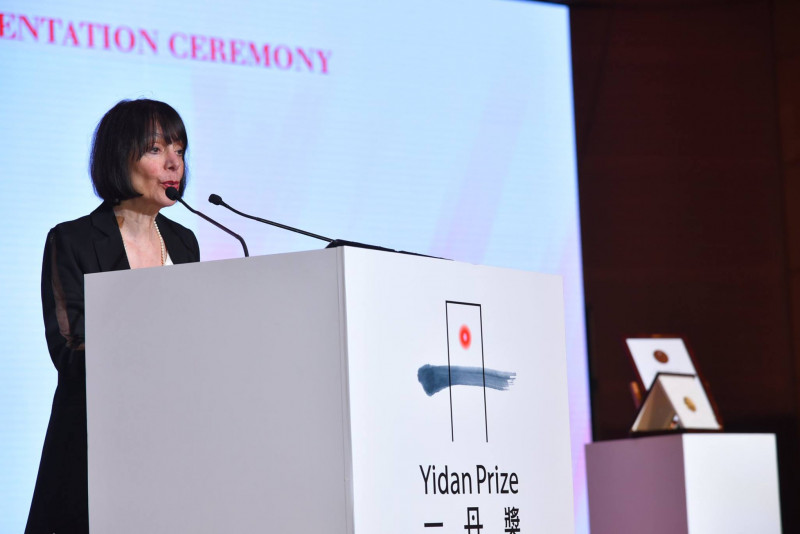 A renowned psychologist, recently in Hong Kong to receive world’s biggest education prize, has said that learning should be "joyful", focused on understanding and not "drilling" or rote learning.

The Stanford University professor was in the city to collect the inaugural Yidan Prize for research on the “growth mindset”, a belief that intelligence is not fixed and can be developed over time.

Charles Chen Yidan, co-founder of Tancent, started the prize. It comprises of two awards in education – one for research and the other for development. Each laureate receives a gold medal and HK$30 million (US$3.9 million).

Dweck, 71, said her research, which goes back 40 years, was prompted by her interest in why only some children fulfill their potential.

Her interest stemmed from an earlier experience when she was in sixth grade. Her teacher seated her class according to their IQs, despite it being the cleverest class in the school, by IQ.

“Once she did that, no one cared about learning any more, just about not making a mistake; not losing your seat.”

Professor’s findings have been implemented in countries like the US, Norway and Peru; found that kids with a “fixed mindset” would stop caring to learn. However, those with a “growth mindset” would enjoy learning and develop their abilities.

Dweck noted that the concept did not involve telling children to work hard, variations of which can be heard constantly, across Hong Kong.

“Chinese culture is already telling children to work hard. That’s not growth mindset because they’re working hard for the product, not for the growth or the joy of learning,” she said.

The professor also warned against "tiger parenting" – a term used for demanding parents, particularly in Asian cultures, push their kids to attain high grades. This can make students feel anxious, worthless and depressed.

She explained the “growth mindset” should be about focusing on understanding, questioning and thinking, and results would follow after that.

The Hong Kong government is expected to announce on the Primary Three Territory-wide System Assessment, in the next two months. Originally designed to enhance learning and teaching by providing the government with data to review policies, the assessment has become associated with a drilling culture in Hong Kong.

The government recently began a review of primary and secondary school curricula and will announce if the test will continue next year.