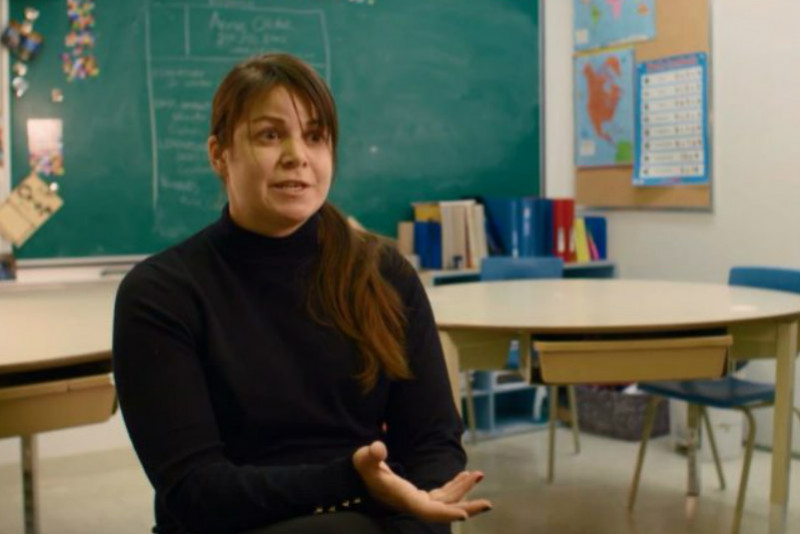 Maggie McDonnell has been announced as the winner of the US$1 million Varkey Foundation Global Teacher Prize 2017.

The event, held under the Patronage of His Highness Sheikh Mohammed Bin Rashid Al Maktoum, Vice President & Prime Minister of the UAE and Ruler of Dubai saw Canadian McDonnell recognised for her contribution to education and the profession.

McDonnell's win was announced by live-feed from an astronaut from the International Space Station.

McDonnell was recognised for her work teaching indigenous communities in Canada and for the last six years as a teacher in a fly-in Inuit village called Salluit, in the Canadian Arctic.

Her approach has been about turning students from “problems” to “solutions” through initiatives such as “acts of kindness” which has dramatically improved school attendance. Specific examples include: running a community kitchen, attending suicide prevention training and hiking through national parks to understand environmental stewardship.

In addition, her students, despite their own challenges, have fundraised over $37,000 for Diabetes Prevention.

She has also been a temporary foster parent in the community, including to some of her own students.

This has included securing over $30,000 in funding to prepare hot meals for the community.

In addition, she also created a partnership with the daycare centre where her students would work in the classrooms with experienced day care workers. They would gain valuable on the job mentorship and improve their understanding of early childhood education. Maggie also secured over $20,000 for an in-school nutrition program where students prepare healthy snacks for their fellow students.

MacDonnell told attendees of the event, “the nomination process created a means for more than 20,000 teachers to feel valued and revitalized and to have their professional commitment validated.”

“On a personal note I would like to invite my students to share in this award, as I have won this not for them but with them.”

The prize giving ceremony had many highlights, one of which was surely UK adventurer Bear Grylls jumping from a helicopter and parachuting into the event at Atlantis The Palm with the Teacher Prize trophy.

After being greeted by the Scouts and Guide groups of Dubai he made his way onto the stage to deliver the trophy to its plinth.

After the announcement, Canadian Prime Minister Jusin Trudeau, communicated via videolink his congratulations to MacDonnell and thanked teachers globally for their work.

“Maggie MacDonnell, on behalf of all Canadians... from one teacher to another... congratulations on winning the Global Teacher Prize 2017."

“You chose to teach at the Ikusik school in Salluit, a remote village in the Canadian Arctic. There are no roads to Salluit– it is only accessible by air and it gets cold, really cold. Minus twenty this time of year."

He went on to say, “I’d like to say thank you to every teacher out there. Teachers owe responsibilities to many people – to students, to parents, to the community, the school board. But in the end, as all great teachers know – they are ultimately responsible to something far greater. They are responsible to the future – and for the world that will be shaped by the children they teach," said Trudeau.

The Global Teacher Prize is now in its third year. The prize is awarded annually to one exceptional teacher who has made an outstanding contribution to the profession.