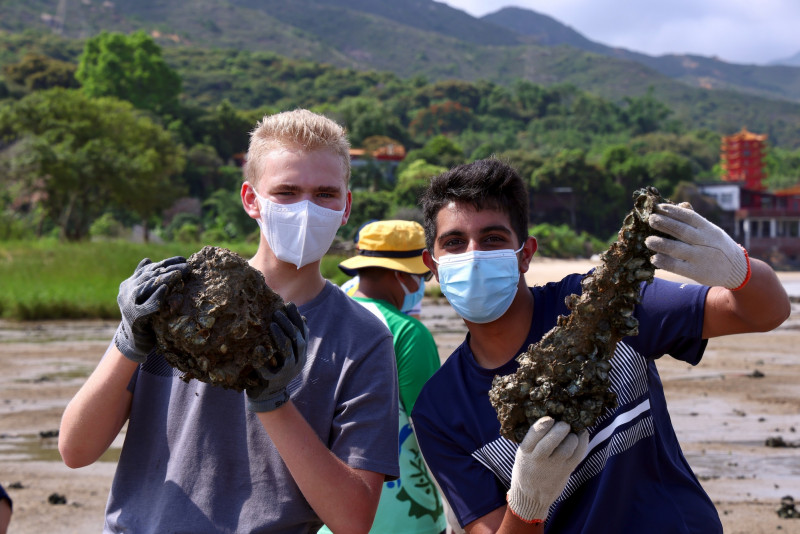 Timed song playlists to reduce water consumption in the shower, sustainable whiteboard markers and using automation for reducing air conditioner wastage were just some of the bright ideas put forward by students in a Hong Kong schools’ environment challenge.

ESF SIS students created a sustainable whiteboard markers discovered after learning that the school throws away over 10,000 plastic whiteboard markers a year, which is equivalent to 23,000 plastic bottles. The students’ idea for a more sustainable 3-in-1 crayon lasts up to 13 times longer than a normal marker and could mean that ESF’s 22 schools will be able to save 8,400kg of plastic waste annually.

At ISF Academy, students investigated energy usage in Hong Kong and found that air conditioners contribute to 30% of the power consumption, equating to 426,343 in wasted kWh annually. By using automation, the students hope to save 284 tonnes of carbon emissions as well as 400,000 kWh or HKD 500,000.

The third winning project was developed by students at LPCUWC, who discovered that their average student consumed 210 litres of water a day, compared to Hong Kong’s average of 130 litres. They proposed a number of water-saving ideas, including rainwater collectors, water-saving showerheads – and even timed Spotify playlists so that students can mindfully reduce time spent in the shower while listening to their favourite music.

Students taking part in the Nature Works Pitch Day, which was a collaboration between the English Schools Foundation (ESF) and The Nature Conservancy (TNC), have been involved in a series of talks, workshops and team-building activities during the past eight months. They were also invited to take part in a summer camp at ESF Renaissance College Hong Kong and a TNC conservation site in Pak Nai, where they participated in oyster reef conservation and conducted biodiversity surveys.

“A key challenge that has been represented time and time again, has been for global leaders to come together. But by taking action much more locally, we can effect real change and that’s one of the key things for me is your impact and the fact that all of you are making a real difference.”

“We all know that our youth are so very central in addressing the huge environmental and sustainability challenges that we face. These are no empty words, this generation will play a tremendous role in the history of our humanity. We are running out of time and the good news is that they are stepping up to the task.”